Protesters seemed to run rampant in the third week of November 2010, with ongoing massive demonstrations taking place not just in Greece and Thailand, but also earthquake-and-cholera-battered Haiti.

Meanwhile, President Obama continued his world travels following his much-publicized Asian excursions with a stopover in Portugal, where he promised a "NATO alliance for the 21st century" during a summit meeting. Russia's "Merchant of Death," Viktor Bout, was extradited from Thailand, while "Barefoot Bandit" and unlikely folk hero Colton Harris-Moore pleaded not guilty to charges that include interstate transportation of a stolen aircraft and being a fugitive in possession of a firearm.

Did you miss anything? See photos of the week in review here:

PHOTO GALLERY
Week In Review 11/14-11/20
Download
Calling all HuffPost superfans!
Sign up for membership to become a founding member and help shape HuffPost's next chapter
Join HuffPost
Voting Made Easy
Register to vote and apply for an absentee ballot today
Register now 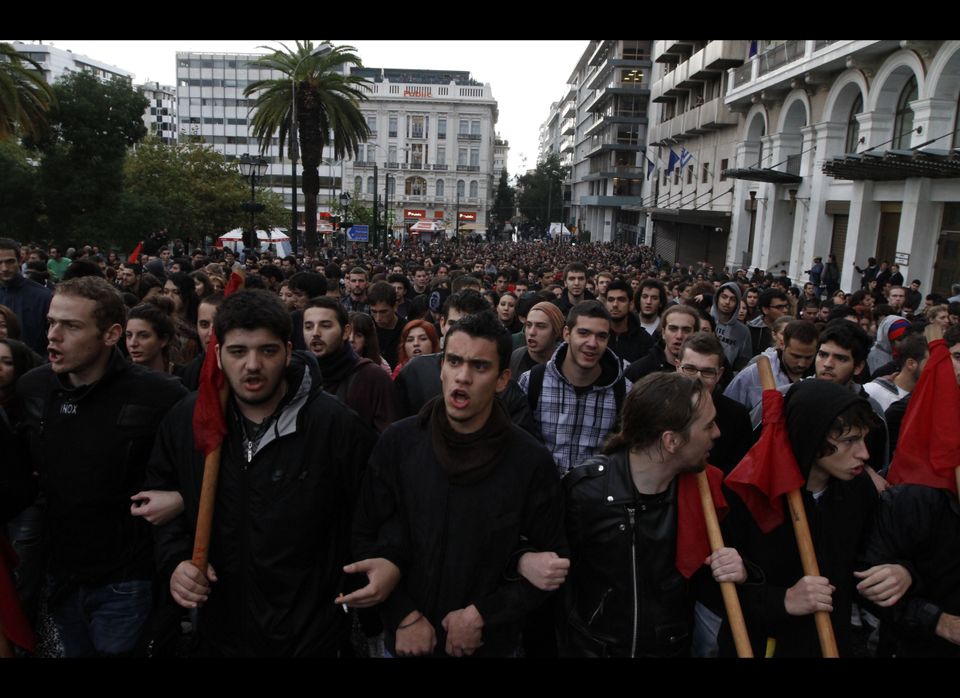 1 / 12
Greeks Clash With Police At 1973 Uprising Anniversary March
Youths hurled rocks, flares and smashed-up paving stones at police outside the U.S. Embassy in Athens on Wednesday, during a mass rally to mark the anniversary of a 1973 anti-dictatorship uprising.
AP