On Monday, part of the building that housed the Miami Herald until 2013 was demolished to make room for a luxury hotel and casino that will soon be Resorts World Miami. 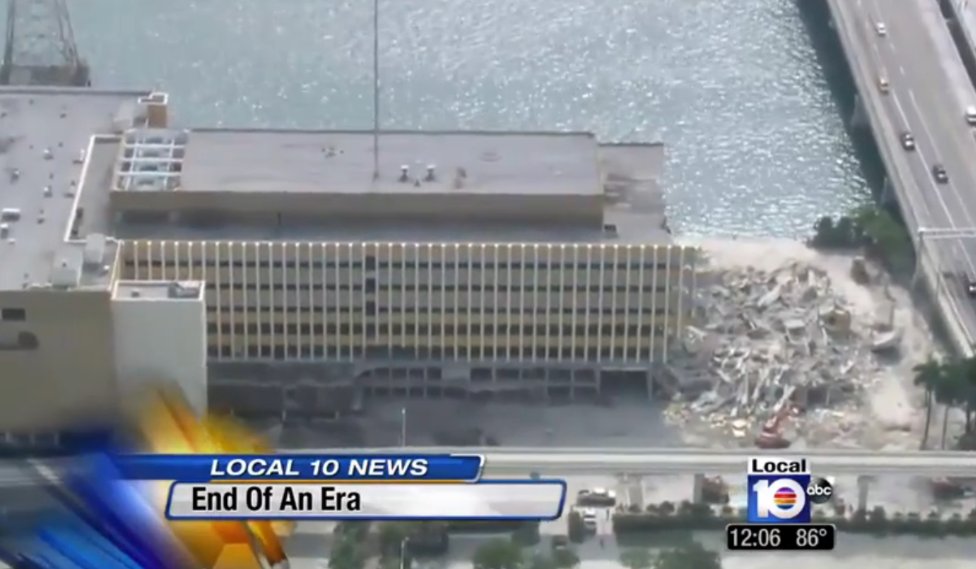 Turns out, there are a ton of former newspaper buildings that have or are about to meet the same fate: demolition. While the newspapers are moving into new buildings and continuing to operate under a new roof, there's no denying that the loss of such historic buildings strangely echoes the decline of print and the struggling industry.

2013 marked a dramatic low for the newspaper industry as print advertising revenues dropped to the lowest level since 1950, according to a new blog in American Enterprise Institute’s Carpe Diem. Print advertising revenues have dropped more than 50 percent in the last five years alone. With that in mind, it's hard to watch buildings that once held prominent newspapers get knocked down without being reminded of the eerie reality.

The former Star Tribune building (now known as the Freeman Building) in downtown Minneapolis will soon be demolished and the current Star Tribune building will also be knocked down in 2015 when the lease is up. Two 17-story office buildings will stand in the news office's place once the paper relocates. An editor from the Minneapolis St. Paul Business Journal reported that demolition crews have already begun clearing out the space. 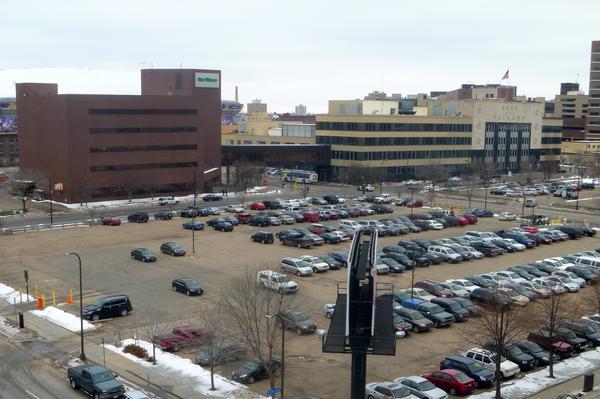 A large portion of the former Dayton Daily News building was demolished in 2013 after city officials said that the structure was "unstable" and posed a threat to "public safety." 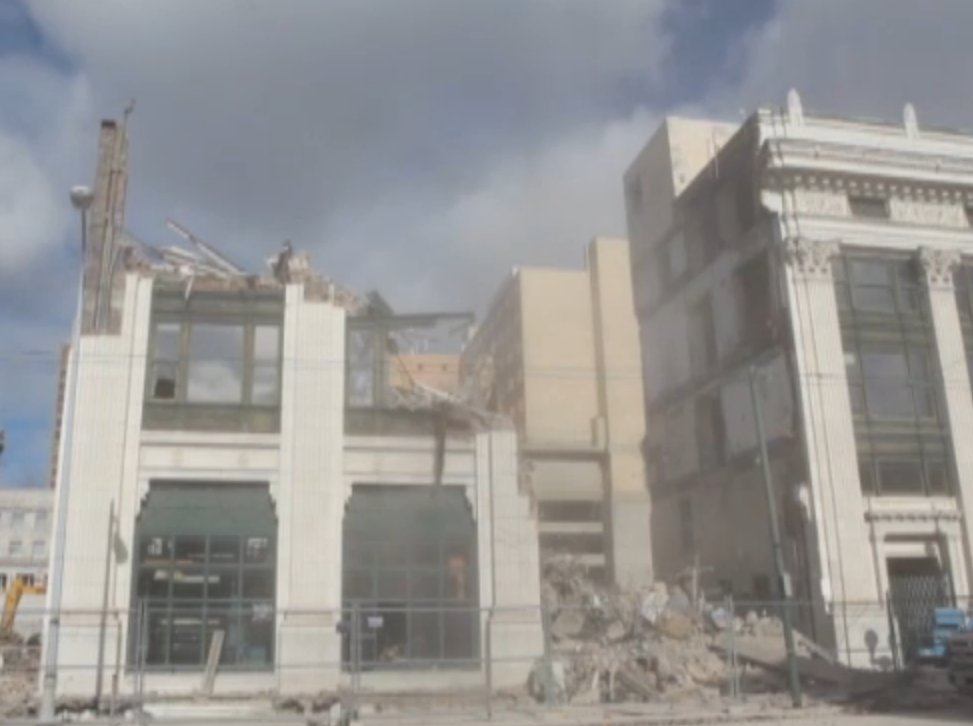 The Gannett-owned building that houses the Greenville News is likely to be demolished once its final sale is complete. Greenville News Media Group announced in July 2012 that it would be moving the company to a “new technologically advanced, scalable space that encourages staff collaboration and continuous interaction with readers.” 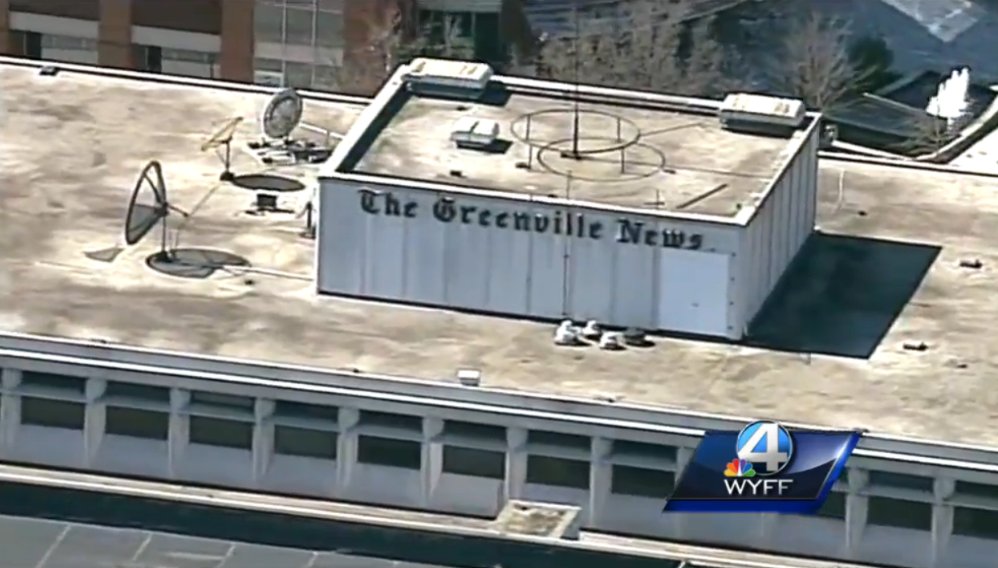 Part of the structure that once held the offices of Honolulu Star-Bulletin newspapers underwent demolition in February. The 85-year-old historic building was built in 1929 and will be cleared away to make way for a 10-story parking garage. 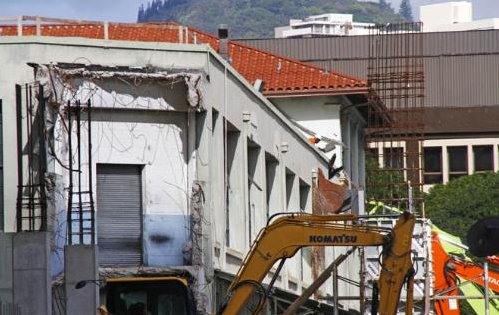 Demolition crews began work on the old Yorkshire Post and Yorkshire Evening Post offices in April after the papers moved locations in 2012. The English newspaper building was first opened in 1970 by Prince Charles. 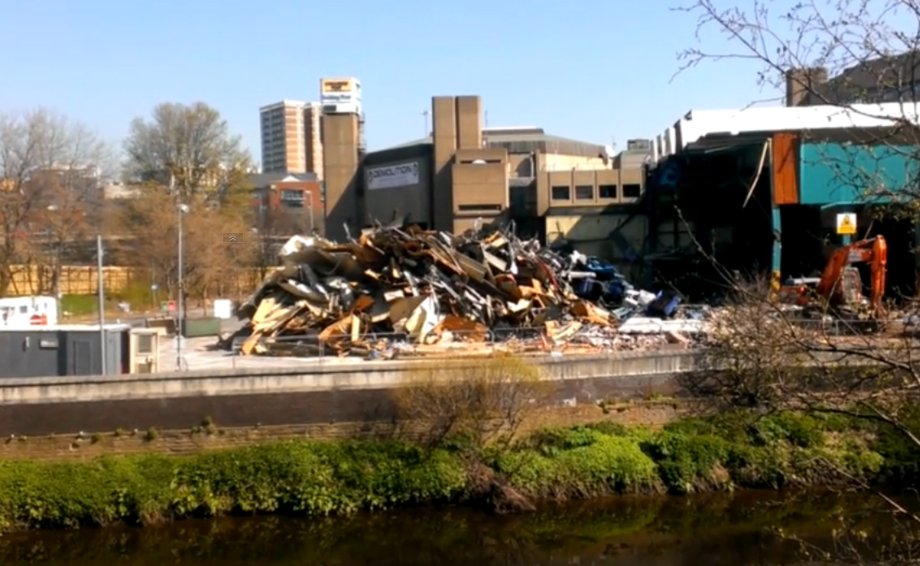