UPDATE: Aaron Sorkin released a statement to HuffPost Entertainment. Read it in full below:

Let me take a moment to say that I understand that the story in last night's episode (305--"Oh Shenandoah") about Don trying to persuade a Princeton student named Mary (Sarah Sutherland) not to engage in a "Crossfire"-style segment on his show has catalyzed some passionate debate this morning. I'm happy to hear it.

It catalyzed some passionate debate in our writers room too. Arguments in the writers room at The Newsroom are not only common, they're encouraged. The staff's ability to argue with each other and with me about issues ranging from journalistic freedom vs. national security to whether or not Kat Dennings should come back and save the company is one of their greatest assets and something I look for during the hiring process. Ultimately I have to go into a room by myself and write the show but before I do I spend many days listening to, participating in and stoking these arguments. As with any show, I have to create a safe environment where people can disagree and no one fears having their voice drowned out or, worse, mocked.

Alena Smith, a staff writer who joined the show for the third season, had strong objections to the Princeton story and made those objections known to me and to the room. I heard Alena's objections and there was some healthy back and forth. After a while I needed to move on (there's a clock ticking) but Alena wasn't ready to do that yet. I gave her more time but then I really needed to move on. Alena still wouldn't let me do that so I excused her from the room.

The next day I wrote a new draft of the Princeton scenes--the draft you saw performed last night. Alena gave the new pages her enthusiastic support. So I was surprised to be told this morning that Alena had tweeted out her unhappiness with the story. But I was even more surprised that she had so casually violated the most important rule of working in a writers room which is confidentiality. It was a room in which people felt safe enough to discuss private and intimate details of their lives in the hope of bringing dimension to stories that were being pitched. That's what happens in writers rooms and while ours was the first one Alena ever worked in, the importance of privacy was made clear to everyone on our first day of work and was reinforced constantly. I'm saddened that she's broken that trust.

EARLIER:"The Newsroom" has been criticized since its inception for its problematic sexual and gender politics. A new round of criticism began after Sunday night's episode, which featured a storyline centered around campus rape. In the episode, Don (Thomas Sadoski) tells a woman who has reported a sexual assault that he is "morally obligated" to believe her alleged attacker's claim of innocence until he is proven guilty.

After sharing New Yorker critic Emily Nussbaum's analysis of the episode, titled "'The Newsroom's Crazy-Making Campus-Rape Episode," "Newsroom" writer Alena Smith tweeted that she had been "kicked out" of the writers room when she tried to argue against the storyline.

As @emilynussbaum points out in her review of tonight's ep, you can't criticize Sorkin without turning into one of his characters.

So when I tried to argue, in the writers' room, that we maybe skip the storyline where a rape victim gets interrogated by a random man...

I ended up getting kicked out of the room and screamed at just like Hallie would have for a "bad tweet."

I found the experience quite boring. I wanted to fight with Aaron about the NSA, not gender. I didn't like getting cast in his outdated role

Other critics and writers also took issue with the episode on Twitter.

If you're going to watch #TheNewsroom tonight, just know that it deals with campus rape and it couldn't be worse.

one of the less offensive lines from this episode of #TheNewsroom

Campus rape and #TheNewsroom. What could possibly go wrong? http://t.co/AxpFKdV7pN

That NEWSROOM was like the peanut butter of Sorkin's issues with women characters hitting the chocolate of his insanity about the Internet.

"Finally, Aaron Sorkin places himself where no one wanted him: at the intersection of campus rape and the internet." http://t.co/lzcrZ9eOfg 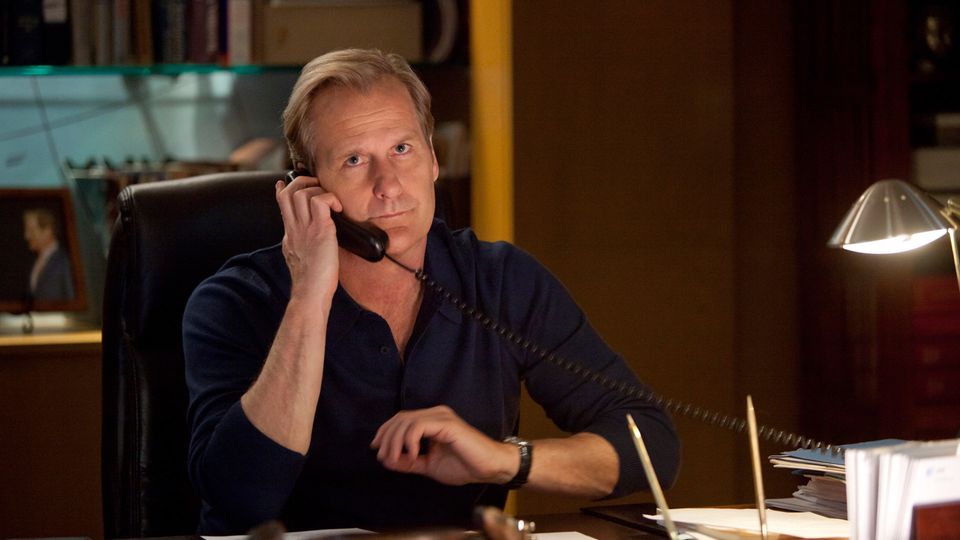