As 2016 comes to a close, I look back at what's become of news gathering, distribution and monetization and am reminded by the World Editors Forum (WEF) that change is the only constant.

"But with everything changing so rapidly and drastically, newsrooms too must adapt and better reflect new roles, new skills and new workflows, alongside evergreen journalistic values and reporting principles," we're told in WEF's rich annual report Trends in Newsrooms 2016. 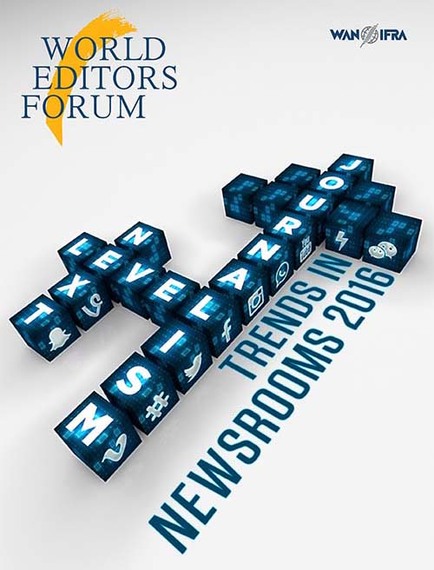 WEF, part of the World Association of Newspapers and News Publishers (WAN-IFRA), uses its experts' insights to analyze transformations' impact on journalism, delivery and engagement.

The Washington Post, one of several case studies of next-level newsrooms, has a "two-floor open space designed to encourage greater collaboration" involving a central hub of homepage editors and producers, photo and video editors, senior editors, and engineers, efficient internal communications channels, and a graphics department that's a vital part of any story. 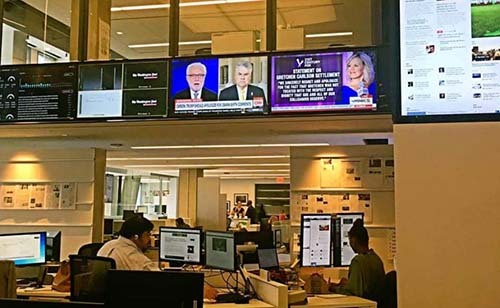 But above all, it's the story, based on solid journalistic principles of accurate, balanced (not totally detached), and ethical news gathering and reporting.

According to Post executive editor Marty Baron, quoted in the report, the conversation in the news industry has often centered on finding a sustainable revenue model, retaining the audience and social media platforms. But, he said, not enough importance has been placed on trust. 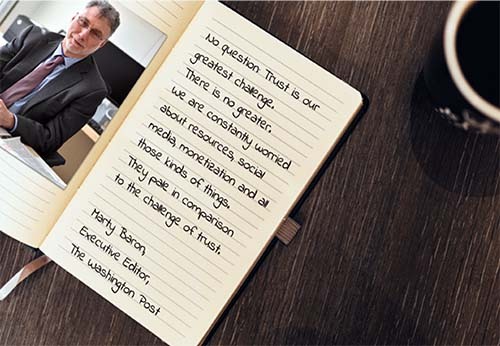 Living in digital silos like Facebook exacerbates lack of trust as its feed "is determined by an algorithm designed more to entertain than to inform," the report noted.

Misinformation and fake news have also been the bane of news organizations so they are increasingly turning to fact checking and involving their communities in helping to sort fact from fiction.

Media are also capitalizing on collaborations for cross-border investigative efforts exemplified by the Panama Papers.

A key recurring component in the newsroom trends report is ethics, with one section dedicated to the Online News Association's (ONA) Social Newsgathering Ethics Code. 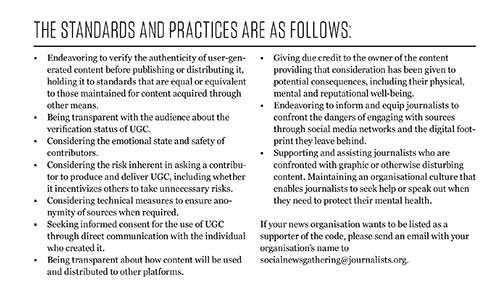 The code can be integrated into one's operations or used to form the basis of a new User Generated Content (UGC) ethics code by any individual or organization, WEF said.

An interesting segment focuses on "how social media redefine content distribution," with all the benefits and drawbacks we've experienced, driving traffic to publishers' websites at a faster and a more expanded clip than search-related traffic.

Not to be overlooked are video ubiquity, 360-degree video, virtual reality (VR), and augmented reality (AR).

"There is no question that VR has the power to break down barriers and deeply move people," the report said of the immersive experience, which an increasing number of media are adopting, although not much research has been conducted on the medium.

Here, too, ethics enters the equation and presents new dilemmas.

"There is concern that the high level of immersion may be so intense that it could be psychologically damaging. Correct labeling is critical," the report said. "Privacy is a bigger issue for VR storytelling than for 2D video, because it is much harder to control who is in the shot if you're shooting in 360°." 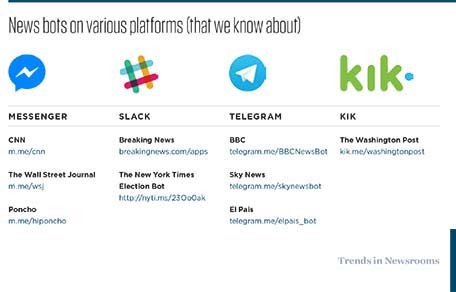 While robots performing editorial tasks aren't a novelty in newsrooms, they're being used for more than just curation and data gathering. They're writing stories and supplementing reporters' fieldwork.

Again, ethics is paramount when disseminating information that's partially or wholly machine generated and how monetizing it shapes the news landscape.

"While bots may offer benefits for publishers in terms of enabling them to reach new audiences and offer new experiences, they also have inherent limitations in terms of accountability and algorithmic transparency," the report explains.

Another ethical concern is a story that has snowballed in recent years, dominated headlines in 2016, and is likely to grow well into 2017 - migrants and refugees.

It presents newsrooms with new and challenging considerations.

"The refugee crisis is not going to go away and there has never been a greater need for useful and reliable intelligence on the complexities of migration. But if that is to happen, we must strengthen the craft of journalism." - Aidan White, director, Ethical Journalism Network, on the release of the report "Moving Stories." 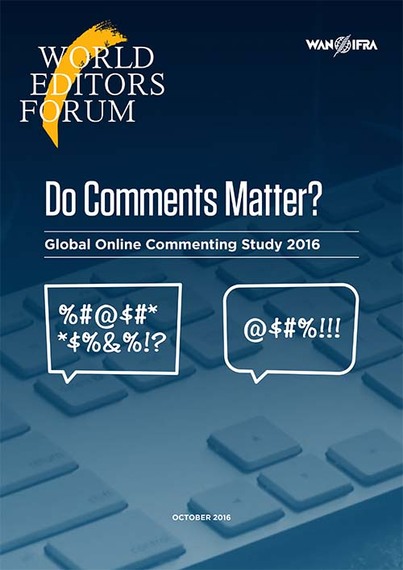 Yes, they do, but WEF asks whether media should completely turn off comments, limit them to some stories, or dedicate valuable resources to handling them 24/7.

The report provides examples of various news organizations grappling with this matter, including a growing online culture of abuse and trolling, legal and societal constraints, and, freedom of speech and civility. 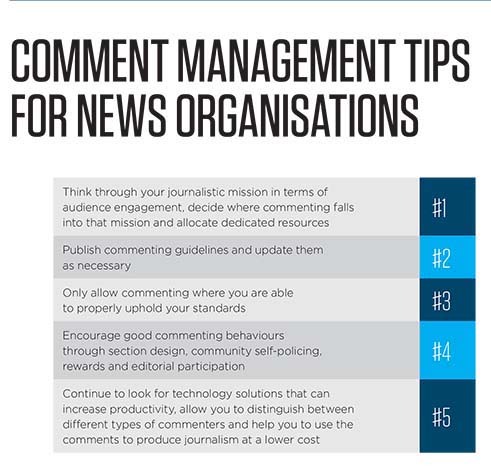 There is no single best way to manage comments.
Each news organization faces a distinct audience and culture, different business challenges, and varying legal and societal constraints and expectations. Yet as the online world fills with trolls, news organizations do have a role and an opportunity to create a space that is conducive to civil conversations and will contribute towards business sustainability.