Newsweek released the cover for its last-ever print issue on Sunday morning.

The cover features a vintage picture of the old Newsweek offices in New York, accompanied by the headline "#LASTPRINTISSUE." Ironically, the issue will be available on tablets before readers can buy it on the newsstands.

Newsweek will become a digital-only publication when the new year hits. Editor Tina Brown has said that the magazine could no longer realistically stay in print due to the new economics of the media industry.

The last issue contains essays by former editors and high-profile Newsweek alumni, as well as a lengthy oral history of the magazine.

Brown tweeted about the issue on Sunday: 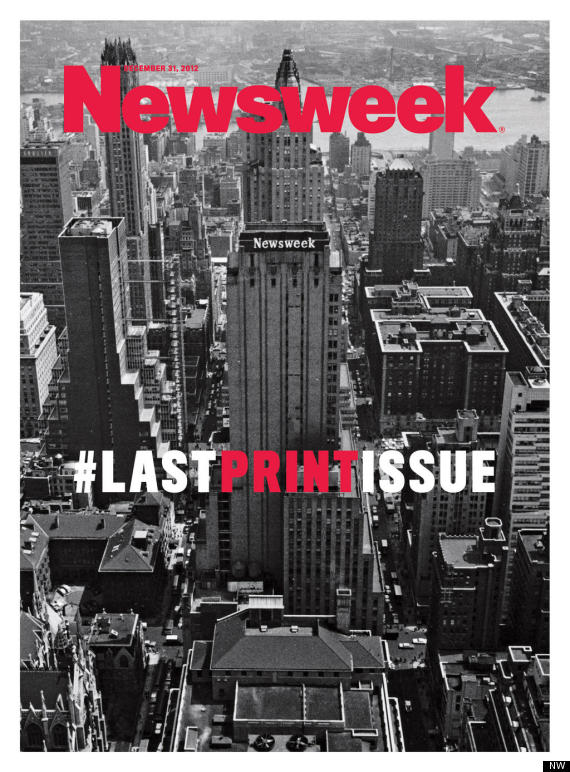