Newsweek took a trip back to 1965 for its latest issue as part of a tie-in with the return of "Mad Men."

The show is making its breathlessly anticipated comeback this Sunday, and so the magazine decided that, in addition to featuring the cast on the cover, it would make the entire magazine look like it did in 1965. That includes the logo and the typography.

Editor Tina Brown described the process in a note:

Soon creative directors from agencies all over were diving into their vaults to dust off visuals from old accounts like Spam, Tide, Dunkin Donuts, and Hush Puppies. Ad agencies like Brand Cottage, not around in those days, went retro just for kicks. I spent a happy hour before Christmas trawling through ancient footage at the BBDO agency that featured an on-camera office tour conducted by a voice of God.

See the cover below. 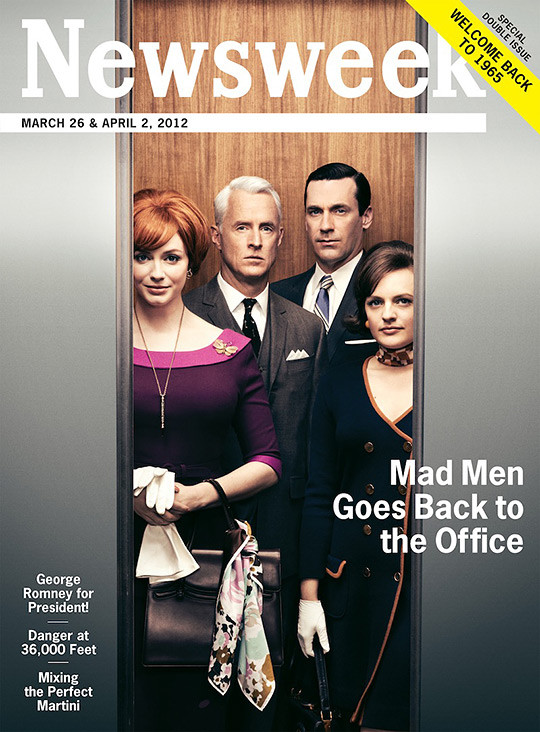