Newsweek is courting controversy yet again with its latest cover.

The magazine has become famous (or infamous, depending on your perspective) for its deliberately provocative cover choices and stories. When criticized, Newsweek has argued that it is trying to start conversations and run sharp-elbowed opinion pieces by people from across the political spectrum.

The cycle of condemnation and defense looked set to continue on Monday. The magazine's new issue leads with an article by the highly polarizing Ayaan Hirsi Ali about the protests currently taking place in the Middle East. As if that wasn't enough, the issue's cover is a scorcher. A blaring headline reading "MUSLIM RAGE" sits atop a picture of wild-eyed, bearded, saliva-flecked men: 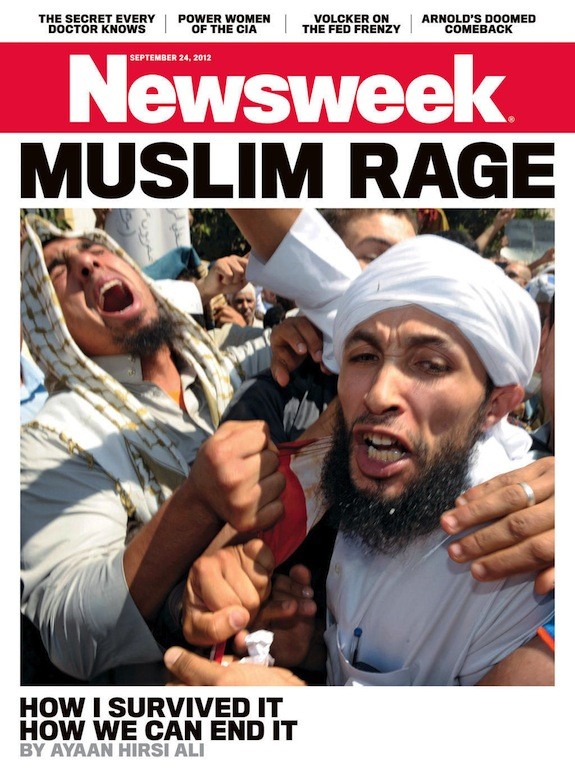 The cover attracted a predictable amount of criticism. The conservative Daily Telegraph called it a " sickening piece of shock journalism that cheapens a once great magazine" and compared it to the anti-Muslim film that sparked the protests. Newsweek is standing by its choice, however, according to the magazine's statement to Politico.