Newsweek has depicted Barack Obama with a rainbow-flag halo before. Now, in the wake of the president's reelection, the magazine is going in another direction: Obama as ... Napoleon?

The soon-to-be-extinct print edition of Newsweek unveiled its latest cover on Thursday. It shows Obama looking, in the words of the magazine's Tumblr, "very Napoleonic" in 18th-century military garb. Headline? "The Obama Conquest."

Obama's supporters could remember the famed Napoleonic Code, which marked a great leap forward in civil law. His detractors could remember all of that invading and emperor business, along with an exile to Elba and defeats by the British.

Below, see Newsweek's cover, followed by a portion of the famed Jacques-Louis David portrait of Mr. Bonaparte. 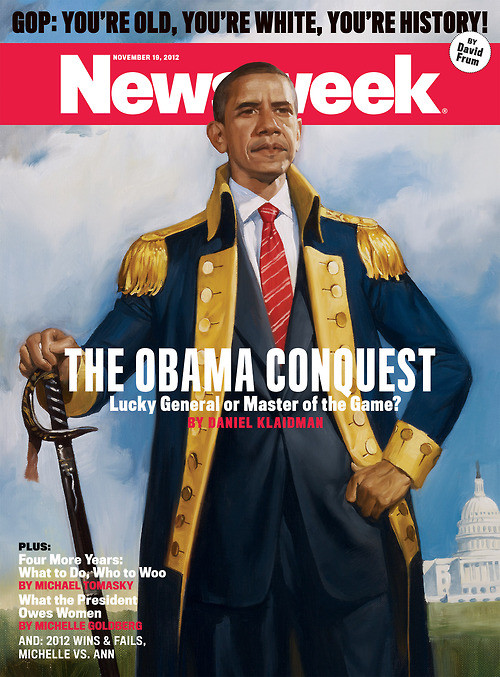 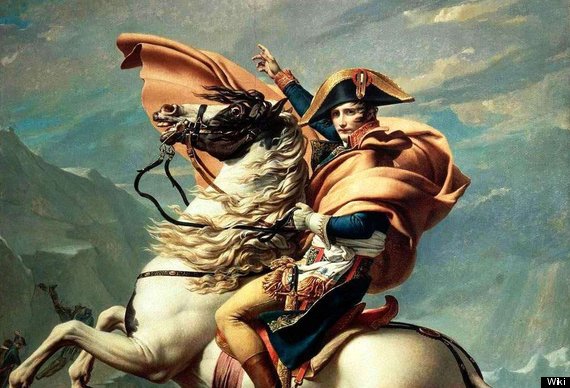 UPDATE: A number of HuffPost readers have also pointed out the resemblance between Newsweek's cover and Charles Wilson Peale's portraits of George Washington.