The cover shows Bachmann standing against a stark blue background, looking directly into the camera with a wide-eyed expression. The headline advertising the magazine's story reads, "THE QUEEN OF RAGE."

"Rage" is a word that doesn't appear in Newsweek's actual profile of Bachmann, though author Lois Romano does criticize what she calls the "radical" nature of the Tea Party that Bachmann champions.

Conservative websites are already crying foul over the cover, with some saying it makes Bachmann look "crazy" and one blogger asking, "Can anyone really say with a straight face that the mainstream media is not totally biased against conservatives?"

It's not the first time Newsweek has faced conservative backlash for a cover. In June, the magazine portrayed Mitt Romney as one of the stars of the Broadway show "The Book of Mormon." And, of course, it drew widespread criticism for its infamous Sarah Palin cover in 2009.

See the Bachmann cover below, and tell us whether you think it crosses a line. 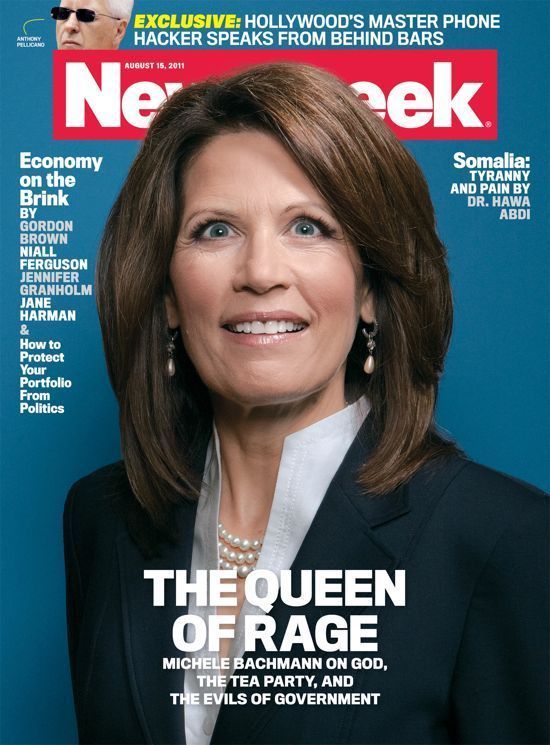