"We have no proof today, but I would say to you under Obama’s ideology it is absolutely true that he would be comfortable sending a lot of people checks for doing nothing," Gingrich told CNN's Anderson Cooper. "I believe that totally."

The Romney campaign on Tuesday released a TV ad claiming President Barack Obama "gutted" the 1996 welfare reform law, which changed welfare from a federal entitlement to a program run by states within federal rules.

In July, the administration announced states could seek waivers from certain welfare rules if they had ideas for projects that would do a better job of increasing employment among welfare recipients. But states have to apply for the waivers first, and the administration has stressed it would not drop requirements for states that don't promise better work outcomes.

Gingrich, who oversaw welfare reform as speaker of the House of Representatives, spent Wednesday defending the Romney ad from skeptical fact-checkers and Ron Haskins, a welfare expert and former House Republican staffer who helped write the welfare reform law.

"First of all, the states have to apply individually for waivers," Haskins said in an NPR interview. "And they have to explain in detail, sometimes using data, why this approach would lead to either more employment or better jobs for people who are trying to get welfare or get off welfare."

Cooper pointed out that the ad says outright that the outcome of the administration's waiver announcement is the removal of work requirements. "That’s not saying 'we assume this' or 'we think this' or 'we worry about this.' It’s saying as a fact 'this will happen,' and that’s just not supported by evidence," Cooper said.

"I think if the ad-makers had asked me, I would have said, 'this makes it possible,' would have been a good way to enter into what it said," Gingrich said.

Pressed by Cooper, Gingrich hemmed and hawed, saying, "I believe absolutely the Obama administration is filled with people who do not support the work requirement." He suggested he would have run "a much tougher ad" before finally admitting there is "no proof" for the basic premise of the spot.

The Obama campaign sent a partial clip of Gingrich's CNN interview to reporters. Cooper, for his part, called it a "stunning admission" from Gingrich.

Newt Gingrich: 'No Proof' Of Romney Ad's Welfare Claim
Newt&#039;s Vision For Life On The Moon 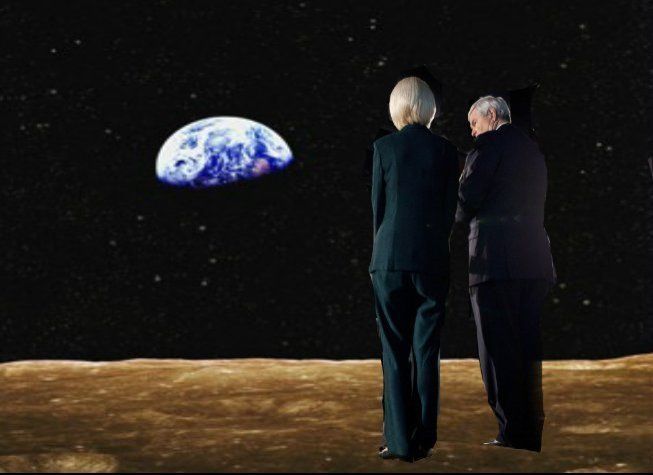