WASHINGTON -- Tyrone Lawson's pictures are still on the wall of his home in Chicago. His clothes are there, too. Every now and then, his mother, Pamela Wright, will take out an old gray T-shirt to remind herself of his smell. She still sees his friends. And she even stays true to their dinner traditions: a pizza picnic every Wednesday. As time passes since that night her son was shot dead outside a college gymnasium, Pamela holds on more tightly to the routines they shared.

This Sunday marks the two-year anniversary of the shooting of 20 students and six educators at the Sandy Hook elementary school in Newtown, Connecticut. For much of the country, the grisly milestone will be marked with remembrances, moments of silence and calls for action. For Pamela Wright, it will mean that and more. She is part of the universe of individuals who have lost loved ones in the 94 school shootings that have taken place since Newtown -- a number that went up to 95 during the time it took to publish this piece.

"You don’t think anything like that will happen to you," Pamela says. "You don’t put yourself in that situation until it occurs. Now I look at Sandy Hook, those parents had to be insane. Literally, I mean, to even wake themselves up."

Pamela is 54 years old. Tyrone was her only child. His birth was carefully planned. She hadn't wanted to get pregnant until she was 35, to give herself time to work and, perhaps, become more mature. From the moment Tyrone was born, though, he would remain unrelentingly wonderful to her. Every year, the two of them would take trips with their extended family to a camping site in nearby Indiana where they'd fish and swim and walk outdoors. They learned how to hook worms and would walk to the lakefront to find seashells, which they'd use to carve pieces of wood. Each year they'd mark a new piece with the date of their visit.

When he entered his senior year of high school, Tyrone, an honors student, had lofty ambitions. He wanted to work at ComEd or maybe even become a Navy SEAL -- a career option that racked his mother's nerves.

"I didn’t want him to get killed in the war they were having," Pamela explained. "I always tried to talk to him, like: ‘Are you really sure?’ I always had that fear. It didn’t matter."

She pauses to reflect on how misplaced, in retrospect, those thoughts now seem.

"I never would have thought he would have gone to a basketball game and never came home to me," she says.

Pamela says she has no guilt about what happened the night of January 16, 2013, though one gets the sense when talking to her that this is an ongoing internal battle she wages. What haunts her instead is that no internal triggers went off. No warning signs, no subconscious moment of dread. Instead, it was all quite normal. Tyrone, who was 17 at the time, texted her that afternoon, asking if he could go to the high school basketball game between Morgan Park and Simeon at Chicago State University that evening. She said no at first. It was a school night. But Pamela's own mother prevailed on her to let Tyrone enjoy the fleeting moments of his senior year.

They met up at home before he left. After eating, Pamela drove him to the game and gave him money for the ticket. They said their goodbyes and she told him to be careful.

"I wonder if there was something that was telling me that I shouldn’t let him go and I just didn’t read it," she says.

What killed Tyrone, in the end, was misfortune. The basketball game had been contentious, though not remarkably so. But as the two teams shook hands after the game ended, an argument broke out. Players were separated and sent back to their lockers. The tension spilled out into the stands and, from there, into the parking lot. As Tyrone ran away from the scene, two men shot him twice in the back. Someone tried to get him to keep moving. But he couldn't get up.

It was 9:20 p.m. Thirty-one minutes later, he was pronounced dead.

What does it feel like to be told that your child has died?

Pamela still isn't sure. In that moment after she received calls from a relative and from Tyrone's friends, she felt like a vast cone was being placed over her life. She could see the chaos surrounding her. But inside, she couldn't yet feel, hear or comprehend it.

"You don’t have a mind," she says. "There is nothing going through you. … It is indescribable. Sometimes I wish I could describe how your whole life has been eliminated. If you look at your children, they are like 99 percent of your life. And for someone to just kill your child is ... it’s ... unbelievable. It really is."

Pamela refused to look at Tyrone's body at the hospital, thinking that it would, quite literally, kill her. Gregory Young, her then-fiance and now her husband, identified the body instead. It was only later, at the coroner's office, that Pamela got her first glimpse.

The shooting made headlines, in large part because Simeon was (and remains) a basketball powerhouse, featuring the nation's top high school player at the time, Jabari Parker. But even just one month after Sandy Hook, the public -- and certainly the city of Chicago -- was already growing desensitized to such violence. When Tyrone was shot, there had already been four school shootings since Newtown, two of which had resulted in deaths.

Early on, Pamela coped by pretending her son wasn't dead. She'd tell people that he had gone away to the Navy and would be back soon. "That was my way of dealing with what had happened," she says. "He was going to come back and I’ll see him then."

Had she had another child, Pamela figures, it might have been easier. She'd never replace Tyrone, but she'd shift her focus elsewhere. Instead, she filled the void by reaching out beyond her family. She went into therapy, started keeping a journal and talked to other mothers who had lost children to gun violence.

"It's not hard to find them in Chicago," Pamela notes.

More recently, she's dipped her toes into the world of activism. Last week, she and Young boarded a plane and flew to Washington, D.C., for a press conference marking the two-year anniversary of Newtown. Standing in front of a crowd of 30 or so in Senate Room 115 inside the Capitol Building, Pamela nervously chewed gum and listened to the procession of speakers. As Everytown for Gun Safety, the group hosting the event, played a new video of a school shooting drill, she turned away and wiped tears from her eyes.

When it came time for her to speak, Pamela took a deep breath, pushed her hair out of her face, and approached the microphone.

"Some media outlets don't count what happened to my son as a school shooting," she told the crowd, referencing the disputes over the methodology Everytown uses to count post-Sandy Hook shootings. "They whittle down their lists by removing anything resembling so-called gang violence, not to mention accidental shootings or suicide. But Americans know that any time a gun is fired on school grounds, fear strikes an entire community."

After the speech was done, Pamela was relieved. She sat back in a chair and looked around the room.

In less than two years, life has brought Pamela horrible and inconceivable twists and turns -- but not closure, at least not yet. The men who killed Tyrone are both in jail. Pamela is still left wondering about the moment they killed her son.

"The only thing I would like to know is, did my baby die fast, did he know I loved him, and did he feel pain?" she says. "I can’t answer those. I know he loved me, but did he have a chance to think about that I loved him?"

Watch an interview Pamela Wright gave to the Chicago Tribune shortly after her son Tyrone was killed:

Pamela Wright's Son Was Shot Dead A Month After Newtown. This Is Her Story.
Victims Of The Newtown School Shooting 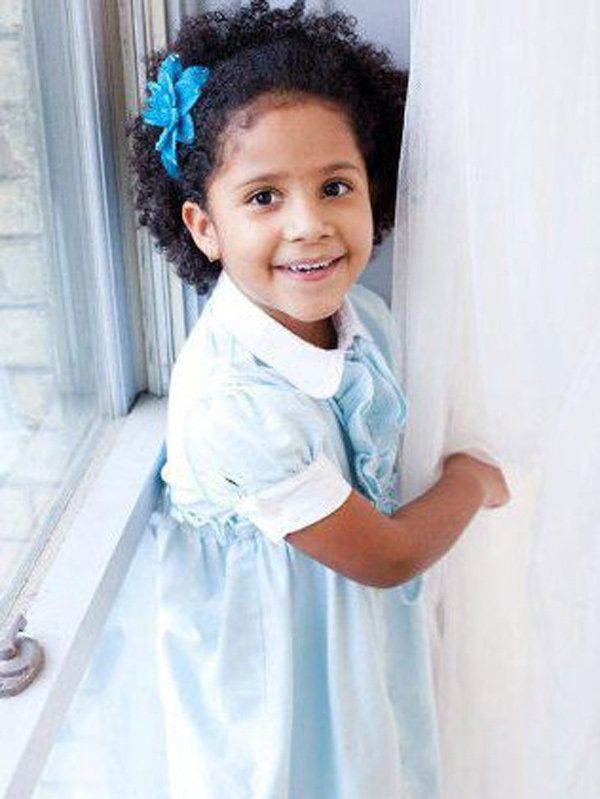