On August 21, 2017 the first total solar eclipse in decades visible from the continental United States will appear in a state near you. The last time this happened was on February 26, 1979. Who gets to see it for the longest duration is a tricky question where seconds count. 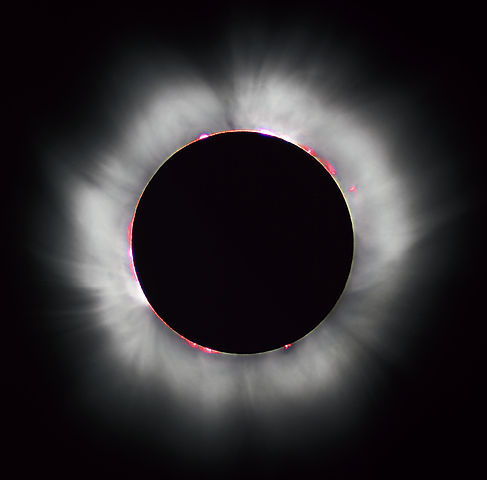 The 2017 eclipse will be visible within a 115-km wide swath from Oregon to South Carolina, with a shadow racing eastward at roughly 1 mile every 2 seconds. What's even more interesting is that on April 8, 2024 a second total solar eclipse will cross the path of the 2017 eclipse in an area just south of Carbondale, Illinois!

You have to believe a lot of towns along the 2017 path are even now making arrangements to accommodate the millions of prospective tourists who plan to be somewhere along this path of totality to get married, conceive their next child, or just groove with the moment! Most of the memorable international eclipses last 4-5 minutes allowing observers to get a good look at the beautiful solar corona. But for 2017, the eclipse lasts just under 3 minutes. The exact duration to the nearest fraction of a second is not just a matter of pushing calculations to their highest accuracy, but a matter of bragging rights for some towns along the path of totality.

The track of the 2017 eclipse (Credit Fred Espenak)

Dr. Fred Espenak, formerly at the NASA Goddard Spaceflight Center, suggests that the total eclipse will last the longest near Hopkinsville Kentucky; about 2 minutes and 40.2 seconds. The United States Naval Observatory, however, has calculated the maximum duration to be closer to 2 minutes and 42.1seconds. The difference of less than 2 seconds has a lot to do with the details of the shape of the edge of the moon with its mountains and valleys. When a best estimate model is included, the duration climbs from 40.2 to 41.7 seconds. But if you move a few miles off the center line of totality, you will also change the duration by several seconds. So it's difficult to nail down exactly where you should stand to within a mile and get the maximum possible totality.

Already the town of Hopkinsville has issued proclamations that 'The duration of totality will only last two minutes and 40 seconds, but this will represent the longest opportunity to view the eclipse in the entire world.' This town of 32,000 near the Tennessee border is making preparations to cash in on the fortuitous celestial alignment. Local officials started a Facebook page promoting the event. They also coined an advertising slogan promoting the eclipse as "the most exciting two minutes and 40 seconds in astronomy" -- playing off the Derby's claim as the most exiting two minutes in sports.

Known as the Capital of Southern Illinois, Carbondale has designated itself the US Total Eclipse Center due to the coming spectacles in 2017 and 2024. Carbondale is near the center line of the solar eclipse in 2017 with totality lasting about 2 minutes 40.3 seconds (USNO) or 2 minutes 38.0 seconds (NASA). It is also nearest to the center line for the US solar eclipse of 2024. Many people will travel to the area to view the spectacle. Start making your own plans to see the next US solar eclipse in Carbondale, Illinois. Then make plans to return for the 2024 solar eclipse at the same spot. So if you are standing in the wrong spot near Hopkinsville, you will actually see a shorter eclipse than someone in Carbondale, Illinois! So which town really has the bragging rights? I guess it's whoever grabs the title first! 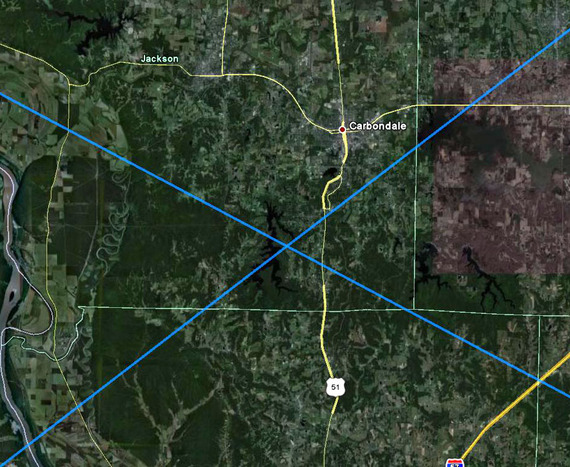 Another claim to fame for the 2017 eclipse is being touted by the entire state of Oregon with much less controversy. The eclipse will make its first landfall on Earth on the Oregon coast, between Lincoln City and Newport. It will be the first time in 99 years that the Pacific Coast of the United States has been graced in that way.

Tourism officials for Travel Oregon and the Lincoln City Visitor and Convention Bureau said they are aware of the eclipse but have yet to deploy a marketing strategy in 2014. The eclipse hits land on the Oregon coast at 10:15 a.m. Pacific Time, then moves across the state over Salem, Warm Springs, Madras, Mitchell, Prairie City and Huntington near the Snake River

Whichever place you choose to be, think about it for a moment. Isn't it amazing that someone in 2009 could predict such a spectacular event to within a few seconds across a span of a decade or more? That's like shooting an arrow 1500 miles and having it land on a target bulls eye.

Now if astronomers could only wow modern North American citizenry the way Christopher Columbus did. Columbus used the February 29, 1504 lunar eclipse to convince the natives of Jamaica to continue provisioning him and his hungry men. The Ephemeris of the German astronomer Regiomontanus had predicted it decades earlier in 1474. Today, anyone can look up future eclipses online and make plans for their great-great-great grandchildren and where they should stand to view them. They can also look up the schedules for thousands of interplanetary rocks that could potentially destroy an entire city or continent: Is 2029 going to be a bad year when the half-kilometer-sized rock called 99942 Apophis comes within 30,000 km of Earth?

We have come to expect that science can forecast many things that can be beautiful and sublime, or terrifying and deadly. But just in case, we rely on far older rituals that scientific calculation to make us feel we are in control of what may be about to happen. In an intellectually diverse civilization such as ours, both approaches will always grudgingly coexist.