"Next Steps for the Anti-Mountaintop Removal Movement" will be a series of interviews with affected residents and activists in the central Appalachian coalfields region, including West Virginia leader Bo Webb, Kentuckian Teri Blanton, Kathy Selvage in Virginia, Ash-Lee Woodard Henderson in Tennessee, and Appalachian Voices legislative aide JW Randolph in Washington, D.C. While the EPA scrambles to enforce the Clean Water Act and a Republican-controlled Congress attempts to defund strip-mining regulatory measures, and various state agencies continue to be embroiled in Big Coal machinations, millions of pounds of devastating explosives are detonated daily across mountain communities in central Appalachia. As a national movement, what should anti-mountaintop removal activists do next?

Living underneath a mountaintop removal mining operation in the Coal River Valley in West Virginia, Bo Webb has emerged as one of the most important frontline voices in the coalfield justice movement. Winner of the Purpose Prize last year, this coal miner's son has met with and lobbied EPA and OSMRE officials and members of Congress, made personal appeals to President Obama, co-founded the Mountain Justice movement with Judy Bonds and many others, worked with the Coal River Mountain Watch organization, and organized and led numerous protests, marches and health care campaigns in West Virginia and Washington, D.C. 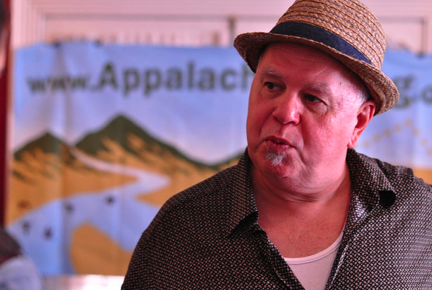 JB: Thanks to years of advocacy and actions by a growing movement, the EPA issued strict guidance rules on mountaintop removal operations last year, which EPA administrator Lisa Jackson acknowledged would end most valley fill operations. Do you think the EPA gone as far as it possibly (and politically) can in "regulating" mountaintop removal or should the EPA still be the focused of lobbying pressure?

BW: Absolutely not. The EPA can simply enforce the Clean Water Act and end mountaintop removal (MTR) now. They have not addressed, tested, or studied the air quality issue of people beneath these MTR sites being forced to breathe toxic blasting fallout of diesel fuel, ammonium nitrate, silica from blasted sandstone rock nor fungal bacteria that may be uncovered with blasting. In the interest of public health the EPA should immediately place a moratorium on all MTR operations until they can conduct a health study of the long-term effects of MTR on the people in communities beneath these sacrifice zones.

JB: Do you think mountaintop removal mining needs to be framed as only an environmental issue -- and thus, attracting more support from mainstream environmental organizations in D.C. and beyond -- or as a human rights and health care issue?

BW: It has all too often been framed as an environmental issue and in a sense it is, but far greater than it being an environmental issue it is a human rights issue. I spent my day yesterday in the once town of Lindytown and Twilight, WV. Any reasonable thinking person that should visit this place would conclude that they have witnessed the resulting act of ethnic cleansing. 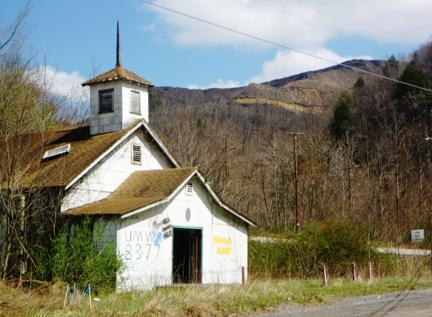 JB: After years of lobbying and leading protests in Charleston, W.V., and Washington, D.C., where do you think the anti-mountaintop removal movement should focus its funds and energy in the next phase -- and more importantly, where should foundations and major fundraising efforts be dedicated?

BW: I believe we have accomplished about all we are going to accomplish in WV and Eastern Kentucky. It is time to move pressure on Washington, D.C., to the likes and persistence they have not seen since the Viet Nam War era. We have organized in these two Appalachian states for 40 years. It is now time to stop organizing and start mobilizing. Mobilizing will in itself work to organize.

JB: Appalachia Rising -- an alliance of various groups and advocates -- brought over 1,000 anti-mountaintop removal protesters to march in Washington, D.C., last summer, where over 100 people were arrested in front of the White House. That was 9 months ago. What has happened since, and should Appalachia Rising just be an annual event to call attention to the mountaintop removal or should it be organizing more sustained and frequent actions?

BW: Actually that number was much greater than 1,000. There were at least 3000 people in the march itself and upwards of 1000 that attended the weekend workshops. We brought an awful lot of people together that came to the frame of mind that they are ready to step up to the next level of mobilization protests as opposed to lobbying congress and the EPA to stop the MTR killing machine. I am very disappointed that we are not taking full advantage of this fact with another planned DC event. I hope that soon we will do that by offering evidence of the ever increasing cancer rates in the MTR sacrifice zones.

JB: The anti-mountaintop removal movement has become a national movement, involving mainstream citizens and environmental organizations based in Washington, D.C., and San Francisco and across Appalachia, direct action groups and affected coalfield residents. A similar national movement to end poverty in Appalachia -- and to end strip-mining -- took place in the 1960s, and the question was often ask: Who speaks for Appalachia? How role should affected residents in coal mining communities play in the national anti-MTR movement?

BW: Obviously we need help, national help. But the voices of the affected people and their immediate urgency of relief from the health effects of MTR must be heard above that of other concerns including jobs and labor, and unions I might add. Often forgotten aside from the physical health issues of MTR are the mental stress health effects of people living beneath this bombing of our mountains. I know first hand the mental effects of shell shock. I witnessed it and experienced it in Viet Nam. It is evident to me that people living beneath and near this terror are experiencing much the same.

JB: The first bill to end strip-mining was introduced in 1940 by Sen. Everett Dirksen -- 70 years ago. US. Rep. Ken Hechler, from WV, introduced a bill to abolish strip-mining in 1970, and held the first hearings on mountaintop removal in 1971. Do you think it is important to maintain a citizens lobby force to push Congress, especially this current Republican-held House, to change course and abolish MTR?

BW: Yes, I do. But with that, there needs to be a much larger effort by non profits, grass roots, and big greens to mobilize their membership. It is time to get out of their seats and into the streets, and a few into the halls of congress to preach about what is happening outside their walls.

JB: Direct action -- nonviolent protests and civil disobedience -- have been a driving force in the anti-strip-mining movement since the 1960s, and saw renewed interest from campaigns led by Mountain Justice and Climate Ground Zero in West Virginia in the last few years. What role should direct action -- either periodical actions or a sustained campaign -- play in the future?

BW: It should be constant with a persistent message willing to challenge the status quo. No one that is aware of MTR should ever get a free pass so to speak, no fence sitting for any political group, Christian group or union group. We are all to be held responsible for every death that occurs from the day forth that we become aware of MTR. If we think we are doing all we can, we are wrong, we can do more. As caring human beings we understand that if we are involved in an activity that is causing harm and death to another human being, but we are not aware, then that is forgivable. But when we are given the knowledge of the truth that our activity is harming other human beings we must immediately stop that activity, otherwise we venture into an area of underlying evil. There is a bible passage that addresses this issue. I just happen to have Judy Bonds' Bible in front of me right now and I quote Hebrew's 10:26. "For if we sin willfully after that we have received the knowledge of the truth, there remaineth no more sacrifice for sins."

JB: Strip-mining takes place in 24 states, including new proposals in the endangered Cook Inlet in Alaska, the Shawnee National Forest in southern Illinois, and wilderness areas near Bryce National Park in Utah. As you know, Sec. of Interior Ken Salazar just green-lighted strip-mining operations in Wyoming that will produce 750 million to 2 billion tons of coal -- several times the annual production of all Appalachia. Why should a national anti-mountaintop removal movement only lobby to halt mountaintop removal in 4 central Appalachian states, and not other affected regions?

BW: We need to end all surface mining as soon as we possibly can. We are selling and shipping great amounts of coal overseas, perhaps more than we actually use domestically. Yet, certain politicians and the coal industry rail about the need to mine more coal in the name of energy independence. That is pure BS, and anti-American. To wrap oneself in the flag in that manner in an attempt to deflect the admission of greed is shameful. So, I say all surface mining should be halted as soon as possible, but I believe that MTR surface mining is much more than a coal issue. Again, it is a human rights issue, people are suffering and dying because of it. America's majestic Appalachian Mountains are being transformed from miraculous incubators of life into tombs of death for all living creatures in the valleys and hollows below. Ending MTR will be a great victory for all of mankind now and our future generations. It is doable, and a great leap toward truly addressing climate change. More than one million acres of God's carbon capturing forest have been destroyed by MTR. Let's end MTR first, thereby energizing the movement to move forward and stop this insane path of destruction we are on.