It's a widely known fact that if you bring up racism enough in public a white person will materialize to tell you that race simply isn't a major factor in our lives in 2016. 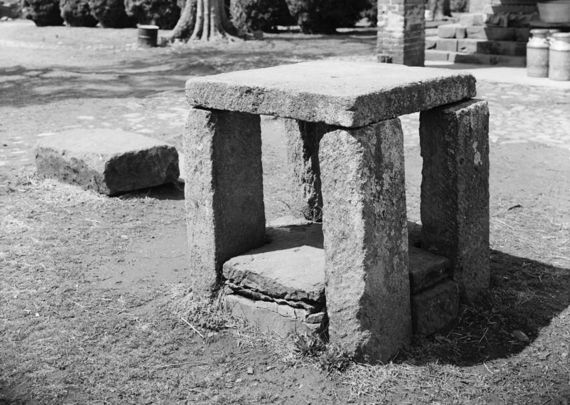 You'll present a rational argument. You'll give them studies, persuasively written articles, and suggest books for them to read. You'll share your personal experiences and the experiences of those you know navigating our white supremacist landscape.

They'll argue the data aren't sound. The writers of the articles too biased. They'll never read the books. And they'll dismiss the experiences as anecdotal and not representative of broader society--and don't you dare call it a white supremacist society. That really makes white people flip their shit.

I've had this conversation with my white counterparts way too many times, but somehow I only recently realized how backwards it is. There's no need to prove a foundational component of our national composition continues to shape its present state. The burden of proof is on those who claim this historical reality has been interrupted. The fact that racism exists in the United States is uncontroversial from a historical viewpoint. Ours is a nation founded on genocide, land-theft, and chattel slavery. There's no debate over this. There's also no debate over the existence of institutional racism throughout Old Jim Crow in the century that followed emancipation. (Nor is there any honest debate regarding the existence of institutional racism now, e.g. New Jim Crow, but let's put that aside for now.) 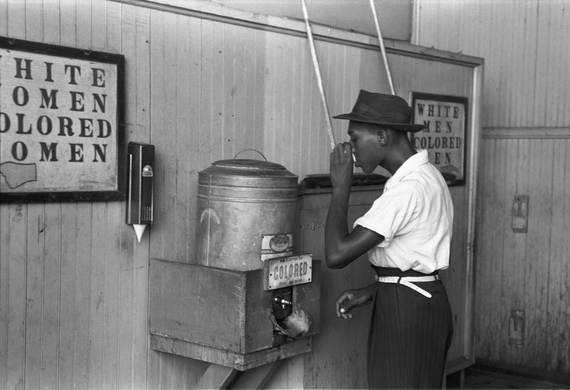 Image: An African-American man drinking at a "colored" drinking fountain in a streetcar terminal in Oklahoma City, Oklahoma, 1939
By Russell Lee - Public Domain

In that context the position that racism still exists in the United States requires no evidence--it's been the status quo since before the United States was a thing. And while we've progressed over time, we've never neared equity. Hell, Old Jim Crow represented progress at one point, but it certainly didn't mark an end to racism; though I'm sure plenty of whites at the time argued it did. Like their modern counterparts, I'm sure they too demanded proof racism still existed after emancipation. And surely they too denied the copious amounts of evidence supplied in futile efforts to alleviate them of their ignorance.

As laws change and particular manifestations of racism fade from societal acceptance racism doesn't end, it evolves. And in light of the United States' uninterrupted history of racism, anyone observing that it continues today needn't prove it so. That's on the people claiming this centuries-old facet of US culture and society somehow disappeared.

So here's the challenge, racism deniers. Prove when racism ended and its effects were allayed. Show, with data and peer-reviewed studies supporting your argument, when the effects of the hundreds of years of anti-Black racism from chattel slavery through Old Jim Crow leveled off. Show when the wealth expropriated during that oppression was repaid to those it was expropriated from and through. And remember, after you've addressed the end of anti-Black racism you'll still have to explain when anti-Latinx, anti-Asian, anti-Arab, and anti-Native racism came to an end as well.