Notre Dame's Manti Te'o has gotten as much publicity as any player in college football, but it's Georgia linebacker Jarvis Jones whose considered the better NFL prospect. Jones is a monster playmaker worth watching in the Capitol One Bowl, as he is very likely a top-five pick in April.

Here is a look at the top five players (all seniors) to watch who aren't playing in a BCS Bowl game, including Baylor's sensational wide receiver Terrance Williams, a big and versatile talent who could also be a first-round draft choice: 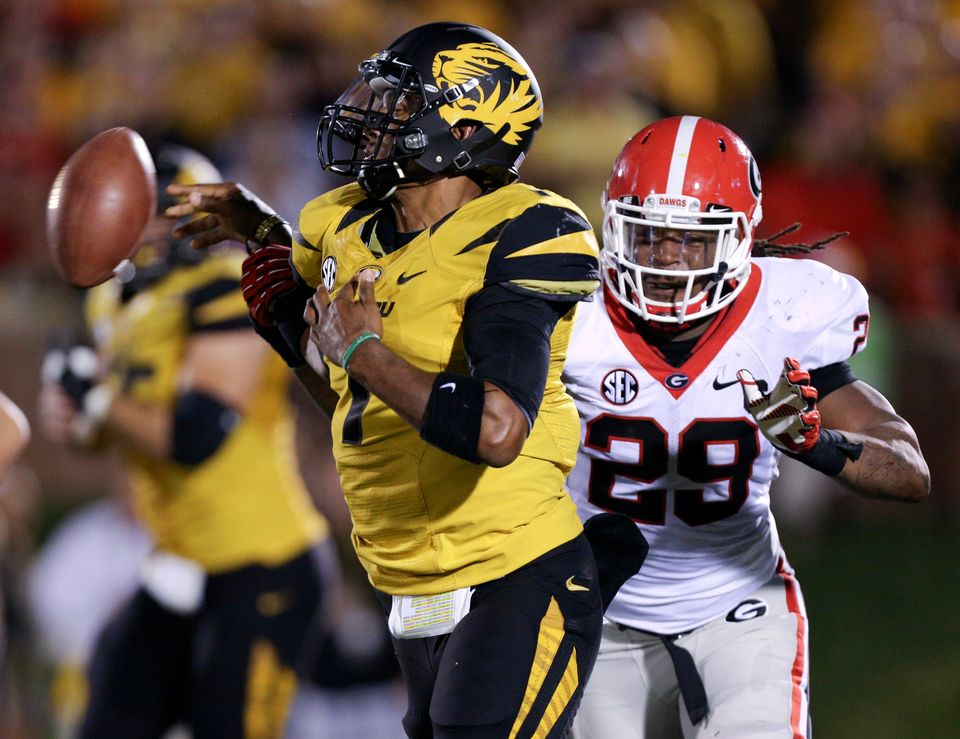 1 / 5
Jarvis Jones, LB, Georgia
<a href="http://on.aol.com/video/huffpost-sports-columnist-on-heisman-contenders-517572500">Manti Te'o</a> may have <a href="https://www.huffpost.com/entry/manti-teo-heisman-notre-dame_b_2245177?utm_hp_ref=the-schultz-report">almost won the Heisman</a>, not to mention making a clean sweep of the college football postseason awards, but talk to NFL scouts and GMs alike and they'll tell you that it's Jones who is the better pro prospect. The senior linebacker leads the nation in tackles for loss (22.5) and forced fumbles (seven) and is also third in sacks (12.5). He is a dominant athlete who covers ground and is quick enough to defend tight ends and running backs out of the backfield. The Bulldogs -- who play Nebraska on Jan. 1 in the Capitol One Bowl -- were six yards away from the national title. Jones is one of the best defensive prospects to enter the draft in quite some time.
Getty Images