The big winner at Sunday night's Arizona Cardinals vs. Washington Redskins game wasn't one of the teams or even one of the football players. It was one lucky NFL cheerleader and her romantic Air Force Captain boyfriend.

During the game, Cardinals cheerleader Claire Thornton was surprised beyond belief when her boyfriend Eric Straub -- who had just returned home from his Middle East deployment the night before -- appeared on the field in his flight suit and got down on one knee to pop the question, according to TODAY.com. 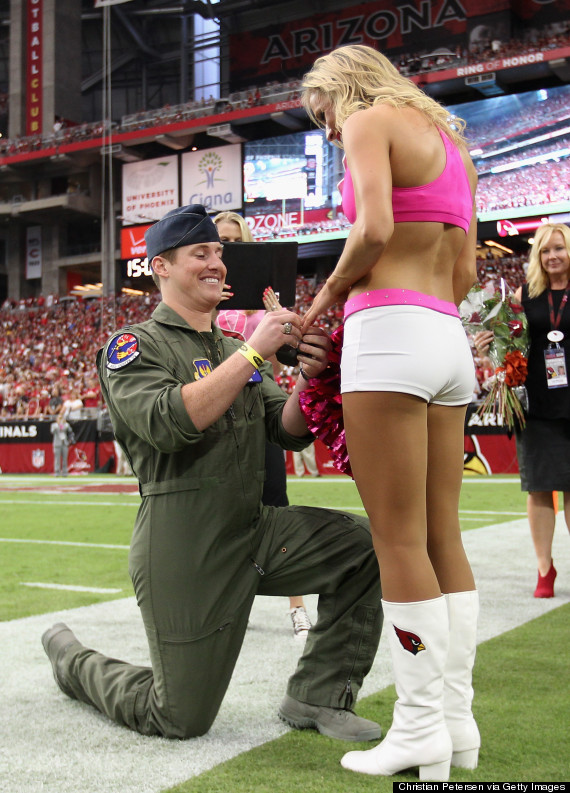 Luckily for Straub, the public proposal paid off. Thornton said "Yes!" and the crowd, which had been watching on a jumbo screen the entire time, went wild.

"It was pretty amazing,'' Thornton told TODAY.com. "I was shaking really bad. He's like 'Put the ring on!' And I'm like, you put it on me!' The best part about everything is that my whole family was there and his whole family was there, and I was doing what I love with the people that I love. It was the epitome of the best day ever.''

Here's the happy couple after the fact: 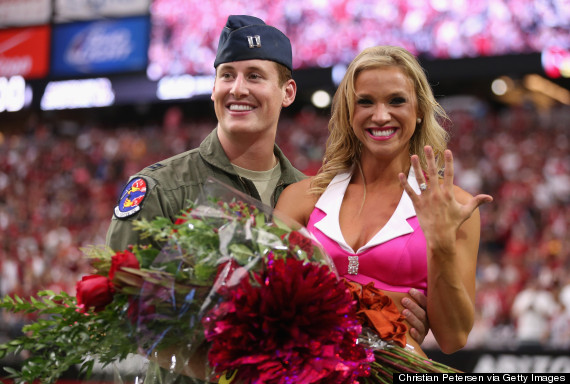 For more on the proposal head over to TODAY.com.

CORRECTION: A previous reference to Straub's "full flight gear" has been corrected to "flight suit."