Actress Nia Vardalos said she can't even get a latte without someone hitting her up with an idea for a sequel to her 2002 surprise hit movie "My Big Fat Greek Wedding."

"Over the years, I've heard from everybody about what the sequel should be. People next to me at Starbucks would say, 'hey, let me tell you my idea' and I'd be like 'hey, I'm just trying to get a cup of coffee'," she said.

Released in 2002, Vardalos's "My Big Fat Greek Wedding" is the second most profitable independent film of all time, earning almost $369 million -- or a return of over 61 times on investment, according to CNBC.com.

Now a special 10th Anniversary Edition is coming to Blu-Ray, slated for release Tuesday. The edition includes a DVD version and a Digital Copy of the movie and features deleted scenes as well as a 30-minute retrospective with Vardalos and co-star John Corbett.

Vardalos was the writer and star of the film, playing 30-year-old Greek singleton Toula Portokalos, a gamble backed by Tom Hanks and Rita Wilson that pushed Vardalos, now 50, out of obscurity. Since then, she's starred in "Connie and Carla," made her directing debut with "I Hate Valentine's Day," helped write "Larry Crowne" with Hanks -- and became a mom overnight after a social worker called in 2008 to say she'd been "matched" with a 3-year-old girl, who would be arriving the next day.

In her new book "Instant Mom" that's coming out on April 2, 2013 we -- finally -- get to experience a serious side of Vardalos.

When I caught up with Vardalos last week, she talked about the adoption of her daughter, her long-time marriage to actor Ian Gomez and plans for a sequel to "My Big Fat Greek Wedding."

Sometimes it seems like 10 years and sometimes 10 minutes. I am working on a book right now about my daughter's adoption and am chronicling those years so it's all really been coming back to me. The cast remains very much like a family. We are all very close. And that was great because when the tsunami of having a hit movie happened, I didn't have to go through it alone. We all went through it together. Even now, when we all go to a restaurant for lunch, by the time we get up to leave, the restaurant has started its dinner service.

I've seen some of the great deleted scenes included in the new 10th anniversary edition -- is there anything in particular you would now change about the film or any scenes you wish had been kept in?

I wish that everyone in the film had a bigger role. Everything everyone said was so funny. Everything Cousin Nikki said ... all of it. I wish it could all have been kept in there. They had me laughing constantly.

I know you've been asked about a sequel many, many times. But now that it's been 10 years ... are you thinking of a sequel?

Well, actually, yes. And it's only now that I've really become open to the idea. Over the years, I've heard from everybody about what the sequel should be. People next to me at Starbucks would say, "hey, let me tell you my idea" and I'd be like "hey, I'm just trying to get a cup of coffee." I never thought much about it. But then when John (Corbett) and I recently sat down to do that interview (for the 10th anniversary edition), we laughed so hard through the whole thing. It made me think that it's time. He said, "come on, write something, will you?" And I now think I will. We have such an easy chemistry together. And we have chemistry because we never "did it." That's the surefire way to kill chemistry in a scene. You have to make sure your actors don't "do it" off-screen. If they don't "do it," then they'll have chemistry on camera.

I don't think I've ever seen a photo of you when you aren't smiling. Is there anything that puts you in a bad mood?

I did go through a bit of a dark time during the years I was trying to be a mom. But I'm basically a very positive person. I feel that the industry can be sliced into two categories -- grateful actors and non-grateful actors. I'm always so appreciative that this has happened for me -- and against all odds -- as a middle child from Canada. I'm very grateful.

Obviously the film was such a success and made you a huge star so quickly. How do you deal with all that happened 10 years on? Do you measure success in different ways these days?

When everyone talked about the financial success of the movie, I really didn't know what they were talking about as I didn't understand that part of the industry. All that mattered to me was that I finally felt heard. I didn't ever look like the standard North American beauty. When the movie came out, people would tell me I was so lucky to have gotten such a part with my looks. But because I grew up with such confidence, none of that registered with me. The only thing that ever registered with me was that I wanted to be a mom. What mattered to me then and what matters to me now are connections. The media was always so focused on the money a movie makes. But I was in Times Square and a bunch of Japanese tourists looked at me and started shouting "Toula." I loved it. It's these tiny moments of connection that register with me the most and always have.

It's impossible for success to go to your head with a Greek mom -- no way. When I first did they movie and got a call telling me that never before had a film playing in so few theaters been seen by so many people, I hung up and told my mom "hey, I think something huge is happening with the movie." She said, "that's so nice ... now, will you take the chicken out of the oven?"

I know you recently turned 50 ... what would you say has been your greatest accomplishment?

Usually it's whatever I'm working on at the time. I would say though that the book is the most terrifying thing I've ever done. And it's terrifying because it's truthful. These days I stay very much in the moment but I didn't do that for a very long time because I was on such a quest to be a mom. The book is really about how we transitioned a preschooler into our home in a 14-hour period. We had almost no notice. We got the call and the next day we got our daughter. The book is about how we felt defeated. Now I know that all new moms feel that way. And there's nothing wrong with feeling that way and there's nothing wrong with saying it. I was so heartened by the freedom you have in the book world. You don't have directors shaving stuff off scripts in order to make everything more homogenized. I had so much freedom but it was so terrifying. I have broken out like a teenager. At first I thought it was the election but it was really the book.

I know you worked with Tom Hanks on "Larry Crowne" and have starred in various films. Do you have any regrets about the course of your career these last 10 years?

I think I could have taken all the studio jobs that came my way but I chose to stay Indie. "I Hate Valentine's Day" was so low budget. The camera never moved. But we laughed the whole time. It's difficult to explain to an industry that runs on dollars that it doesn't apply to the projects I choose. Making the movies I've made have not been missteps ... they've been great stories I have wanted to tell. I'm now working on a new romantic movie "Leftovers" but I've been told I'd be Tasered if I revealed any information about it.

You married your husband, actor Ian Gomez, in 1993. I know he's now on "Cougar Town" and that you recently did a guest spot on that show. Would you like to do that again?

I think it was a one-time thing but I loved the experience. There is no one I'd rather set up comedically than Ian. The two of us don't worry about looking dumb. The only thing we don't want to do is play a couple. It's hard to manufacture moments and your marriage should be about honesty so we shy away from this. I would though love to be on the show again.

What's the greatest advice you've ever been given?

Don't make everything a teachable moment ... let people be fallible and let people make mistakes. And this is true in parenting and in comedy. Sometimes it's just not the right time to correct someone or something. On a film set, for example, I like a buoyant atmosphere, one in which people are not afraid to make mistakes.

At this stage in your life, is there one rule you feel you can break with impunity?

Wow. I don't know. I am growing in my eyebrows, which is difficult to do since they start at my forehead and end at my chin. I am from Canada and I don't think we're rule breakers. I keep things out from Netflix for like a year or so ... I think I've had "Nurse Jackie" forever ... come and get it Netflix!

What would you tell your 20-year-old self today?

Don't worry so much about sucking that gut in. No one is looking. All those body issues ... I was such a confident kid and I think it's a real testament to my parents. If you were funny you got attention in my family. No one cared about looks. I would say not to worry so much. People are not focused on you all the time. So many people like to believe everyone is focused on them but it's really not true. They are focused on themselves. 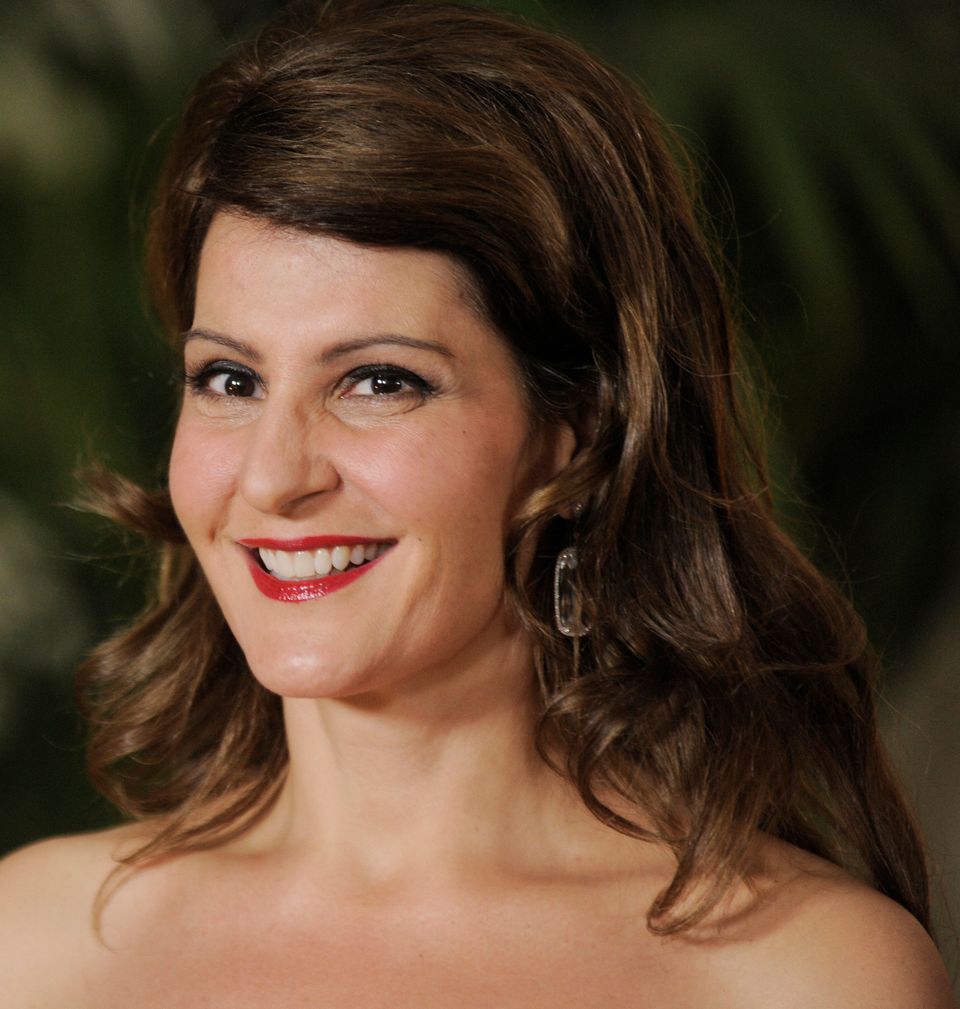