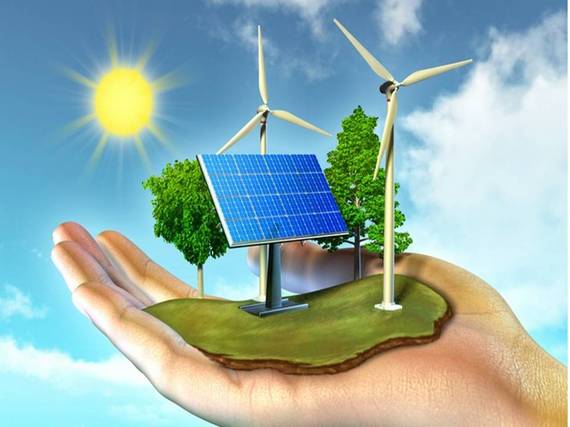 Nicaragua is far more than just the newest and swankiest destination for world travelers. It is -and mark our words - on its way to becoming the latest success story in the western hemisphere. Let us just tell you why.

Nicaragua already is a post-conflict-state success story where peace has become deep-seated and long lasting. The last shots of the "contra" war (1982-1990) against the Sandinista government were heard 25 years ago when close to half of today's Nicaraguans hadn't even been born. The other half, the war generation, has - quite pragmatically - reconciled, taking their differences to the political landscape. Today's Nicaraguans abhor violence and conflict and stand hopeful and happy about their future prospects. Many, exercising their freedoms, have even flipped sides making alliances with their former foes, or have simply detached themselves from politics to savor the longest time-span of peace they have ever lived in.

Nicaragua is the safest country in the CAPDR (Central America, Panama, and the Dominican Republic) region. Notwithstanding the fact that "northern triangle" neighbors Honduras - which has about 90 homicides per 100,000 inhabitants - Belize, El Salvador, and Guatemala, rank among the top five countries with the highest homicide rates in the world, according to UNODC statistics, Nicaragua - with 10 per 100,000 inhabitants - sticks out as an oasis of peace and security in the region. With the lowest budget per cop and lowest per capita income in the region, Nicaragua disproves causation of the - once believed infallible - correlation between low income and high crime. Experts associate these low murder rates to the legacy of the Sandinista Revolution having totally renewed an old and corrupt dictator's army by an army and police of young idealists in the 1980s, as well as to an inclusive community-based model farther deepened within the last 8 years. In 2011, according to the last available statistic from the UNDP report on crime, Nicaragua ranked third (only after Paraguay and Panama) in having the lowest robbery rate per 100,000 inhabitants in Latin America. While places like Argentina had 973, Mexico 688, Chile 468, and Costa Rica 400, Nicaragua had only 71 robberies per 100,000 inhabitants. According to the same report, about 65 percent of Nicaraguans have a lot or some confidence in the country's criminal justice system (again, only second to Panama in Latin America).

Political stability has gradually taken root. In 1984, after half a century of an iron-fist dictatorship, one of the worst of its kind - historians argue -, a new period of - albeit incipient - liberal democracy was inaugurated as the Sandinista rebels legitimized their mandate through the first ever universal and politically plural free elections in the country. Six consecutive national elections and nearly a dozen regional and municipal elections have taken place while five different political coalitions have alternated the reins of government and uninterruptedly completed their mandates since. Transfer of power has occurred with ever decreasing tensions, being the most memorable the first peaceful transfer of power in Nicaragua's contemporary history when Sandinista leader and outgoing president Daniel Ortega - in a complex and volatile environment - conceded victory to the opposition's candidate and president-elect Violeta Chamorro in 1990. All successive presidents since - all of them alive and hopefully well - with their merits and flows have contributed to the nation-building efforts leading to this new plateau of stability. There are neither political prisoners nor political exiles, let along political persecution a thing of a long-gone past.

The next Nicaraguan revolution: towards becoming a renewable energy powerhouse. Nicaragua is hosting a new kind of revolution these days. A renewable energy revolution whose casualties are CO2 emissions, low service coverage, and oil imports. Nicaragua produces neither oil nor gas, but it has a corridor of steady winds, plenty of sun and active volcanoes. In other words, a renewable energy heaven is quickly becoming a green energy powerhouse in the region. As soon as 2016, the bulk of Nicaragua's electricity will come from hydroelectric dams, geothermal plants and wind farms. Electricity generation and distribution are now more accessible, more reliable and cleaner than ever before. Progress has been staggering if we consider that in 2007 almost eighty percent of power generation came from fossil-fuel plants, while in 2014 the share of power coming from fossil-fuel plants had dropped to nearly fifty percent. Effective power generation is now well above maximum (by 20 to 30 percent); this contrasts with a 15-20 percent deficit and an average of 48 hours a week of blackouts during the 2005-07 period. Electricity coverage expanded from 52 percent of households in 2007 to more than 78 percent by the end of 2014. The government is well on its way to further increase household coverage to 85 percent by 2017 and reduce fossil fuel-based generation to only 21 percent. These improvements are rendering double dividends. On the one hand, electricity will no longer be a drag for growth; to the contrary, it will become a reliable driver of economic growth. On the other hand, Nicaragua, despite being a net "consumer" of climate change spillovers, is increasingly becoming a responsible contributor to reducing CO2 emissions. As the electricity matrix phases out oil based power generation, the current account deficit is set to narrow down at the pace of the reduction of oil imports. By 2020, dependency on oil for electricity generation will become a thing of the past.

A sustained economic growth path has been forged. Economic growth has been the highest in Central America averaging 4 percent in the last decade, and 4.7 percent since the 2008 global economic crisis. In 2014, economic activity grew by 4.7 percent, after 4.5 and 5.1 percent, respectively, in 2013 and 2012. In 2015, despite mediocre growth projections across Latin America the IMF conservatively forecasts a 4 percent growth for Nicaragua, still the highest in Central America. On average Nicaragua's Foreign Direct Investment inflows have more than quadrupled since 2006; exports have more than double within the same timeframe, while formal job creation was the fastest growing in Latin America in 2014 according to ECLAC. Despite high growth rates, inflationary pressures have been contained and even more so with decreasing oil prices as 2015 year-end inflation is projected to close at around 3 ½ percent. In the fiscal front, government deficits and public debt are in check. Since 2012, the central government deficit has averaged ½ percent of GDP. The consolidated public sector deficit has averaged 1.4 percent of GDP in the same period, and public debt has remained stable at around 40 percent of GDP. IMF and World Bank's debt sustainability framework deems Nicaragua's debt as one with moderate risk of debt distress and the country is now transitioning out of the concessional facilities at the Inter-American Development Bank (IADB) and the International Development Agency (IDA) from the World Bank. This will allow Nicaragua to obtain non-concessional financing in greater proportion than it has in the past. The country's external position has also improved. As a result of lower oil prices and the power matrix migration towards renewable resources, the current account deficit narrowed down to about 7 percent of GDP in 2014, from more than 11 percent in the previous year. International reserves are adequate and cover about 4 months of imports. The banking system is solvent, and with sound levels of capitalization and liquidity. Non-Performing Loans are below 1 percent while credit has increased in tandem with deposits, showing a healthy and sustainable growth path.

The social factor. Macroeconomic stability and fiscal discipline are at the core of the country's economic policy as a platform for growth, but so is social inclusion. In the fight against poverty, prospects have never looked better in the last 25 years. Continued improvement of basic services to the poor (including health, clean water, and electricity coverage) and various social programs -in the likes of Brazilian "Bolsa Familia" - addressed to those left behind in previous decades have rendered good dividends in the fight against poverty. The results of the last two national households surveys on measurement of Level of Life (2009 and 2014) given by the Nicaraguan Institute of Statistics (INIDE) and World Bank specialists are quite encouraging: general and extreme poverty have respectively dropped from 48.3 to 29.6 percent and 17.2 to 8.3 percent in the last 10 years - see here.

Gender equality: way beyond words. Since 2007, all government pro-poor programs in health, education, and micro financing anchored on women as the center of family responsibilities. The policy has worked and one of today's Nicaragua most widely acknowledged social achievement has been lesser gender inequality. The World Economic Forum's gender-gap index, which examines disparities between men and women in terms of political empowerment, economic opportunity, health and education ranked Nicaragua sixth. The Nordic countries took the top five positions of the 142 countries in the ranking.

All said, are Nicaraguans happier? According to the World Happiness Report 2015, edited by John Helliwell, Richard Layard and Jeffrey Sachs, Nicaraguans are indeed happier now than they were in 2007. Nicaragua ranks first as the country in the world that increased its happiness levels the most from 2007 to 2014. The relationship between income levels and happiness has been a popular topic of debate for decades. Does higher income lead to more happiness? Research by Daniel Kahneman, Ed Diener and others suggests that wealth does indeed promote happiness, but only to a certain level: the level at which a person has met basic needs, feels safe, and has a bit of free time to spare. After this threshold, people's happiness does not appear to continue increasing alongside increasing income. Nobody has a well-substantiated empirical answer to why are Nicaraguans happier today than they were in 2007. But good results in basic needs satisfaction by a set of social programs undertaken by the government that focus on the poor make a hell of a good suspect for the cause.

What is the "fulcrum" behind this momentum? We believe a consensus-building process among economic agents in policymaking has been the political linchpin of Nicaragua's inclusive growth and social stability. Since its advent to power in 2007, the present government has built a three-way consensus platform where government officials, labor unions, and private sector discuss, design and implement countrywide and sector policy strategies, long-term structural reforms and immediate actions. This troika of economic agents reflects a dynamic consensus-building strategy that has buttressed political stability and yielded tangible results in several areas, including tax and financial sector reforms, red tape reduction, and a better business and investment climate that fosters job creation and improves competitiveness.

Otaviano Canuto is an Executive Director at the International Monetary Fund and Manuel Coronel is a Senior Adviser to the Executive Director. All opinions expressed here are their own and do not represent those of the IMF or of those governments Mr. Canuto represents at the IMF Board