Coronavirus
NewsU.S. NewsWorld NewsBusinessEnvironmentHealthSocial Justice
PoliticsJoe BidenCongressExtremism
EntertainmentCulture & ArtsMediaCelebrityTV & Film
LifeStyle & BeautyFood & DrinkParentingTravelWellnessRelationshipsMoneyHome & LivingWork/Life
CommunitiesQueer VoicesWomenBlack VoicesLatino VoicesAsian Voices
Special ProjectsHighline
HuffPost PersonalVideoHoroscopes
From Our PartnersCelebrate Their Crown
Newsletters
InternationalAustraliaBrazilCanadaEspañaFranceΕλλάδα (Greece)IndiaItalia日本 (Japan)한국 (Korea)QuébecU.K.U.S.
Follow Us
Terms | Privacy Policy
Part of HuffPost Travel. ©2021 BuzzFeed, Inc. All rights reserved.
What a difference a week makes. Early this morning, TAM Airlines happily welcomed its first Airbus A350 when it touched down uneventfully in Brazil after a flight from Airbus HQ in Toulouse France. Earlier this week, however, it was quite a different experience when a Qatar Airways charter flight with aviation writers enjoying a look at the fancy new wide body, attempted to leave New York's John F. Kennedy International Airport.
In that case, what appeared to be a normal takeoff roll was suddenly aborted.
Zach Honig, The Points Guy editor, who was on the flight called it the most memorable of his life and posted the flight cam video on YouTube.
Interestingly, Honig says he and another traveler were unable to disembark, despite making requests to do so. An hour and forty minutes later, the A350 was airborne to Doha where it arrived safely, to Honig's relief.
There's no word on what happened to cause the abrupt halt to the first takeoff attempt, but one can't discount the possibility of mode confusion as a possibility when an airline begins operating a brand new airplane.
In Brazil, TAM is planning a one-month get-to-know-you phase with the A350 it received just in time for Christmas. This morning, after landing on Brazilian soil at Confins International Airport in Belo Horizonte, it received its Brazilian registration PR-XTA with which it will fly on to Sao Baulo/Guraulhos Airport on Saturday.
"We are very happy to celebrate receiving the first A350 XWB in the Americas," TAM's CEO Claudia Sender said in a press release. "We are pioneers in bringing this aircraft to the region." 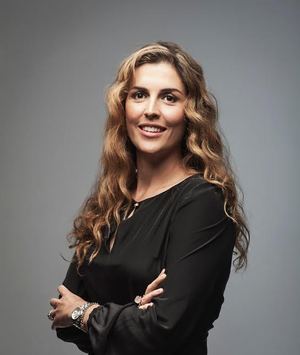 Sender, a Harvard MBA graduate, is herself a pioneer; one of the world's few top-level female airline executives. She could also have been talking about herself when she told people assembled for the arrival of the plane, that South America's largest carrier is committed to having "one of the youngest and most innovative fleets in the world."
At 40, Sender is also on the younger side of a business where most chief executives are grey, not blonde. She has been with TAM for just five years arriving right after Chile's LAN and TAM merged in 2012 making LATAM Airlines Group.
TAM's pilots, flight attendants, maintenance and operations staff will spend January learning about the new star of their long-haul fleet. After that the first revenue flights begin. In March, TAM's A350 will operate on routes between Sao Paulo and Miami, Orlando and Madrid.
TAM is the fourth airline to receive the A350, a direct competitor to the Boeing 787 Dreamliner.
Finnair
is already flying it between Helsinki and Shanghai with a New York route scheduled to begin for a limited time in January. I'll be on that trip from JFK in early 2016, so here's hoping unlike Honig's experience on Qatar, my Finnair takeoff happens exactly right - the very first time.
More:
AirlinesFinnairqatar airways airbus travel
Newsletter Sign Up
An essential daily guide to achieving the good life
Subscribe to our lifestyle email.
Successfully Subscribed!
Realness delivered to your inbox