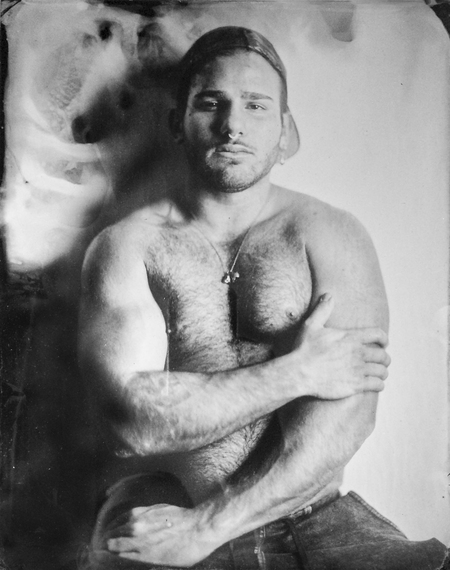 Self Portrait by Nicholas Contrera

Nicholas Contrera and I recently met for a beer on the patio of a queer dive bar in Brooklyn. Contrera is really a dream interviewee. Almost immediately after sitting down he started telling me about the projects he has in the works: a photo series capturing genderqueer night life personalities, and his spread in this year's NYC Pride Guide. I just sat back, listened, and enjoyed hearing him talk about his photography. I think that passion comes across in this interview, and know it's very present in his work.

Phillip Miner: Tell me about your collodion wet plate series.

Nicholas Contrera: I'm calling it either Tribe or Tribal -- I think Tribal; I like the tone of that. The series is an aspect of myself in New York in the society -- in the clique and the lifestyle -- I live.

I've become friends with the club kids and the ladyboys, the kids who go out with beards and lipstick and have a genderbending look. I find them the bravest gays to go out, pushing past boundaries, breaks so many walls for all of the gay community.

PM: Tell me a little more about the people you're photographing.

NC: I'm not just photographing the typical drag queen. I'm photographing the people around me. These are the people who surround me every night. In the nine months of doing this project, the work has changed me and my sexuality. I'm still a gay male, but it's encouraged me to explore my feminine side. When I go out I give more femme. I push those boundaries. I can give more femininity and have these genderbending moments.

Similarly, I never wanted the work to just be restricted as a gay piece. I want my work to reach everyone. I want this work to appeal to the largest audience possible.

PM: Why did you choose this particular photography process?

NC: The process was made in the early 1900s for the lower working class. Tin was so cheap you could go and get a portrait of your family. What a lot of photographers would do is take this process to Africa or other countries and document the people who were living out there, the natives, and come back and show what they found.

I was talking to my mentor, and we realized this is what I'm doing. I'm going out there and photographing my tribe, which is really foreign to a lot of people. This is a tribe. New York nightlife, the New York gay scene -- these are both tribes.

I fell in love with the collodion process and felt this would be a perfect medium to produce this series with. I love processes that get me dirty. I love that the photo happens once. The type of film I'm using limits me to 12 shots. With wet plate you photograph once and that's the image. That's how I view these people, when they go out and give these looks, mixing masculinity and femininity. For me those looks, those moments, are collectable. That's what I capture in my photographs.

PM: That's a great contrast to the selfie culture we have these days, where people take 30 pictures to get just the right angle so that they look perfect.

NC: You've got it. What I love about wet plate is the mistakes, the scratches on the plate. Some people are perfectionists. For me, I love the grime of the plates.

PM: You have a series of photographs in this year's NYC Pride Guide called Extraordinary. Can you tell me about that?

NC: New York Pride came to me. They saw my black-and-white work and wanted me to do a series for the Pride Guide. They had me photograph nine transgender men and women. It's been such an honor and a privilege to photograph these people.

My favorite person to shoot was a woman who grew up in New York City and has identified as trans since she was 13. She was in New York during the Stonewall riots. She was there for the birth of our gay-rights movement. I spent a couple hours with her, and the stories she told me were incredible.

All of the sudden my work was about grey gender and transgender. I'm doing so much work with the current gender movement! Pride Guide is my biggest success. I'm honored, as a gay man, to be asked. The trans community are our last brothers and sisters to get their rights. I'm hoping, in my way, I'm helping make that happen.

PM: Could you tell me more about that?

With this work I want to break labels and break boxes. There's a moment I have with the people I photograph, and I really want to show who they really are. 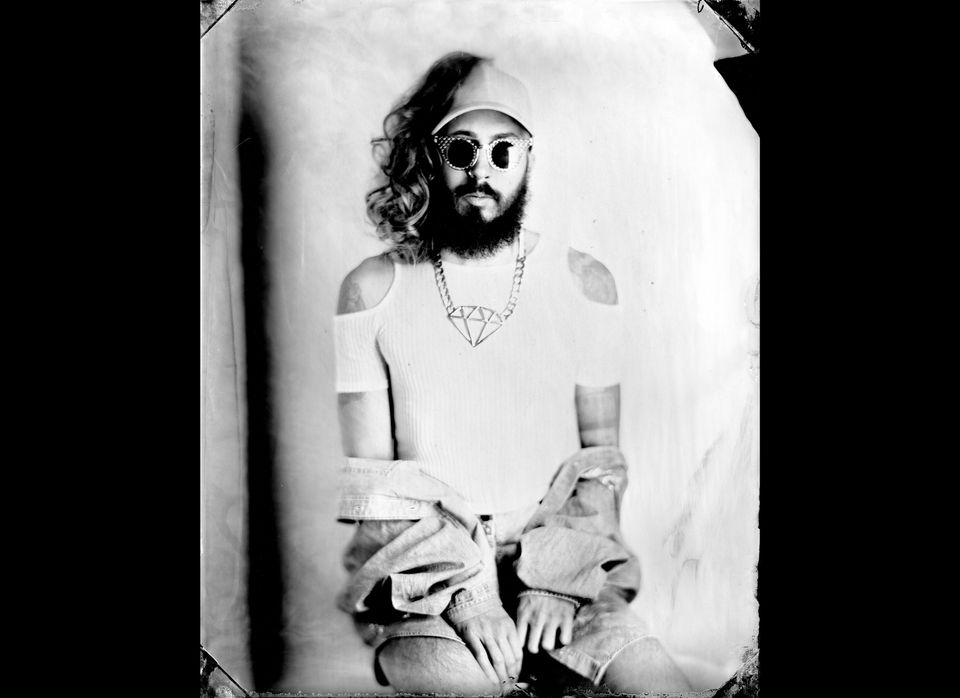