One compassionate 8-year-old did not even have to meet this veteran to know she wanted to step up and help him.

Nicholas Bailey developed mobility issues and PTSD after serving two tours in Iraq, according to his fundraising page. The veteran and his wife, Vanessa, hoped their dog, Abel, could help Bailey cope with his condition, but recently the pup suffered trauma of his own due to a small accident. The South Carolina couple wanted to get the dog professionally trained to overcome his fears and to develop skills that would allow him to become fully certified as a service dog. When they realized the training would cost around $6,000, they set up a online fundraiser.

That's when Rachel Mennett stepped in.

The 8-year-old heard about Bailey's story from her older brother, and asked her parents if she could help raise money for the veteran and Abel, who developed anxiety after a box fell from a shelf and hit his head during a shopping trip, WCSC reported.

"I wanted to help him because he helped our country, so I thought I would help him," Rachel told "Fox & Friends."

So last Saturday, the little girl set up a lemonade stand at a local pet store with her brother, in order to raise funds for Abel's training, according to MyFoxPhilly.com.

Rachel also met Bailey for the first time at the stand.

"For me, it's just amazing that an 8-year-old girl would show any interest in me or my dog," a teary-eyed Bailey told WCSC at the event. "Nobody asked her if she wanted to do it, or told her that she needed to do it, she actually asked if she could do it. To me that's just amazing."

Bailey has since surpassed his original fundraising goal by more than $1,000, and credits Rachel for making it possible, saying that less than a day after a local TV station aired the story of her lemonade stand, online donors had given more than enough to for Abel's training.

"If it wasn't for this little girl ... it wouldn't have happened," he told "Fox & Friends" about reaching the goal.

Girl Sets Up Lemonade Stand To Raise Funds For Vet With PTSD, Moves Him To Tears
Military Wedding Moments 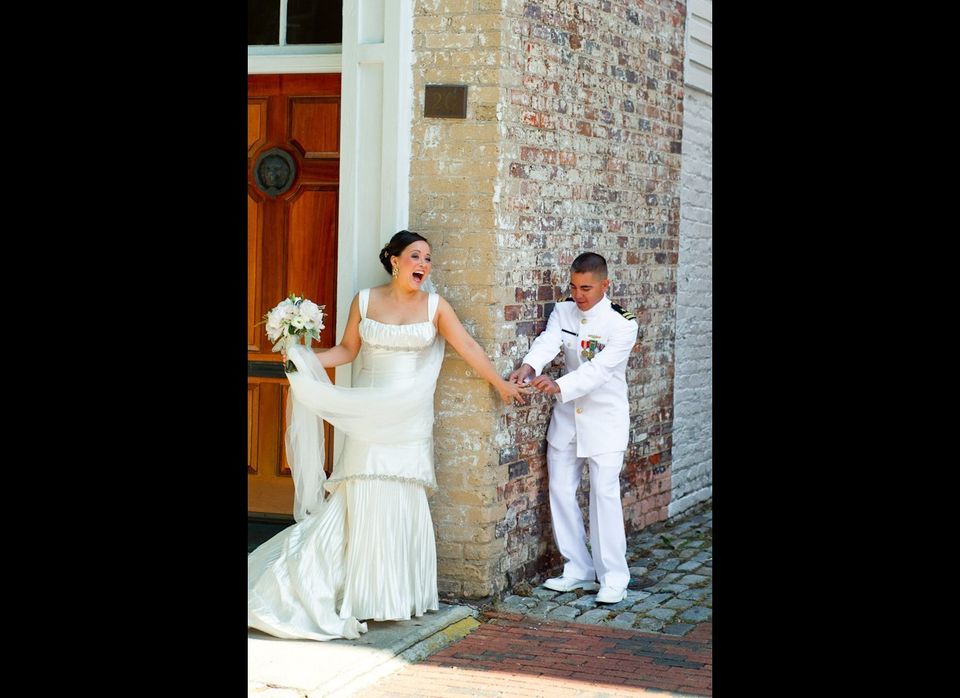