It's been three months since Nick Cannon was hospitalized for "mild kidney failure," a condition that he later revealed to be the result of an autoimmune disease similar to lupus.

Now Cannon is chronicling daily life in the wake of his diagnosis in a new web documentary series called "NCredible Health Hustle."

Cannon premiered the series on his website Monday, along with a note highlighting its goal -- to show that "it is possible to put the reins on [kidney disease and lupus] a bit and gain control of your health and wellness," he wrote.

The first episode features footage of Cannon's wife, Mariah Carey, holding one of the couple's 11-month old twins, and narration from Cannon, explaining how he went from spending time with his family, "in the snow, playing, having a good time," to swelling up, experiencing shortness of breath and excruciating pain in his right side. Cannon then demonstrates how he woke up in the hospital where doctors gave him the life-altering diagnosis.

Later in the video, Cannon is seen connected to an IV and discussing symptoms of edema with his doctor, a type of swelling caused by fluid in your body's tissues. Edema typically occurs in the feet, ankles and legs of people with kidney disease.

In addition to changes in diet -- which may include limiting fluids and protein, and restricting salt, potassium, phosphorous, and other electrolytes, according to the National Institutes of Health -- reps for the series say it plans to capture everything from the moment Cannon had to make the decision to step away from his daily New York radio show to working with world renowned health experts to traveling the country hosting "America's Got Talent" and making time for his family in between.

"Nothing in his life has been off limits to the cameras," a rep said in an email to The Huffington Post. 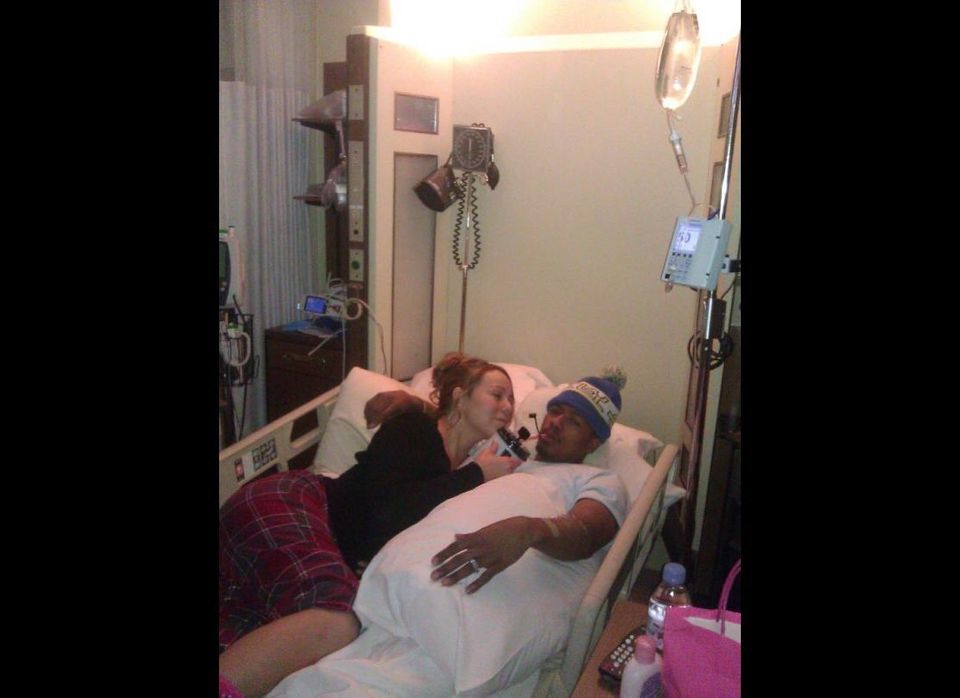 1 / 11
Along with her well wishes, Mariah tweeted this photo of a bedridden Nick.
Twitter, @MariahCarey