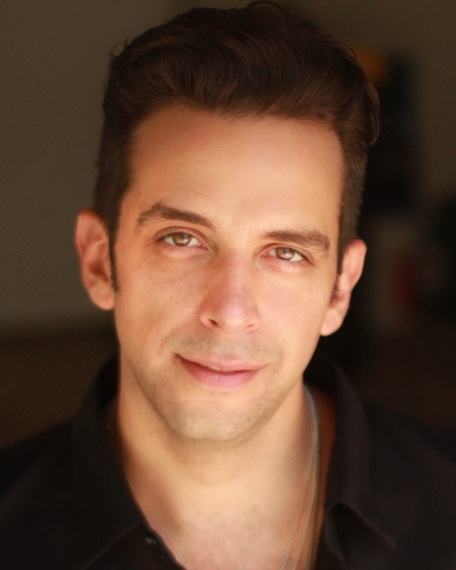 I met up with Nick Cordero in his dressing room at the Brooks Atkinson Theatre where he is currently starring as Earl, the husband to Jessie Mueller's character Jenna, in the Broadway sensation Waitress. Nick is still somewhat new to the Broadway scene, having made his Broadway debut as Dennis in Rock of Ages in 2012, which he followed up by playing the mobster Cheech in Woody Allen's Bullets Over Broadway for which he received a 2014 Tony Award. He originated his current role in Waitress, and will soon be exiting the highly acclaimed show to begin rehearsals for his role as Sonny in the new Broadway musical A Bronx Tale: The Musical. After warmly welcoming me into his dressing room, Nick and I sat down in front of his mirrored vanity and starting chatting.

You grew up in the town of Hamilton outside of Toronto. Were you interested in musical theatre as a teenager?

I absolutely was. The drama teacher at my high school, David Dayler, had a semi-professional theatre company in the summer time. He would hire students in the performing arts programs from nearby colleges, so I was working with kids a lot older than me and that only deepened my appreciation for theatre. And I had a stage to play on every summer!

Was there anyone you looked up to, specifically in the theatre world?

When I was young, I thought Kevin Gray playing the Engineer in the drama production of Miss Saigon was like "the guy". I'd wait outside - I wouldn't even see the show - I would just wait outside of the Princes of Wales theatre to catch a glimpse.

You went on to study theatre at Ryerson University, but left after two years to start a rock and roll band.

Yes, and it was a really exciting thing for me at the time. I started out playing the guitar, but at a certain point there were a lot of guitar players in the band and our manager at the time said 'hey just be the front man'. So I did that for about four years. The band was called Love Method. It was one of the most creative, fruitful periods of my life.

Well, I was writing music for the first time and going out and performing it for people who didn't really have a reason to care about it. And we were trying to be in the commercial rock and roll world in Canada. So just the ups and downs of that, learning a new industry, was fascinating. It was a great time in my life and I had this whole kind of social scene that erupted around it of people that I am very close with to this day. What I learned in those years has informed a lot of the work that I've done in the theater since then.

Was there one big take away?

I would say, "mean what you say". Just kind of understand what you are saying, why you are saying it, and just mean it. Don't try to sugar coat it or add too much to it. I think the truth really resonates. 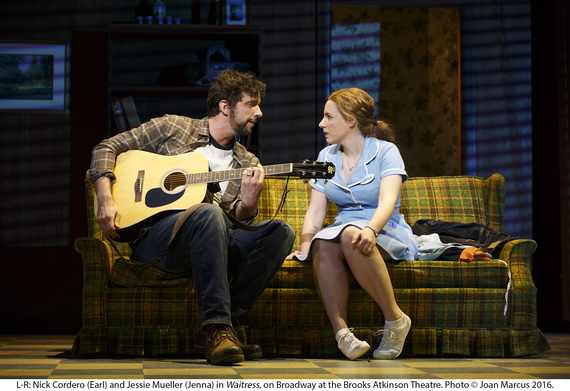 You are playing Earl in Waitress right now. I'll be honest, I wanted to find something redeeming about Earl but it's really hard to like him.

Well, it's funny, the way I always looked at it is that he made sense of Jessie's path. There's a balance there that in rehearsal we were always trying to manage. I think the more redeeming he becomes the more precarious her decisions become. Because, if you look at what she's actually doing in the show, it's not really too honorable and it only makes sense if I'm just this total jerk.

Do you ever get weird reactions when you go out?

All the time. We just came from a CD signing, and there were people who were like 'you can sign my CD but you are a really bad person'. But it's great - that just means people are invested in the story, and I'm doing my job at the end of the day.

How is it working with Jessie?

Amazing. I love her, I love her work. I was a fan of hers before I got to work with her and its only ten-fold now. I just think she is just a really remarkable actor and singer, and she's just as good a human to work with. Any chance I get, I'll do it.

So do I and I'm in the show! I will listen to the show on my way to the show. I'm not even kidding you.

Did you work with composer Sara Bareilles much?

She was extraordinarily involved. It was her Broadway debut, and I think she spent about four years working on this music. I think she'll be the first to tell you it was the hardest thing she has done in her career, and I'm so happy and proud of her for the way people have connected and responded to the album. It's remarkable and so deserved. It's really a crossover album in a way that not a lot of Broadway cast recordings are these days.

What do you find yourself doing in your free time?

I have a new band called Other Courage. It's rock and roll with a bit of a soul tinge to it. We've been playing shows all summer.

You were also just in a movie this year.

I was in a movie called the Stand Up Guy, written and directed by a really funny guy name Mike Young, and starring Danny Abeckaser, who also produced the film and is a very good friend. You can see it on Netflix, Amazon, everywhere. I also have a little cameo coming up in Zach Braff's studio feature Going In Style which stars Morgan Freeman, Alan Arkin, and Michael Caine, coming out next Spring.

If you were going to dinner at Jessie's house, what would you bring?

Something Disney themed. She loves Disney.

One word that sums up your experience in Waitress.

One way you live fullest everyday

I get to be on Broadway. I get to come live my day out through great art and getting an instant response from a Broadway audience. That's pretty cool.