LONDON (Reuters) - Got a tech idea and want to make a fortune before you're out of your teens? Just do it, is the advice of the London schoolboy who's just sold his smartphone news app to Yahoo for a reported $30 million.

The money is there, just waiting for clever new moves, said 17-year-old Nick D'Aloisio, who can point to a roster of early backers for his Summly app that includes Yoko Ono and Rupert Murdoch.

"If you have a good idea, or you think there's a gap in the market, just go out and launch it because there are investors across the world right now looking for companies to invest in," he told Reuters in a telephone interview late on Monday.

The terms of the sale, four months after Summly was launched for the iPhone, have not been disclosed and D'Aloisio, who is still studying for school exams while joining Yahoo as its youngest employee, was not saying. But technology blog AllThingsD said Yahoo paid roughly $30 million.

D'Aloisio said he was the majority owner of Summly and would now invest the money from the sale, though his age imposes legal limits for now on his access to it.

"I'm happy with that and working with my parents to go through that whole process," he said.

D'Aloisio, who lives in the prosperous London suburb of Wimbledon, highlights the support of family and school, which gave him time off, but also, critically, the ideas that came with enthusiastic financial backers.

He had first dreamt up the mobile software while revising for a history exam two years ago, going on to create a prototype of the app that distils news stories into chunks of text readable on small smartphone screens.

He was inspired, he said, by the frustrating experience of trawling through Google searches and separate websites to find information when revising for the test.

Trimit was an early version of the app, which is powered by an algorithm that automatically boils down articles to about 400 characters. It caught the eye of Horizons Ventures, a venture capital firm owned by Hong Kong billionaire Li Ka-shing, which put in $250,000.

That all added up to maximum publicity when Summly launched in November 2012, but the backers brought more than just cash for an app that has been downloaded close to a million times.

"It's been super-exciting, (the investors) found out about it in 2012 once the original investment from Li Ka-shing had gone public," said D'Aloisio. "They all believed in the idea, but they all offered different experiences to help us out."

His business has worked with around 250 content publishers, he said, such as News Corp's Wall Street Journal. People reading the summaries can easily click through to the full article, driving traffic to newspaper websites.

"The great deal about joining Yahoo is that they have a lot of publishers, they have deals with who we can work with now," D'Aloisio said.

He taught himself to code at age 12 after Apple's App Store was launched, creating several apps including Facemood, a service which analyzed sentiment to determine the moods of Facebook users, and music discovery service SongStumblr.

He has started A-levels - English final school exams - in maths, physics and philosophy, and plans to continue his studies while also working at Yahoo's offices in London. He aims to go to university to study humanities.

Although he has created an app worth millions, D'Aloisio says he is not a stereotyped computer geek.

"I like playing sport," he said. "I'm a bit of a design enthusiast, and like spending time with my girlfriend and mates."

Nick D'Aloisio, Yahoo's Teen Millionaire: 'If You Have A Good Idea.. Just Go Out And Launch It'
10 Great Photography Apps For iPhone (That Aren&#039;t Instagram) 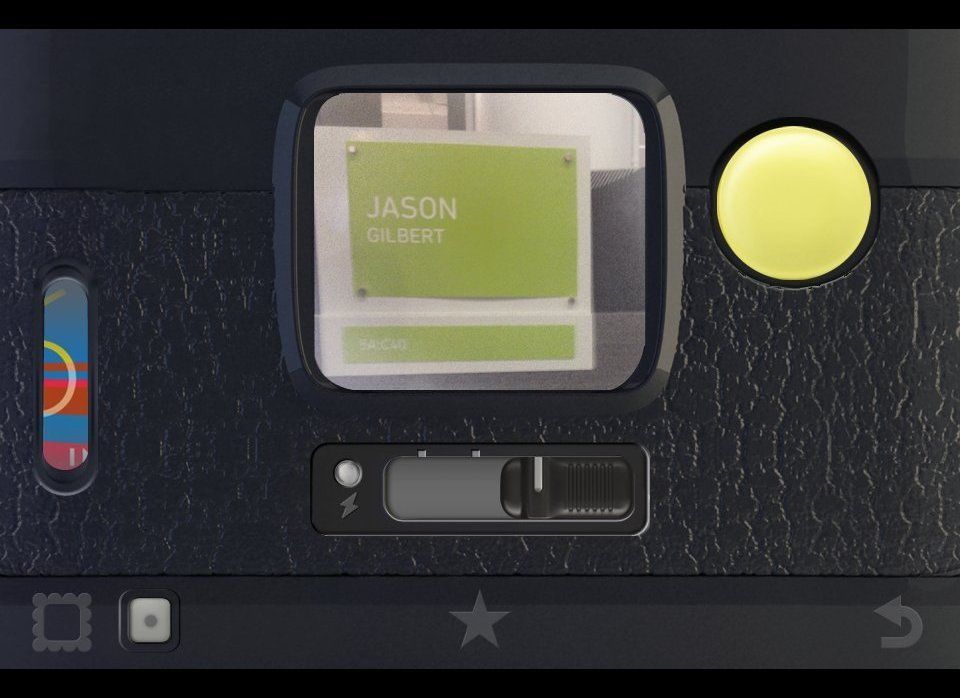