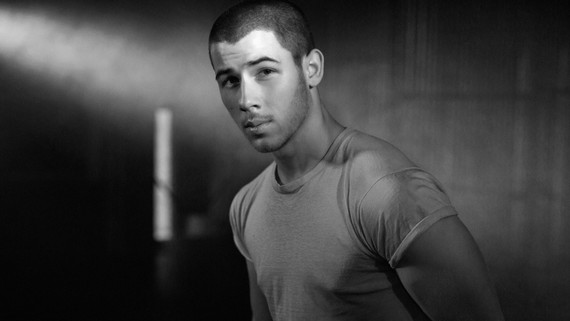 Between preparing to kick off his "Future Now" tour with Demi Lovato to preparing for the release of his much anticipated new album "Last Year Was Complicated", Nick Jonas is preparing for one of his biggest summers yet. His latest single (with Tove Lo) "Close" is steaming up the charts, and Jonas and tour and label partner Demi Lovato recently made the decision to pull out of their North Carolina tour dates due to the controversial HB2 law, further endearing him to his already loyal fan base. Nick sat down with us to chat about their decision to pull out of the tour dates due to the controversial issue, his thoughts on the LGBT community's love for him and his music, and what Nick Jonas does when he has a minute or two to decompress.

First off, congratulations! Your brother Kevin announced this morning that he and his wife Danielle are expecting a new addition to their family. You're going to be an uncle again!

Yes I am, thank you! I didn't have anything to do with it, just a bystander!

You're originally from New Jersey, Wyckoff specifically. Do you think that makes it a little easier to deal with the insanity that the entertainment industry can sometimes present? Maybe it keeps you more grounded?

A little bit maybe, yes. I also spent alot of time in New York City doing Broadway shows when I was younger. I was definitely in the mix at an early age. I think that definitely was helpful to me in transitioning to the career and life that I have taken.

"Last Year Was Complicated" already looks to be a smash hit, similar to your last album "Nick Jonas". Your single out now, "Close" is getting huge airplay and a great response. What made you want to partner up with an artist like Tove Lo, who is really having her moment right now?

Tove and I are label mates so we've known each other for a while. and have always talked about doing something together, When "Close" came up, I was actually on tour with her doing the Jingle Ball shows last year. I played the song for her and she loved it. I'm thrilled that she did it with me because she absolutely killed it. I also had a fearless partner to make that video with. Tove is just someone that I can really "go there" with in every single aspect and not feel unsure at all. 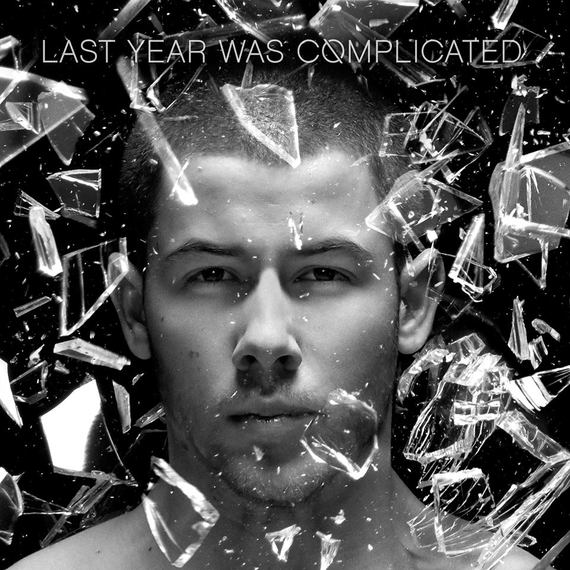 The singles on "Last Year Was Complicated" definitely seem to be a natural evolution of sorts from your last album "Nick Jonas". "Champagne Problems" is an all out club banger, while "Close" has a definite smooth and sultry edge. Does the musical evolution feel natural for you?

I definitely think that it's a progression. It's not too far a departure musically, it's still kind of in the zone, that soul, R&B, pop music. It's just a progression where i tell my stories in the most honest way possible and to lay it out with as much truth in the mix as possible. I definitely pushed my collaborators to do the same thing as well.

Speaking of collaborations, some of the people you are working with on this album are very heavy in the dance music scene. The remixes to some of your singles on the last album were hugely popular, and already, remixes have hit the dance floors for "Close". Is it a complete trip for you to hear your material remixed for the dance floors?

It definitely is! It's one of the best feelings in the world actually, hearing your song come on in a club. It's kind of what you hope for. It's one of those things where I am conscious of it when I'm making the music, that there is the possibility that it could be played in the club for the dance floor so I definitely do try to cater to that from time to time. It's an incredibly fun thing to hear your music played out in the club.

Now as we all know, the gay community keep the clubs pumping regularly and have taken you in as "one of their own" so to speak. What do you see as marked differences between your LGBT fanbase, and your straight fanbase?

Well you know, I think that the way I have tried to see it is that there really isn't a difference at all. Now if I had to call out a specific difference, it's that there really is alot of care for the music. From what I've heard, there's alot of care for what I'm saying and the stories that I am telling, which means the world to me. It means alot that there is such an attention to detail. I'm thrilled to have such a strong LGBT fanbase.

We can tell that the respect is mutual, as you just pulled out of your July 3rd and 6th shows North Carolina shows with Demi Lovato due to the HB2 law (aka the "transgender bathroom law"). Conversely, other artists have chosen not to speak on the issue and will continue their shows in states with laws that don't offer equal protection to the LGBT communities. In such a heated political and election cycle, why did you choose to take a stand on this issue when others maybe have chosen not to?

I think that the whole situation is very disappointing and a really tough situation in general. It's never black and white. I think that Demi and I did our best, with the help of our team, to make the best decision. We made the decision with the understanding that our fans in North Carolina would be very disappointed but you know, sometimes you have to make these tough choices in the hope for positive change. I am saddened by all of it on many levels, but I am hopeful that some good comes from the entire situation. 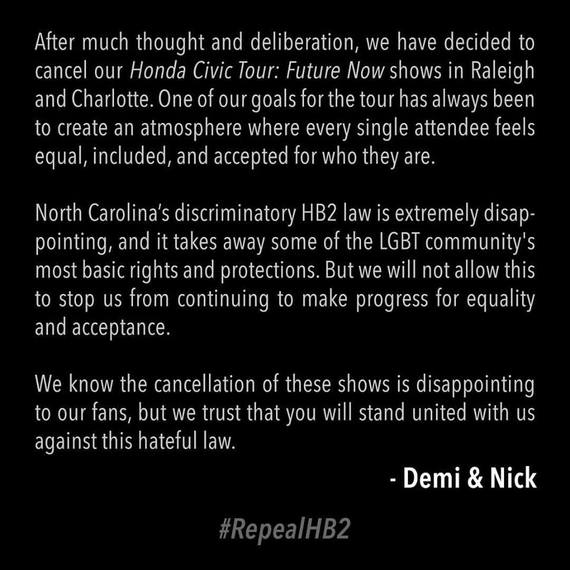 Right now it seems like younger people are really the ones that are making the changes. In the age of social media, so many artists have the power to be so influential over younger kids Do you think that there is responsibility to try to be a part of that change?

I think it's up to everyone individually really. We can only speak for ourselves and try to make the best decisions for ourselves as well. That being said, it may not be the best for everyone else, but they are entitled to their opinion and views. I am proud of the decision that we made in North Carolina and hopeful that the fans that were going to attend those shows will be understanding. 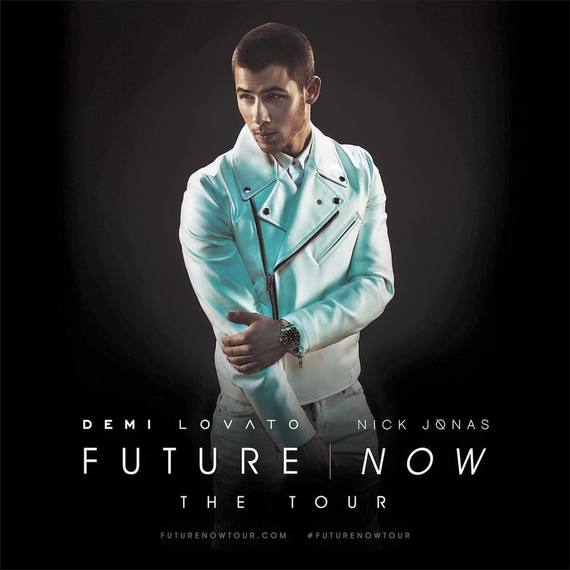 What inspires Nick Jonas when he is not on stage?

For me, I'm all about quiet time with friends. Finding ways to connect with the people that I don't get to spend time with that often. When I'm really alone though, it's definitely all about "Game Of Thrones". I haven't gotten to see the premiere yet since I was shooting music videos the past two days, but I'm going to watch it on the plane later today.

Anything else on your "must-binge" television show list right now?

Obviously I was watching "House Of Cards", so I banged through that pretty quickly. I loved Aziz Ansari's Netflix show "Master Of None" also, those are the two that I have really been into recently.

You were spectacular in your portrayal of "Nate" on "Kingdom" and gained so much acclaim for your role as a young man just coming to terms with his sexuality. Think we can expect to see more of you on the small screen?

Thank you so much! You know, I love the acting side of things. Right now, the gears have kind of shifted to music for a little while. There are roles that I am looking at right now though, so I hope the timing will work out for me to be able to do it.

Summer 2016 is almost upon us; between promoting "Last Year Was Complicated" and touring, do you think you're going to be able to squeeze in any down time?

Well, the tour is probably going to take up a big part of my summer. We kick off June 24th and go all the way through September. We're going to be busy with that and definitely try to squeeze in some golf, I'm a big fan of that too.

"Last Year Was Complicated" is out June 10th.
www.nickjonas.com
Photo 1 courtesy of The Hollywood Reporter