On the popular NBC sitcom “Parks and Recreation,” the lovable libertarian Ron Swanson liked to have sex ― and a lot of it.

And apparently so does the actor who portrayed him, Nick Offerman.

Offerman is currently traveling the country with his wife, Megan Mullally, as part of an old Hollywood-style revue, “Summer of 69: No Apostrophe,” which focuses a lot ― as the name of the comedy show implies ― on the popular couple’s very active sex life.

Offerman recently talked with The A.V. Club about what’s clearly not a G-rated tour.

“I’m 46, Megan’s 57, and we have a happy marriage. We get it on with each other and we feel very celebratory about that… We don’t go make out in front of people at the mall but we will happily sing songs about it and trumpet the fact that we simply are happy in middle age as a loving couple, because I do think there’s a real ageism in our business where if you’re over 35 you’re not supposed to ever kiss anybody with tongue,” Offerman told The A.V. Club.

Mullally talked to “People” earlier this year about her long marriage, revealing that she’s happiest when they are together.

“My favorite thing to do is just stay home with the dogs and read or watch movies and be together,” the “Will & Grace” alumna said. 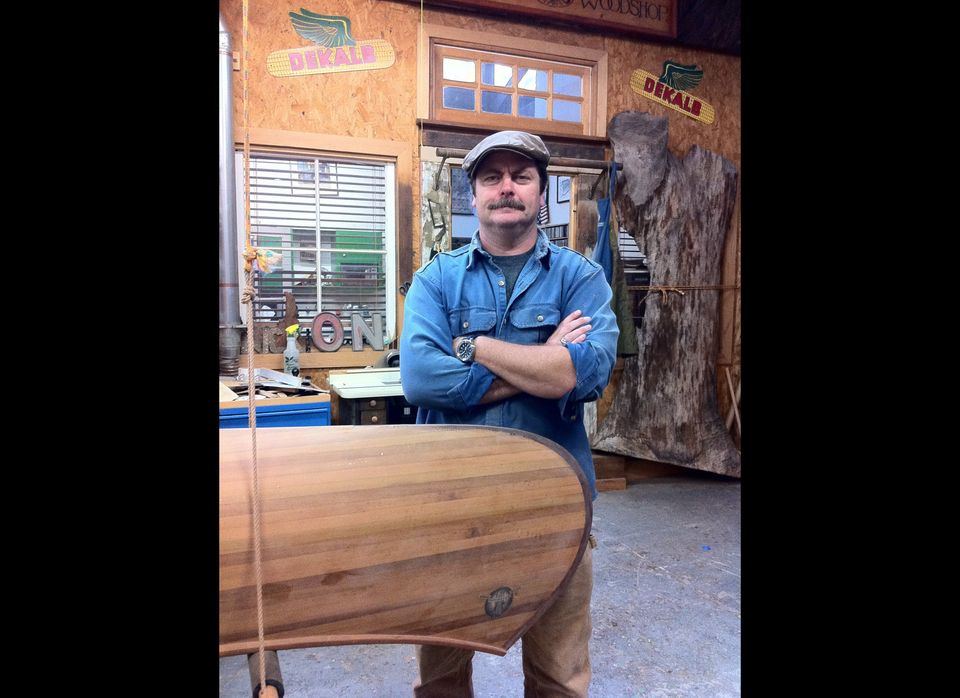 1 / 21
In this February 2012 image released by Jessica Glazer, Nick Offerman, who plays Ron Swanson on NBC's "Parks & Recreation," stands next to one of two canoes he built as shown in his Woodworking Studio in Los Angeles. Building boats requires a particular kind of commitment. It's complex and expensive. It can take months or years. And it can be addictive, working out in the garage, sawdust clinging to your clothes, making mistakes and finding the solutions yourself. (AP Photo/Jessica Glazer)
AP