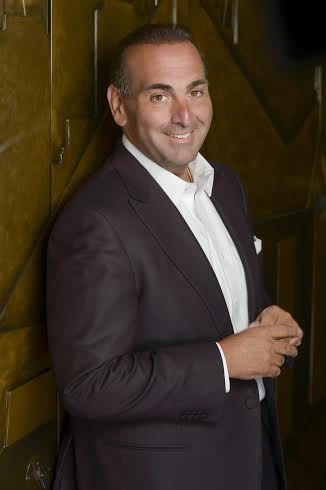 He's been seared, broiled, and filleted just a bit along the way, but, just like the mouth-watering steaks he serves at his five award winning restaurants and one café in and around Boston, Nick Varano, has turned out better because of it. The best entrepreneurs are tenderized throughout their journey. Such is the case of this entrepreneur who has ended up stronger, wiser, and totally poised to continue to grow his empire across the country. He is Nick Varano, owner of Strega North End, NICO, Strega Waterfront, Strega Prime, Strip By Strega, and Caffe Strega. He is a self-made restaurateur who purchased his first restaurant in 2003, in the North End of Boston where he grew up. From the beginning, he followed a very simple three part blueprint; (1) Seek out and hire the very best chefs in the industry, (2) Create a remarkable, authentic, and unique atmosphere for the customers, and (3) Hire people who care. This simple template for success has been at the core of his achievements, catapulting Varano from one quaint, classic Italian restaurant in the North End to now controlling 800 highly coveted restaurant seats in and around the city. Each restaurant is different than the other, but all offer a swanky, upscale, atmosphere that diners cannot seem to get enough of.

Nick Varano is self-made, humble, and as forthright as they come when asked how a guy who admittedly can barely operate an oven, turned into one of the greatest restaurateurs Boston has ever seen. I recently sat down with Nick Varano and I found out just what it takes to be a cut above the rest.

It's Our Privilege: "It's our privilege to have customers. It's not their privilege to eat here. It's our privilege that they choose us." This is the most important mantra that the employees of all of his restaurants live by. Varano says that you can teach skills like setting a table and offering impeccable service, but you can't train someone to care. Varano says that he seeks out employees who care about the customer to their core. He says that by hiring people who understand what a big deal it is when any customer chooses their restaurant, everything else falls in place. He says that when you hire people who care, they really listen to what the customer wants, they go out of their way to provide it, and they stop at nothing to serve up an experience that the customer is still talking about a week after they've had dinner at one of their restaurants.

Never Say No: They don't serve coffee on the menu at his first restaurant, Strega North End. That being said, if you were to ask for a coffee, they will serve you one. That's the culture at every restaurant in The Varano Group. An employee will go to a nearby store to find a coffee if a customer wants one. Nick Varano says that the success of his empire is a byproduct of his own unwillingness to say no. Ask Nick for anything and he will find a way to make it happen. He has instilled this "Never Say No" urbanity in his employees too. Nick has been working since he was twelve years old and one of his first jobs early on was at his uncle's convenience store. He says that one of the worst jobs was cleaning the meat slicing machine at night. He says that he'd always clean it just a little bit before closing and inevitably a customer would come in and ask for sliced meat. Nick says his uncles instilled the philosophy in him at a very young age that the best companies never say no, regardless of the time and inconvenience it takes to say yes. So, Nick would slice the meat, and serve the customer with a smile, and then re-clean the machine. Nick grew up around a family of entrepreneurs and so he learned at a young age to serve customers well. This is why today, Nick's team of employees will gladly serve whatever you ask for. They realize that what makes their restaurant group great is what's on the menu, but what makes them off-the-charts unbeatable, is that it doesn't have to be.

The Secret to Success: Becoming one of the greatest restauranteurs Boston has ever seen in 13 years, while having zero restaurant experience coupled with an inability to cook, seems impossible, but Nick Varano has done it. So, I asked him straight out, what his secret to success is. His answer, "The secret to success is that there's no secret to success." He says that some people spend an entire lifetime looking for the secret while others spend an entire lifetime going to the office, making hard decisions, hustling, selling, raising money, paying bills, and executing on the work load all day long. Nick says that if you work hard and you do good by people, you can build any business. He says to stop wasting time looking for secrets because there are none. Just work hard and care, the results will follow.

Wake Up Starving: Nick plans on expanding his restaurants into new markets in coming years. He says that he loves the pressure and challenge of his work and he still wakes up every day starving for more. He says that if he ever wakes up for a day of work and he's just hungry to get to the office, he will know he's done growing. He says he is still starving for more. He knows that the best of The Varano Group is yet to come. He loves taking risk, trying new ideas, and infusing each restaurant with its very own unique personality. When asked about the challenges of going into a new city like New York, Miami, Las Vegas, or Los Angeles, he reminded me of his voyage into the Seaport District of Boston when it was a virtual ghost town. There was nobody in the Seaport District when Varano opened Strega Waterfront in 2010. With the encouragement of his friend and mentor Joe Fallon and former Boston Mayor Thomas Menino, Varano opened a world class restaurant overlooking the water. The diners came, followed by new businesses, new residents, and an entire bustling metropolis of people who helped charter new territory in the Seaport District. Varano says that when you have a reputation for creating an unforgettable dining experience, people will find you, and that's true in any city across the country.

Their B-List is Our A-List: To serve your customers well, Nick Varano says you must first totally understand who your customers are. For example, he says that in Los Angeles and New York City, the A-List customers are the celebrity actors, actresses, professional athletes, and movie directors, who visit the best eateries. In Los Angeles and New York City the B-List is made up of all the people working within the buildings that decorate the skyline. In Boston, Nick says that the A-list are the doctors, lawyers, blue collar workers, bankers, and business professionals who keep the economy running. He says that those who would be considered the B-List in New York or LA, he considers the A-List in Boston. He says that the beautiful thing about Boston is that his restaurant is a mix of all different kinds of people from every type of business and every walk of life, and while he's thrilled when Floyd Mayweather, Mark Wahlberg, or David Ortiz come in for a bite, he's even more elated when his regular diners feel like they are the celebrities because of the teamwork of his exceptional employees.

Nick Varano is a home grown Bostonian with the drive, determination, and work ethic of a world class athlete. He has taken big risks, has fallen at times, only to get back up, and has magically built a brand out of nothing. His uncompromising commitment to quality coupled with his absolute desire to please has turned this entrepreneur who can't work a stove into one of the best restaurateurs Boston has ever seen. He is Nick Varano, and he is a cut above.