"Shy" is certainly not a term used to describe Nicki Minaj. So it's no surprise the rap goddess isn't afraid to don a skimpy swimsuit now and again.

Minaj on Tuesday bared her cleavage in a neon, cut-out swimsuit while in a hot tub on the set of her upcoming music video, "High School (feat. Lil Wayne)," according to Us Weekly. The 30-year-old rapper shared the super sexy photos on Twitter with the hashtag #caseyoumissedit.

But Minaj is hard to miss.

With her curves on full display, Minaj's Twitter photos caught the attention of fans. "On the set of High School ft. Lil Wayne," she tweeted. "Outchea gettin black AF. lmao. I asked the crew to hop in the jacuzzi w/me... they declined..."

Director Grizz Lee, who helmed production of the rapper's "Come On A Cone" video, also tweeted the photos from set.

Although she bared it all (or most of it) in the bandage-style swimsuit, the "Pink Friday" star, who just partnered with Kmart and ShopYourWay, claims she is trying to tone it down these days, telling Us Weekly, "I'm into my new phase where I'm trying to chill down, chill out."

Minaj appears on the April cover of ELLE magazine showing her cleavage in a leather jacket, but wearing very little makeup. It is a refreshing change for the Queens, N.Y., native who is known for her platinum-blonde wigs, bubblegum-pink lipstick and inch-long eyelashes.

“When I saw myself with barely any makeup at, it was such a… like, I’m so, so attached to my pink lipstick, it’s hard," she tells ELLE. "I feel that it’s become a part of me. To go in front of the camera, without pink lips or big ol’ crazy lashes- you know, nothing – I felt naked. It was scary! So this photo shoot was a real accomplishment in my eyes.” 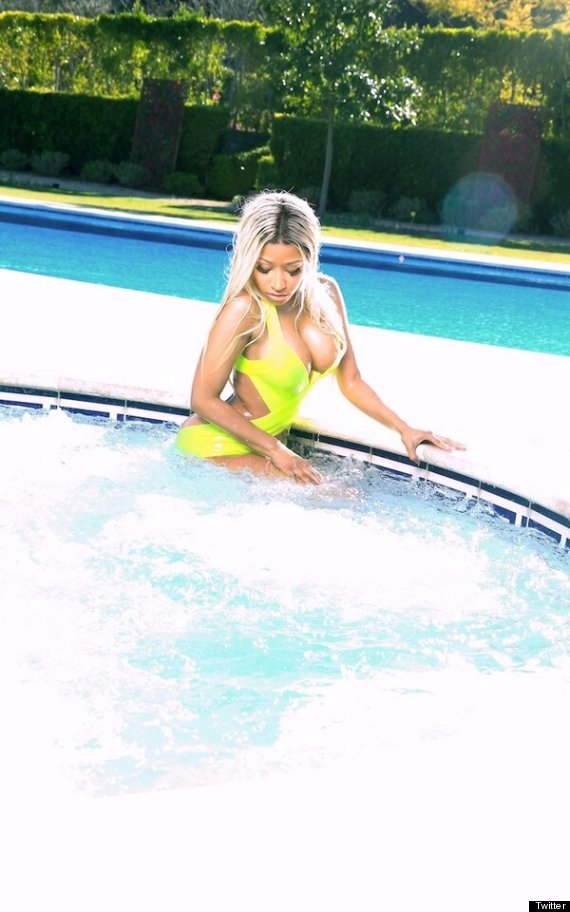 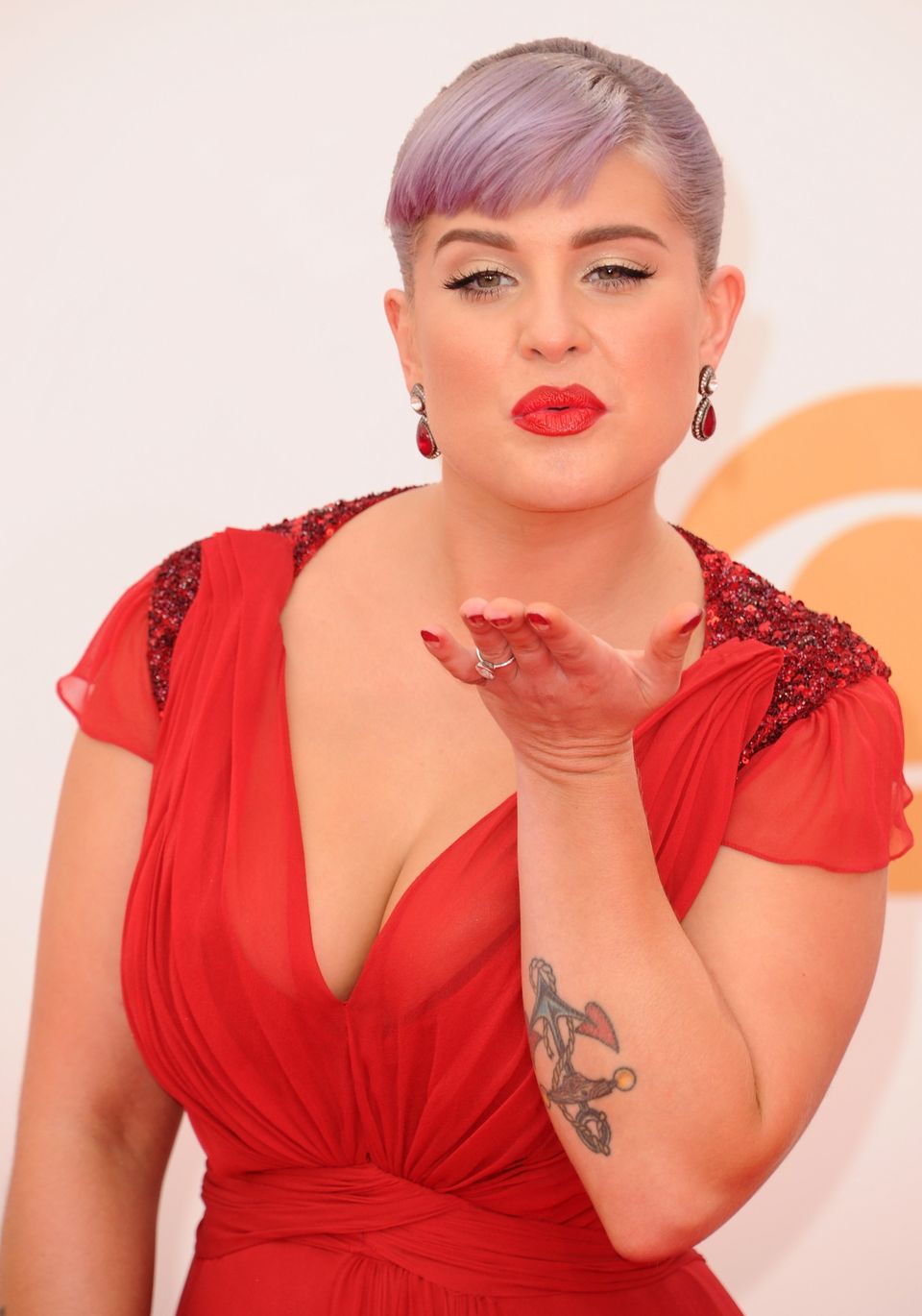