Forget battle of the boy bands. This summer, it's all about battle of the soda brands, as Pepsi and Coca-Cola will go head-to-head with new global ad campaigns, featuring celebrity endorsements.

Nicki Minaj is currently shooting her global ad campaign for Pepsi, joining the likes of Michael Jackson, Madonna and Britney Spears, all of whom have starred in Pepsi marketing campaigns. Minaj's single "Moment for Life" -- from 2010 -- will act as the campaign's soundtrack, out May 7, Billboard reports.

UPDATE: HuffPost has confirmed that A-Trak is involved with the project. Skrillex is not connected to the campaign, according to a representative. The original article continues below.

The deal isn't that surprising, given some of the lyrics on her sophomore album, "Pink Friday: Roman Reloaded." In the title track, featuring Lil' Wayne, Minaj raps, "The ad is global / Your ad was local."

Pepsi is also preparing to launch another campaign for the 25th-anniversary of Michael Jackson's iconic album Bad. According to Billboard, the marketing campaign, which will launch in mid-May, includes a series of Jackson remixes from popular DJs. A-Trak confirmed to HuffPost that he is involved and Skrillex and Diplo are reportedly connected to the project. The remixed tracks will be available for download exclusively via a Pepsi-can promotion.

Meanwhile, Pepsi's chief rival, Coca-Cola, is also launching a new global marketing campaign this summer, called "Move to the Beat." It's one of the brand's largest ad campaigns to date, created in suport of their sponsorship of the 2012 London Olympics.

Famed music producer Mark Ronson's original track, "Anywhere in the World," featuring Katy B, is the campaign's official song. Ronson will also travel to Singapore, Russia, Mexico and the U.S. to turn the sounds of five Olympic athletes training -- from archery to table tennis -- into a global dance track.

To read more on the "The Cola Wars," head on over to Billboard.

In the meantime, take a look at some of Minaj's craziest magazine covers. 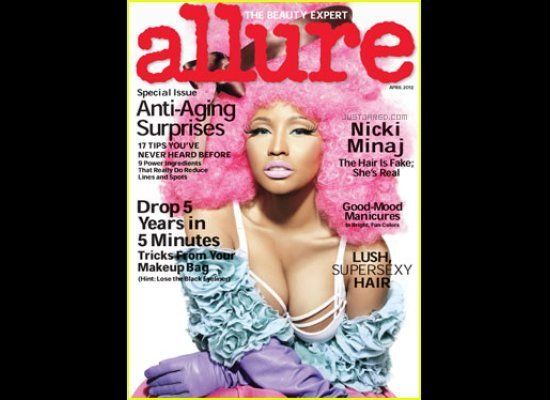