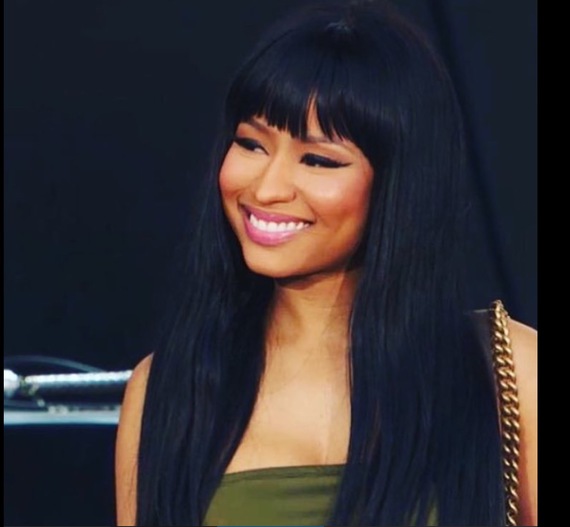 Nicki Minaj has been one celebrity I have not wanted to write anything about because I can't decide how I feel about her. Honestly, I really don't know if I like her or not. The fact that she is Trini always had me reserving my initial opinion of her, waiting to see if there will be some redeeming quality appearing on the many forms of media, and I must say, most times I am disappointed.

The first time I noticed her, I thought her background was Jamaican because her attire was reminiscent of a dancehall queen to me, and I was shocked when they said she was Trini, but I said to myself, people are allowed to express themselves as they so wish, so I chastised myself for judging. I didn't care for the music or the message. And don't get me started on "Anaconda" -- I wanted to scream at her, "who the hell cares what the Anaconda doesn't want; it's what the Kitty Kat wants that's important, shit!" 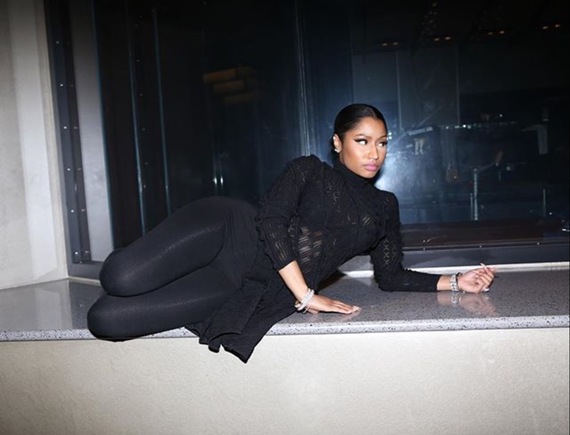 I do love how direct she is about her opinion and how she evidently loves her fans. I admire how vocal she is if she doesn't like something and speaks her mind instead of being timid, how she stands up for herself and her immediate family. And I really want to like how she represents for Trinidad -- but I don't. I know I have already heard the argument that she is reppin Trinidad in her own way, and not everyone reps the same way, blah, blah, blah. Oh, please. We aren't talking about if what she is saying about Trinidad is negative but true; we are talking about her having a massive audience, opening for the VMAs with an even huger audience, and singing a song called "Trini Dem Girlz" in an accent from some other island, patting her pum pum which is not a Trini dance and doing so on a dancehall sounding rhythm. Give me a break, really. 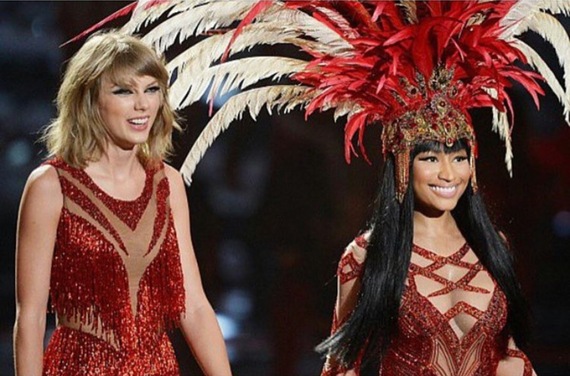 To folks who say well, maybe she doesn't know how to do a Trini accent, please stop. She can do an English accent and Jamaican accent and not a Trini accent? The country where she is supposedly from, where her mother and father are from. But moving past the accent, as important as I think the accent is to my Trini culture, and how when I hear it in a store, it reminds me of home, the point is that she does nothing distinctly Trini. She never speaks about our food, fashion or music, our artists, or the most common identifier of Trinidad, our carnival.

I know many Trinis could care less about what she does whether representing the island or not. In fact, the vast majority don't care if she does or not. Personally, I don't care whether she represents us, but if she is going to do so, as she seemingly has been, I think it's irresponsible to do that dishonestly to the many fans that she has. If you must tell the marish and the parish that you are from Trinidad, please don't do so and then behave in a manner that is obviously Jamaican culturally. We have a hard enough time letting people know we aren't from Jamaica, or that Trinidad is not in Jamaica, so having a so-called Trini feel more comfortable performing her art in a Jamaican accent is unacceptable. 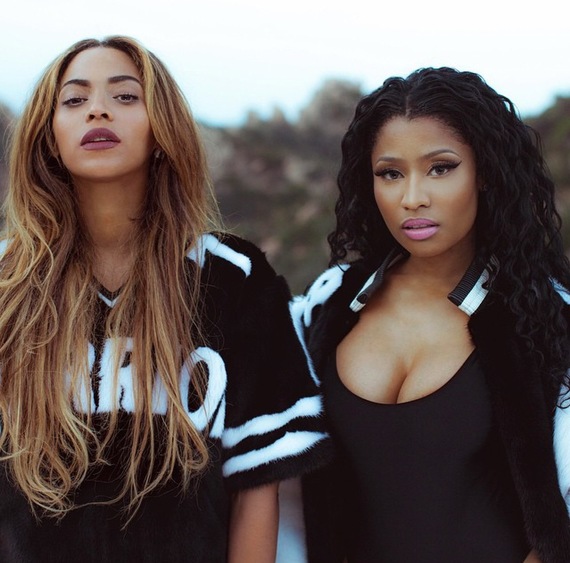 To others who say, at least she says she's from Trinidad, I think she should rep Trinidad the most, not in the least or just don't rep us at all. But most of all, her fan base is too huge and may include many people who don't know where Trinidad is for her to give a skewed view of this magnificent country. I think it's possible that maybe she has no Trini friends, maybe she has mostly Jamaican friends and they made more of an impact, and I think it's sad that she identifies with another culture more than her own.