Walk for just a few minutes around the dizzying streets of Tokyo, and you'll be sure to encounter a surge of billboards, signs, screens and posters advertising various businesses and products in intoxicating shapes and colors. Advertisements have become as crucial a facet of any bustling city as tall buildings, foot traffic and public transportation.

French graphic deisgner Nicolas Damiens reveals just how critical ads are to the character of a metropolis by showing how surreal the space would look without them. In his series aptly titled "Tokyo Without Ads," Damiens strips the buzzing Tokyo streets of any and all ads. The result is nearly unrecognizable, as ominous white canvases take up monumental space on every tier of the urban landscape.

Damien's vision affirms the hefty role ads play in the contemporary cityscape; however, the series isn't meant to condemn the omnipresence of ads, but to explore the phenomenon further. "My work is absolutely not anti-ads," Damiens wrote to The Huffington Post. "Signs are Tokyo's appeal and charm, it's very graphic and I like it! I was just curious to see Tokyo from another point of view."

Although you may have guessed a city flooded with ads may be an aspect of a sci-fi fantasy, it turns out that it's the absence of said ads that has the effect of an eerie delusion. Without ads fluttering the streets and skies, the city takes on an almost ghostly feel, appearing strangely like a shell of its former self.

Take a look at Tokyo sans ads below and let us know which city you prefer in the comments.

Without Ads Or Billboards, Here's What The Streets Of Tokyo Would Look Like
Clownify 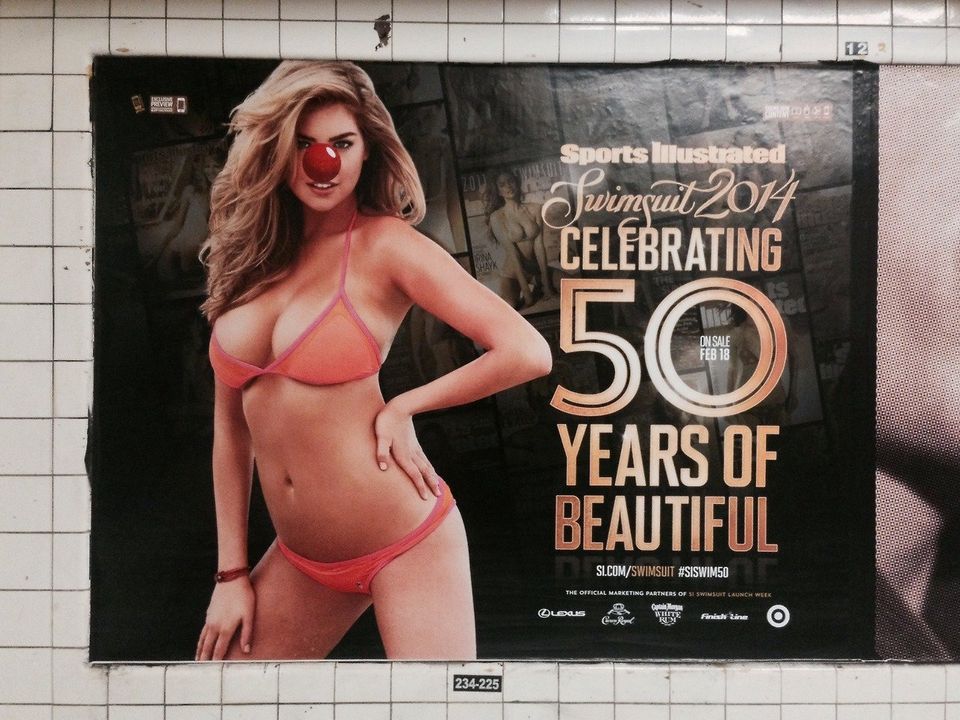