CARACAS, Venezuela (AP/The Huffington Post) -- The Twitter account of Venezuela governing party candidate Nicolas Maduro has been hacked and whoever is behind the takeover seems to have a sense of humor.

Shortly after taking control of the account, which has more than 700,000 followers, the hacker cracked a joke:

Below is a screenshot of the tweets that were sent from Maduro's hacked account: 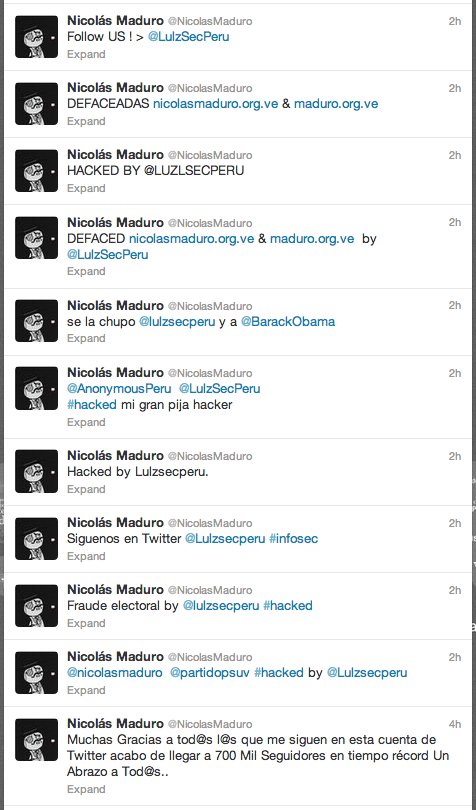