Nicole Kidman is always the picture of statuesque red carpet grace, and at the 2012 Emmys on Sunday night, the actress made more progress towards her Lifetime Achievement Award in Red Carpet Awesomeness.

Kidman, 45, walked the red carpet with her hubby Keith Urban -- who are, adorably, still so in love after six years of marriage -- and wowed in a white Antonio Berardi gown with blue sparkly detailing and Fred Leighton jewels. Her long strawberry blonde hair? Perfectly straight, of course -- how DO you get your flat iron to work so well?

Soon she'll be getting her hair styled royally overseas: "I'm in France this Christmas playing Grace Kelly [in the film Grace Of Monaco]," Kidman told Seacrest on the red carpet, and admitted she might be in for a tongue-lashing: "I'm going to get in trouble from the director [Olivier Dahan] for going back sunburned because she was pale."

The Australian beauty was nominated for Outstanding Lead Actress in a Miniseries or Movie for her HBO film "Hemingway & Gellhorn," but we'd like to officially award her the statue for Kick-Ass Frock. 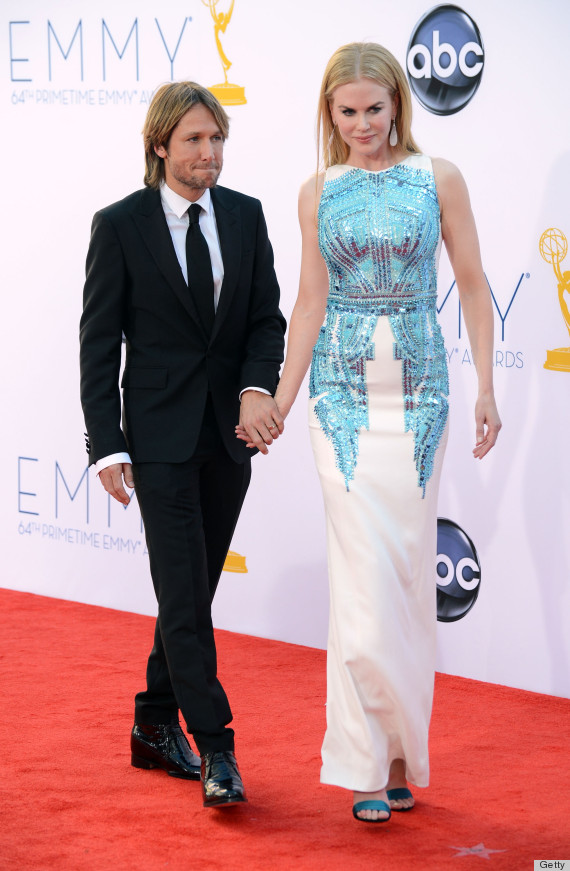 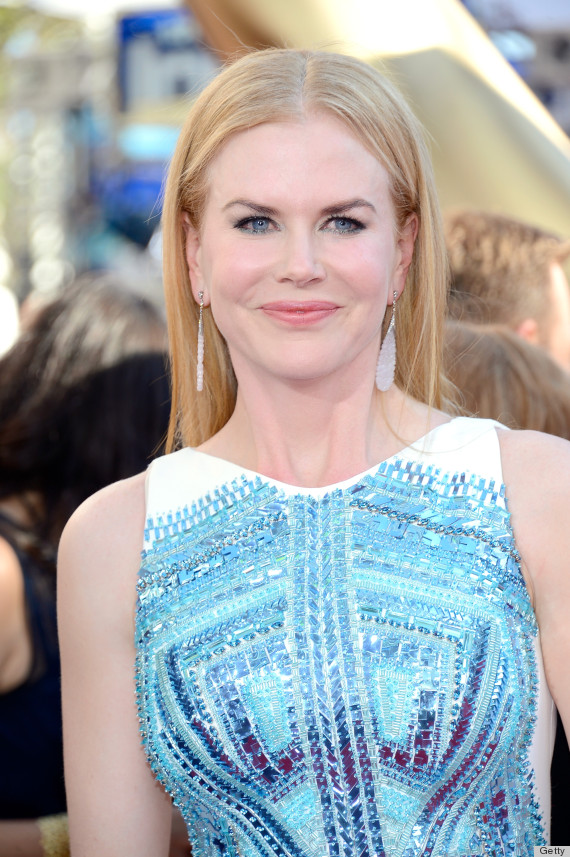 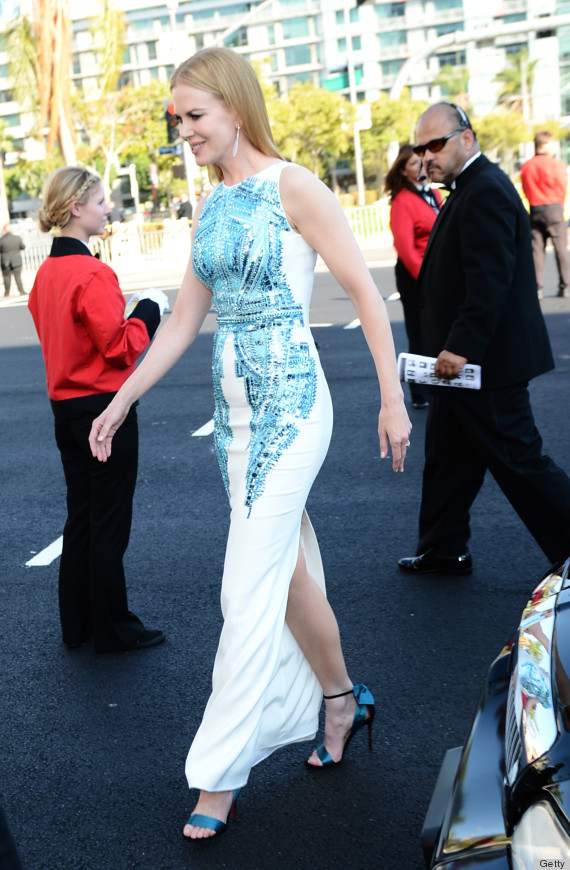 See our of all the 2012 Emmys red carpet arrivals below!