Nicole Kidman stunned as she posed for photos with Keith Urban at the 2015 Grammy Awards on Sunday. The 47-year-old actress wore tight black dress with patterned cutouts, while her husband rocked a black blazer over a black t-shirt. 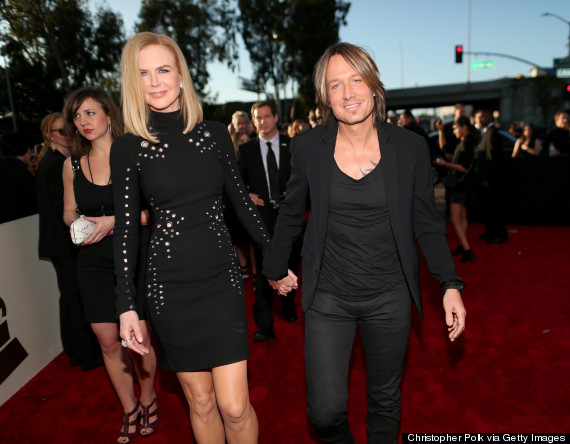 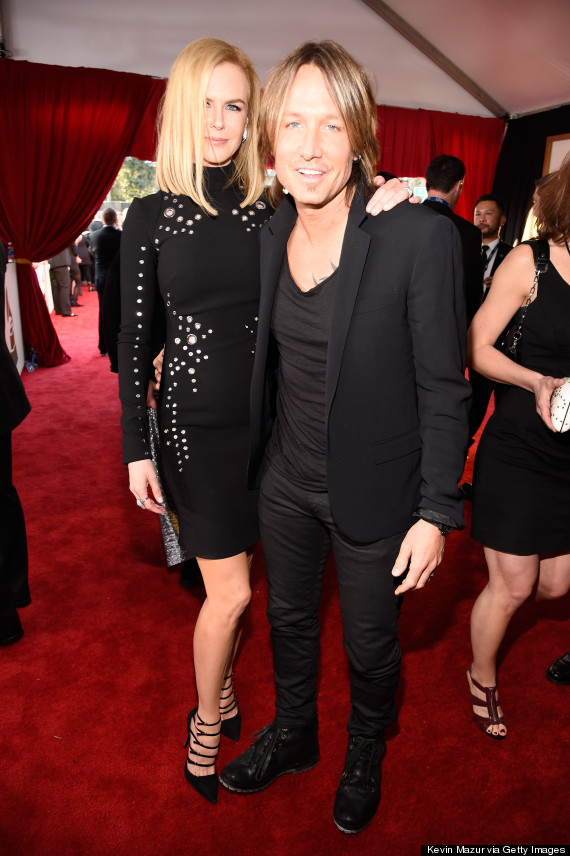