They don't call it "love all" for nothing.

Nicole Kidman and Keith Urban showed their love of the game at New York's 2012 U.S. Open on Saturday, squeezing in a little PDA between sets. The pair were courtside to see Brooklyn Decker's husband Andy Roddick -- who recently announced his retirement -- beat Australia's Bernard Tomic.

But Kidman and Urban weren't the only famous faces in the crowd. A very excited Zach Braff, Champagne-toting Amanda Seyfried and a cheering Sofia Vergara were all there to support their favorite players.

PHOTO GALLERY
Celebrities At The US Open 2012 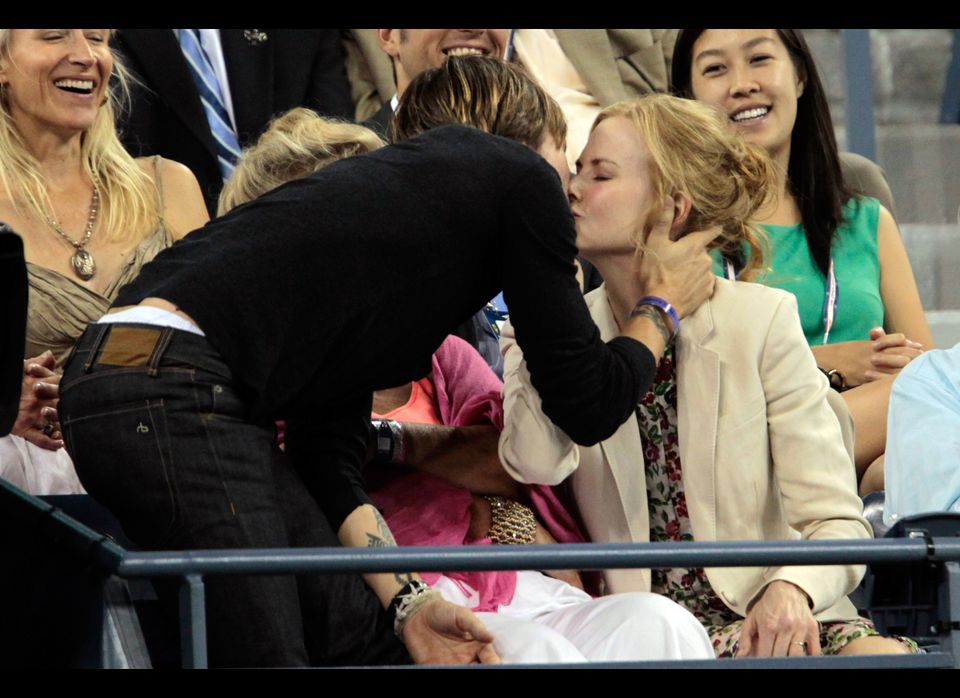