Interior designer Nicolette Horn has traveled the world, living and working in many different cities. She landed a job with Nina Campbell in London right out of college, then later worked at prestigious firm Cullman and Kravitz in New York. When she decided to settle in Oslo, Norway, with her husband and young children, it was her childhood in the Bahamas that was the biggest influence on how she designed her family's home. We're sharing a sneak peek of her tropical-inspired abode that graces the cover of House Beautiful's October issue.

A fresh sea green and coral color palette, exotic prints, palm trees and monkey motifs fill the rooms -- which is unusual for the often dark city -- and they're peppered with pieces from her exotic travels.

Make sure to get a copy of House Beautiful's October issue to see more, on newsstands September 17. 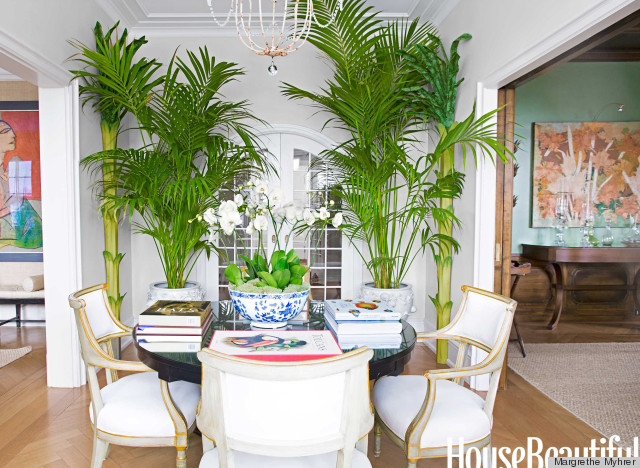