The most unpleasant truth that many parents are afraid to say to their children is that most people are evil and they do not like each other. 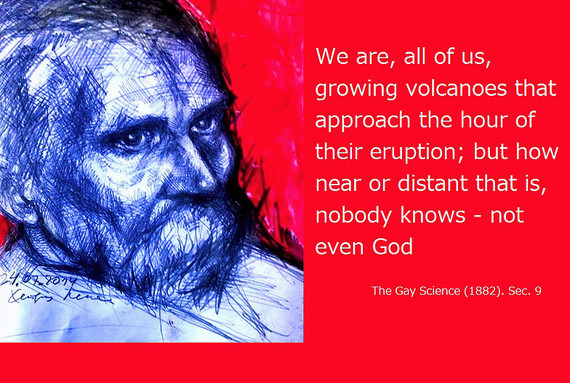 People are jealous of each other's success, like money, fame and other things, no one accepts the happiness of others. They act pettily, they envy what other people have. That is the rat race for them -- always wanting more, and always getting more. They are enemies of each other - implicit or explicit, it makes no difference. They can not live in peace... Even in their families, they compete with each other for power or control.

They do not harm their close relatives and friends, not because of their true love and respect, but because of their fear of loneliness and their fear to stay one-on-one with a hostile world. They do not harm their nearest and dearest for selfish reasons of benefits and profit and not for love and understanding. So we have to accept this truth that hurts worse than anything else as a fact and we have to learn to live with it.

The most difficult thing in life is to understand that everyone is lonely, one may be poor or rich, married or single, urban or rural, sick or healthy, or, whoever one may be - that makes no difference. Fake smiles, fake hugs, fake friends, fake loves, everything is fake -- the human world stands on lies and fears, on assumptions and prejudices. Only after considering all these things, it is worth to go into art. Without knowing it the artists could not create something really worthy. True art should be thought-provoking, it should be founded in freedom of thought and expression, true art should be fearless. At the same time true art should be communication: intellectual and emotional.

The painting from the oil painting cycle 'Thus Spoke Zarathustra' 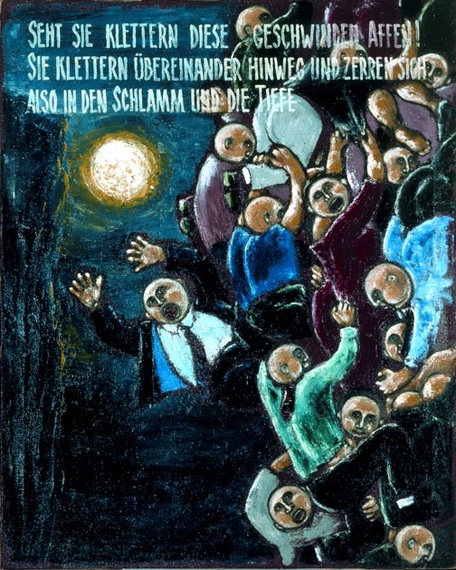 'See them clamber, these nimble apes! They clamber over one another, and thus scuffle into the mud and the abyss'. Photo Credit: Lena Hades

This is an oil painting from the series 'Thus spoke Zarathustra' created by me in 1996. Its title is 'See them clamber, these nimble apes! They clamber over one another, and thus scuffle into the mud and the abyss'. The painting depicts a dog-eat-dog world in which people clamber over one another, they compete with each other for survival or success in a cruel and selfish way. If you have ever seen two dogs fighting over a bone or a tennis ball, you can understand the cruelty of such competition. The struggle for survival and success is a struggle for life and death.