A Nigerian Archbishop has issued a plea to the international community: Don’t forget about Boko Haram.

Ignatius Kaigama, the Catholic Archbishop of Jos, has questioned the quality of the help that the United States and other countries have given to Nigeria to help that country fight the extremist group Boko Haram.

In an interview with the BBC, the archbishop said that the same spirit that energized France after the Charlie Hebdo attacks should inspire people to help Nigeria.

Kaigama’s remarks came just days after Boko Haram militants unleashed their terror on the town of Baga in Borno state. The Nigerian defense ministry estimates that about 150 were slaughtered in the attack, although Amnesty International has said the death toll could be as high as 2,000.

The terrorists have also allegedly been forcing young girls to act as suicide bombers.

The archbishop said that even if the the Nigerian government was doing its best to stem the attacks, the effort wasn’t “good enough.” He said his country needs more international help.

After learning about the abduction of about 276 school girls, the United States deployed troops to the region to help gather intelligence. But Kaigama wondered why the help hasn’t stopped Boko Haram’s crimes. 219 of the girls are still missing, according to the AP.

“I wonder about the quality of that help, how effective is that help and how can it bring this situation to a halt?” Kaigama said.

In just the last year, more than 10,000 people were killed as a result of terrorism in the region, the AP reports. Boko Haram’s reign of terror has also displaced more than a million people within Nigeria’s borders and forced hundreds of thousands to flee to neighboring countries as refugees,

The “monumental tragedy” caused by Boko Haram has saddened all of Nigeria, Kaigama said. 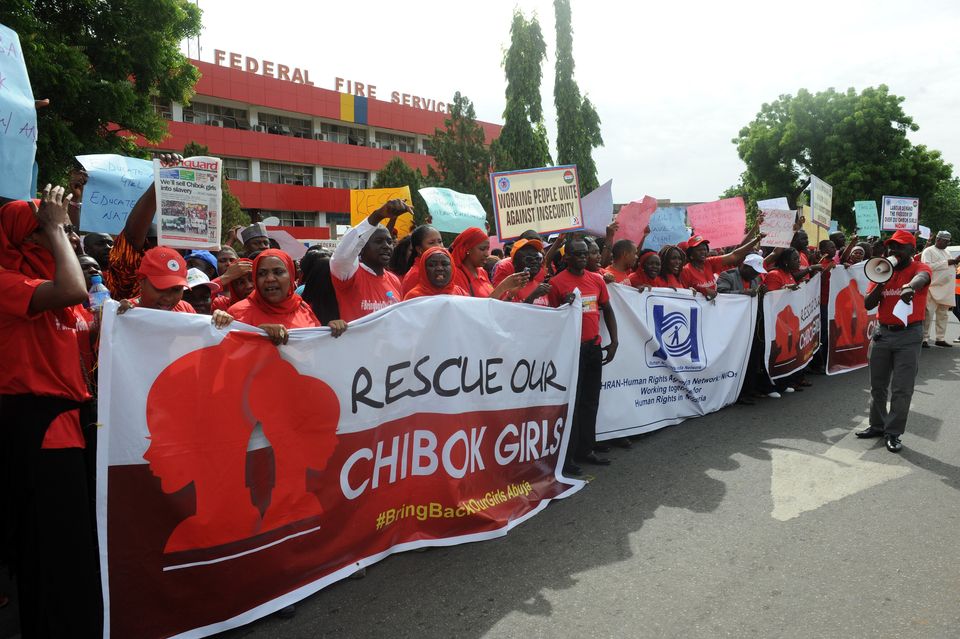 1 / 18
NIGERIA-UNREST-KIDNAP
Members of civil society groups hold banners and shout slogans as they protest the abduction of Chibok school girls during a rally pressing for the girls' release in Abuja on May 6, 2014, ahead of World Economic Forum. Members of civil society groups marched through the streets of Abuja and to the Nigerian defence headquarters to meet with military chiefs, to press for the release of more than 200 Chibok school girls abducted three weeks ago. Suspected Boko Haram Islamists have kidnapped eight more girls from Nigeria's embattled northeast, residents said on May 6, after the extremist group's leader claimed responsibility for abducting more than 200 schoolgirls last month and said in a video he was holding them as 'slaves' and threatened to 'sell them in the market'. AFP PHOTO/PIUS UTOMI EKPEI (Photo credit should read PIUS UTOMI EKPEI/AFP/Getty Images)
Getty Images