Africa's most populous country has reason to celebrate.

According to Nigeria's health ministry, the West African country has officially claimed control over the Ebola outbreak ravaging nearby nations, USA Today reported. No new cases of the virus have been reported since Aug. 31. Nigeria's "extensive response to a single case of Ebola shows that control is possible with rapid, focused interventions," Tom Frieden, director of the Centers for Disease Control and Prevention (CDC), told the news source. 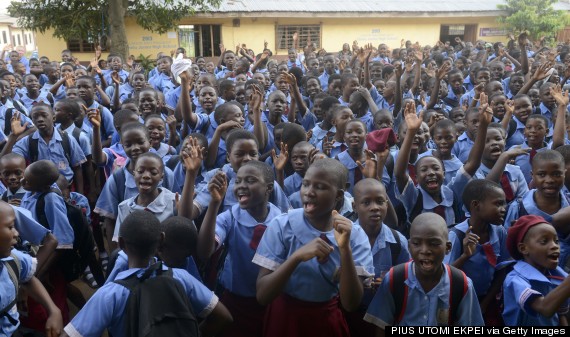 Students sing during an assembly in Lagos, Nigeria, on Oct. 8, 2014. Public and private schools in at least 11 states resumed academic activities after having been closed due to the Ebola outbreak. (Photo: PIUS UTOMI EKPEI/AFP/Getty Images)

According to information from the CDC updated on Oct. 7, Nigeria has been downgraded to a Level 1 watch by the organization because of the decreased risk of Ebola transmission.

Nigeria's success has grabbed attention from U.S. officials hoping to prevent transmission of the virus in America, after Liberian Thomas Eric Duncan was diagnosed with Ebola in Dallas. On Wednesday, Duncan, 42, died at Texas Health Presbyterian Hospital. The CDC is sending researchers to Lagos, Nigeria's largest city, to study how the country was able to control the disease.

The Guardian reported that the ongoing struggle to eradicate polio in Nigeria -- recently complicated by Boko Haram's insurgency -- actually helped the country in thwarting Ebola. The Bill & Melinda Gates Foundation built an emergency command center in 2012 to survey the presence of polio in the region, and the existing system helped enable the country to proactively contain the spread of Ebola.

Utilizing emergency operations, healthcare personnel in Nigeria had confirmed 19 cases of Ebola, as well as one probable case, Reuters reported. By Sept. 24, officials had identified 894 contacts with those cases and conducted 18,500 visits with those who'd potentially been infected to check for Ebola symptoms. In the weeks since, no new cases have emerged.

But while Nigeria is sighing of relief, transmission of the virus continues in the hardest-hit West African nations of Guinea, Liberia and Sierra Leone. According to the World Health Organization's latest report, there have been 3,865 deaths and 8,033 total cases worldwide to date.