Nigerian activists and allies rallied outside of the Nigerian Mission to the United Nations yesterday -- speaking out against an anti-gay bill just passed by the Nigerian Senate.

The legislation, which could still be vetoed by the Nigerian president, would make it a punishable offense of up to 14-years in prison -- for anybody to go to a gay bar, to work for or be involved with LGBT organizations, or to be in an openly gay relationship. Those found to be "aiding and abetting" such a relationship (guests at a same-sex wedding celebration, for example) could be sentenced to ten years in prison.

At the mission activists delivered a letter, signed by over 58,000 around the world, circulated by the global LGBT equality campaigning organization AllOut.org. The letter, written by Nigerian public health advocate Ifeanyi Orazulike, requests that the Nigerian president veto the bill.

"This bill could turn thousands of Nigerians into refugees simply for being who they are," said Ifeanyi Orazulike, Director of the International Center for Advocacy on Right to Health (ICARH) in Nigeria. "Instead of passing anti-gay laws, Nigeria needs to focus on repealing its sodomy laws, laws that were originally imposed by British colonialism."

"The measure of every great democracy is how it treats its minority citizens. All Nigerians deserve the same rights and privileges guaranteed by the constitution," says AllOut.org co-founder Andre Banks.

See a slideshow of photos from the protest below. All photos by Flavia Antunes and Joseph Huff-Hannon. 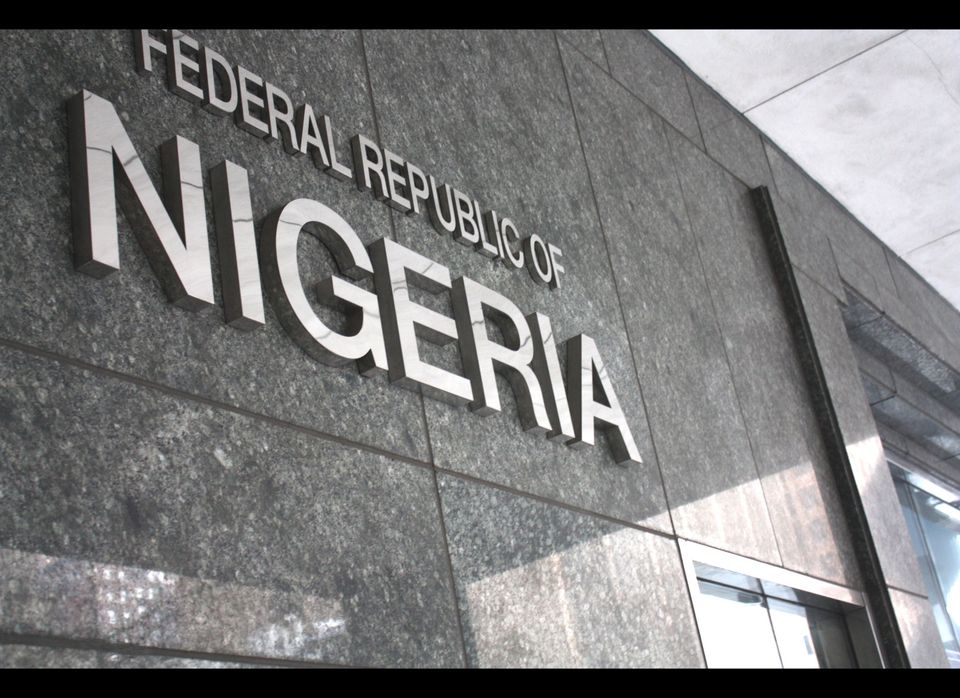