A Nigerian man who had recently fled to Europe to escape Boko Haram militants was beaten to death on the streets of Italy this week as he tried to defend his wife against racist abuse.

Emmanuel Chidi Namdi, 36, and his wife Chimiary, 24, were walking through the north-central Italian town of Fermo on Tuesday when a man called Chimiary a “monkey” and tried to grab her, according to local priest Vinicio Albanesi, a friend of the couple.

Namdi intervened, and the resulting fight left him in a coma. He was pronounced dead on Wednesday.

Amedeo Mancini, a 38-year-old Italian man who is part of an “ultras” gang of extremist soccer fans, was arrested Thursday on suspicion of killing Namdi. Mancini told investigators that he’d insulted the couple because he thought they were stealing a car, and he claimed that he’d acted in self defense after Namdi attacked him, HuffPost Italy reported.

But Chimiary told the priest that the attacker had bludgeoned her husband with a road sign and continued to beat him as he lay unconscious on the ground, according to HuffPost Italy.

The couple had been married just six months, although their tragic love story began long before that.

They had originally planned to wed in Nigeria, but when militants from the extremist group Boko Haram attacked their local church and killed several of their relatives, the couple decided to flee. Chimiary was pregnant and thought that Nigeria was not a safe place to bring their child into the world, according to Italy’s Red Cross.

Boko Haram’s deadly insurgency has left thousands dead and some 2 million displaced across western and central Africa. In 2014, the group killed more people in terror attacks than Islamic State militants did.

Two weeks before their original wedding date, the couple set off on the perilous path to Europe through the deserts of Niger and Libya and over the Mediterranean Sea. They were harassed and beaten by smugglers, and Chimiary miscarried the baby along the way, Albanesi said.

They eventually reached the Italian island of Sicily before being transferred to Fermo in September. There they moved into a reception center run by a Catholic charity.

Their delayed wedding day finally arrived in January. Because they lacked the necessary documents to get legally married, Albanesi held an informal wedding ceremony for the couple.

“The exchange of rings has consecrated a bond that has been able to withstand bombs and escape a thousand times in a tragedy,” says a statement from the local Red Cross office celebrating the occasion. “After an exile of many months, the young couple can start living again, with a new beginning in a peaceful and supportive community, the warmth of a home and a great family.”

Namdi’s death this week inspired an outpouring of condolences from officials and supporters around Italy. It also heaped scrutiny on the anti-immigrant backlash flaring up across the continent.

“Today the government is in Fermo with Father Vinicio and local institutions in memory of Emmanuel. Against hate, racism and violence,” Italian Prime Minister Matteo Renzi tweeted early Thursday.

Fermo Mayor Paul Calcinaro said Namdi’s death was “like a nightmare” and condemned the “creeping racism that cannot and must not find space in any way in our city.”

While the town of 40,000 has overwhelmingly welcomed migrants and refugees, there have been pockets of anti-immigrant sentiment. Several churches hosting refugees have been targeted in bomb attacks in recent months.

Across Italy, the anti-immigrant Northern League party has risen from the margins of politics to gain the support of some 10 to 15 percent of voters according to recent polls. The party has exploited Italy’s position on the front line of Europe’s refugee crisis to stoke xenophobic and conspiratorial attitudes toward migration.

The leader of the Northern League, Matteo Salvini, condemned the killing of Namdi in a Facebook post Thursday, but also said the crime was further evidence that immigration is “out of control, or rather an organized invasion, and will not lead to any good.”

On Wednesday evening, hundreds of mourners gathered in Fermo to pay their respects to Namdi. Chimiary, dressed all in white, sang a Nigerian song of mourning.

“God, where are you? Why do you leave me in this wicked world?” she said, explaining the lyrics in English. “It is very painful for me to stay alone. ... It is better for me to take my life for us to stay together.”

”You will not be alone. We will stand with you,” Albanesi told Chimiary at the vigil, according to a local newspaper. “I commit to make you finish your studies in medicine. It was your dream, and it was the dream of Emmanuel. We will make it, even though it will not be easy.”

CLARIFICATION: This post has been updated to clarify that the location of Fermo is north-central Italy. 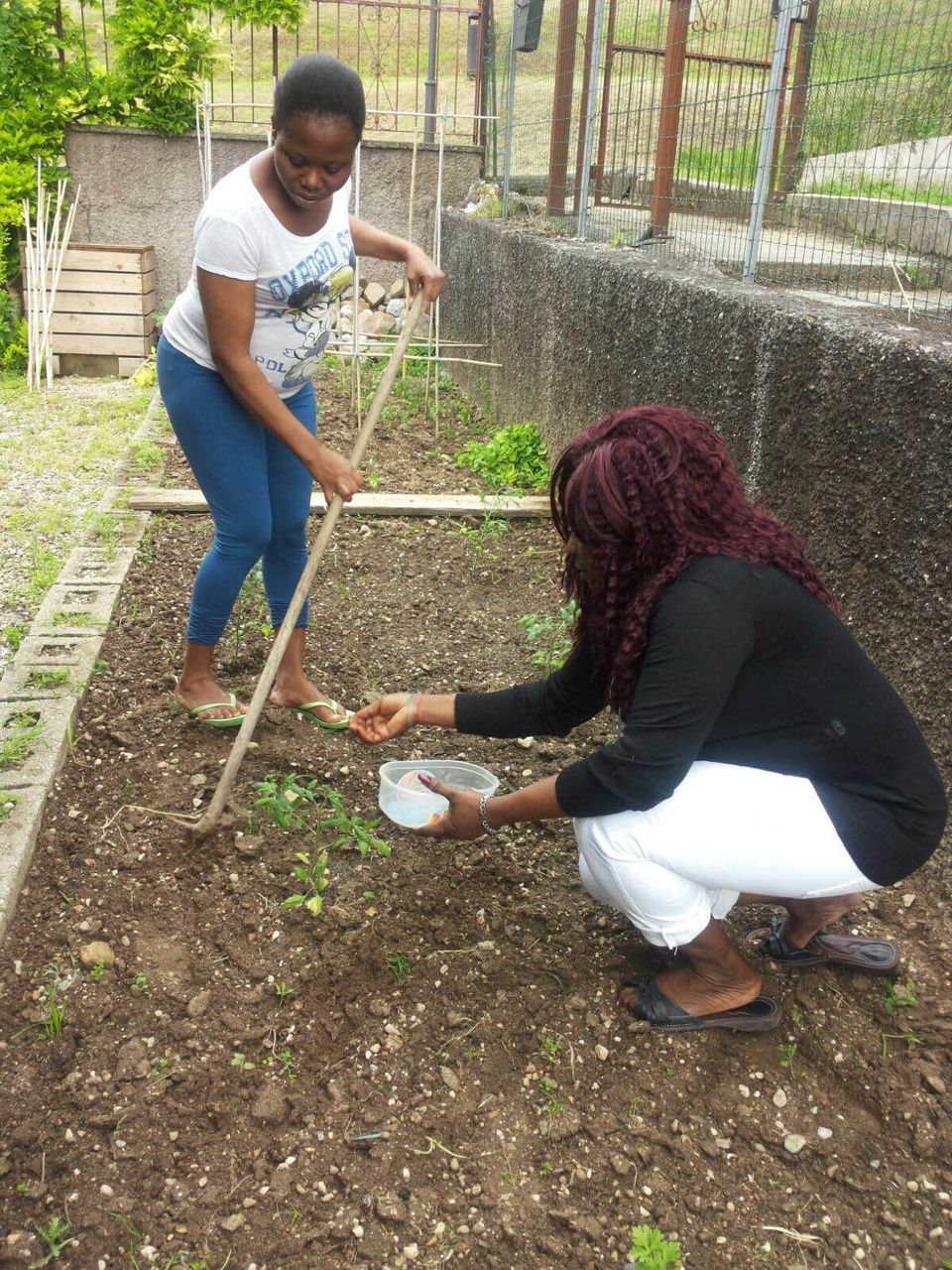