The mood was appropriately majestic at New York's Marriott Marquis on April 11, when national members of the Imperial Court advocacy group donned capes, crowns and floor-length evening wear for the 29th annual "Night of a Thousand Gowns."

The evening, billed as "an opportunity to celebrate the [lesbian, gay, bisexual and transgender] community, and in particular, the colorful cross-dressing segment of that community," was a veritable showcase of sequins, style and sass, featuring performances by pop star Jody Watley, the cast of "Avenue Q" and singer Cheyenne Elliott. Also present were openly gay dance-pop artist Adam Barta and Blondie's Deborah Harry, a longtime LGBT ally.

The Imperial Court itself is a grassroots, non-profit organization which aims to raise funds for various lesbian, gay, bisexual and transgender (LGBT) advocacy groups. Each individual "empire" operates as a separate entity that focuses on causes within its realm and elects an "emperor" and an "empress."

The 2015 beneficiaries of the April 11 event were the National Gay And Lesbian Task Force and the Lesbian, Gay, Bisexual and Transgender Community Center of New York.

"It's a great showing of community coming out and supporting each other. It's fantastic to see people of all races, creeds, colors, sexual orientations showing up and having a good time," Natasha Jewel Dennis Carrington of the Imperial Court of Washington, D.C., who wore a Liza Minnelli-inspired gown and an Eva Peron-style hairdo, said. "You can be a black lesbian or transgender or like myself, a dude in a dress, which is my tagline -- and no one looks at you any differently because we're all here for the same reason."

The Queen Mother of the Americas, Nicole the Great, felt similarly, noting, "This is all about volunteering and love."

Pioneering HIV/AIDS advocate and "The Normal Heart" playwright Larry Kramer was honored with the organization's Imperial Diamond Award. True to form, the 79-year-old Kramer didn't shy away from politics in his acceptance speech, urging the crowd to "force this government and this Congress...to get off their tuchus and really get to work" for LGBT equality.

The Imperial Council of San Francisco celebrates its 50th anniversary next year, although the current reigning emperor, Kevin Lisle, said he felt the organization's passion is the strongest it's ever been.

"If I'm able to inspire someone to do something in support of the community, then my job is fulfilled," he said. 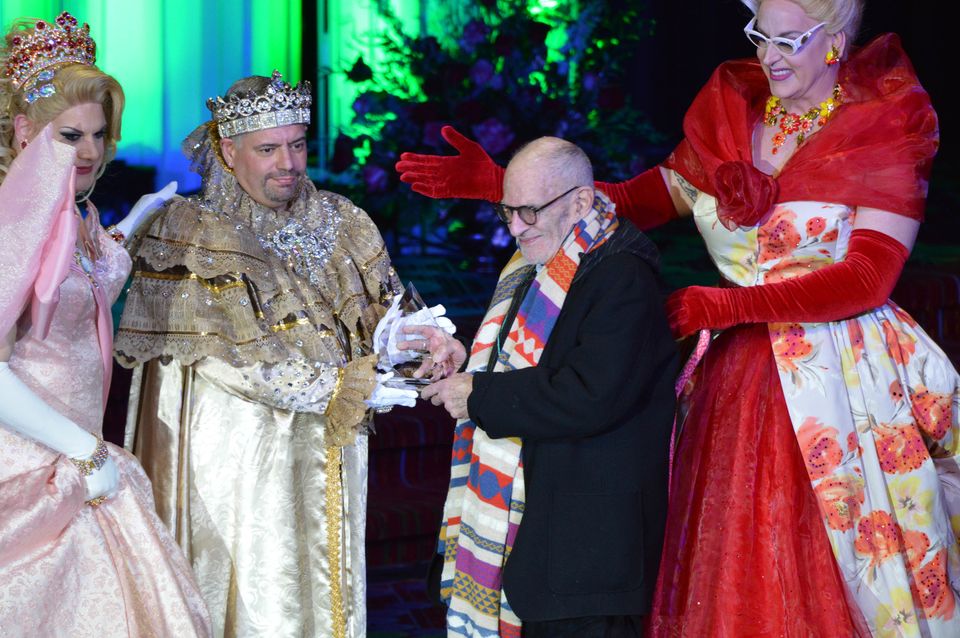