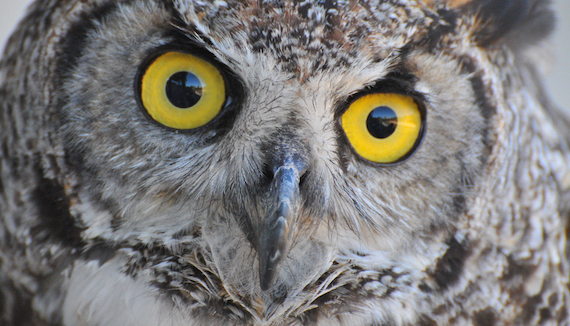 If you're a late riser, there's a good chance that you have, at one point, been made to feel inferior to the seeming moral superiority of your early riser friends and colleagues.

Unlike early birds (people who have a genetic tendency to go to bed and wake up early), late risers, also known as night owls, have a natural tendency to go to bed late and sleep even later [1]. And that's just fine. Although you may sleep though the early morning hours, which many early birds claim are their most productive of the day, for night owls these productive hours manifest themselves much later in the day.

In night owls, melatonin secretion begins very late [2], which makes it easy for them to stay awake (and productive) well into the night. Because of this, as quoted from Sleep: A Very Short Introduction [3] by Steven W. Lockley and Russell:

Evening types wake earlier in their circadian "day" and are therefore more sleepy and poorer performers in the morning but do not decline as much as morning types by the end of the day.

The undeserved "lazy" stigma given to night owls comes about due to the early birds of the world never seeing you at your most productive because, ironically, they're often fast asleep by the time you get going.

In his book Internal Time: Chronotypes, Social Jet Lag, and Why You're So Tired [4], Till Roenneberg comments:

The postman doesn't think for a second that the young man might have worked until the early morning hours because he is a night-shift worker or for other reasons. He labels healthy young people who sleep into the day as lazy -- as long sleepers.

But as Dr. Christopher Drake, a senior scientist with the Henry Ford Sleep Disorders and Research Center in Detroit commented, "The human body needs approximately seven to eight hours of sleep a night to maintain optimal alert levels during the day." Though scientists have recognized that there are indeed a sleepless elite that can run on a small amount of sleep [5], chances are you're not one of them (and neither are your early-rising friends and colleagues). When asked about such an elite, Dr. Drake was skeptical, stating, "Many of these famous people, like Thomas Edison, took naps, or were very sleepy during the day. And imagine how much more brilliant and productive they would have been if they'd gotten more sleep." [6]

Dr. Charles Czeisler, director of sleep medicine for Harvard Medical School, spoke to The Wall Street Journal in 2008 on how caffeine doesn't in any way reduce your need to sleep, commenting, "It's like taking an aspirin to lower your fever. You're not addressing the source of the problem." [7]

Caffeine does an excellent job of "overriding" your sleep drive by temporarily blocking the receptors that register drowsiness [7] -- something I've previously spoken of on the subject of afternoon fatigue -- but in this regard, sleeping when you're tired, if you're lucky enough to be afforded such a luxury, is better for your health than forcing yourself to get up early, then piling yourself with coffee, tea, or energy drinks to stay awake. [7]

Of course, night owls can take little comfort in any of this if you have a job that requires you to work a "standard" work day, or you have children that have to be fed, watered, and sent off to school early.

Though in an ideal world you'd be able to sleep in a few more hours in the morning, if you're forced to adhere to an earlier schedule there are a number of things you can do to improve the quality of your day, including:

Late risers shouldn't feel pressured into "becoming" an early bird. One isn't better than the other; the most important thing is you know what works for you. When you figure out when you're most productive, the rest will fall into place.