In celebration of the big Edward Hopper exhibition at New York's Whitney Museum of American Art, the institute has decided to give one of the artist's most famous paintings a 3D update. 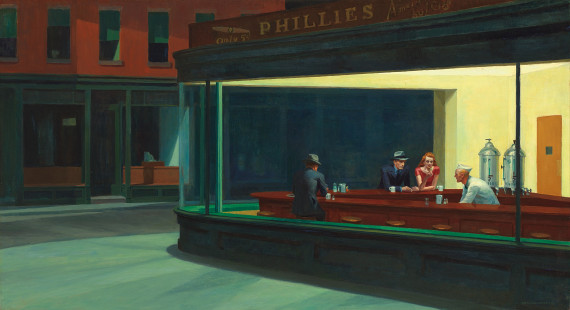 The painting is called "Nighthawks" but you might just recognize it as that iconic diner scene in which a group of well-dressed patrons sit underneath the golden yellow light of a late night establishment. The masterpiece has been vacationing in NYC this summer and fall, temporarily housed at the Whitney as part of the "Hopper Drawing" show.

To promote the exhibition, the Whitney crafted a life-sized version of the 1940s masterpiece that was unveiled this week in the city's Flatiron Prow Artspace. Made possible by Imagination The Americas, Inc., the gator board cutout stands as a pretty impressive recreation of the original tableaux. The actual diner featured in Hopper's painting most likely never existed, but the shape of the Flatiron building pretty perfectly captures the "Phillies" angular appearance.

Scroll down for photos of the IRL Hopper double and let us know your thoughts on the reimagination in the comments. You can view the work for yourself until October 6, 2013. 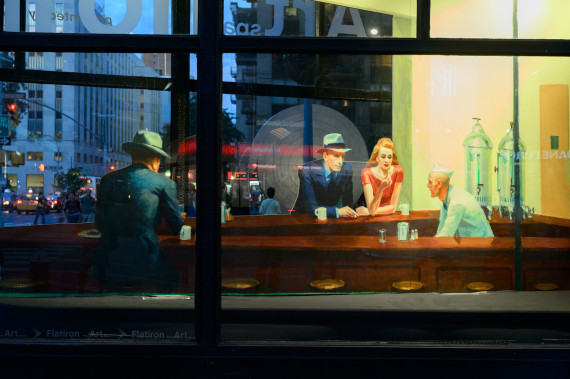 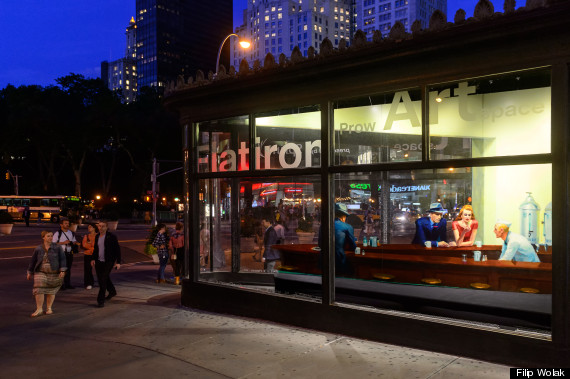 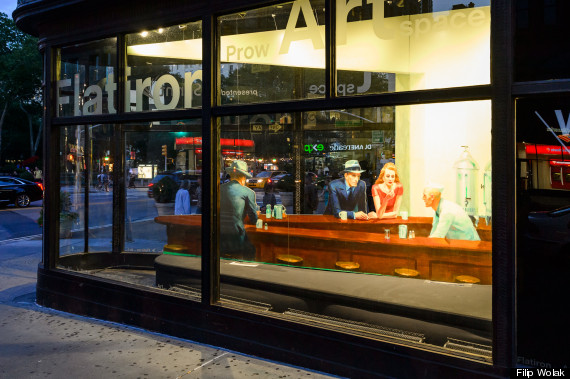 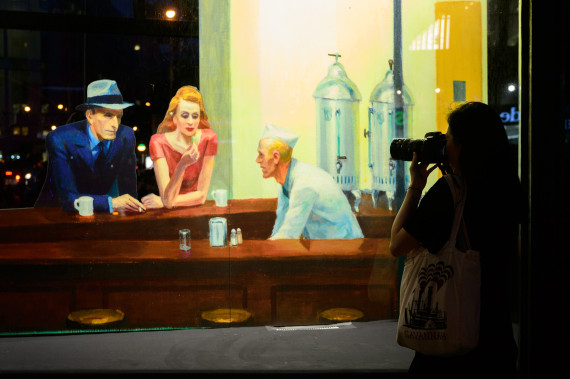 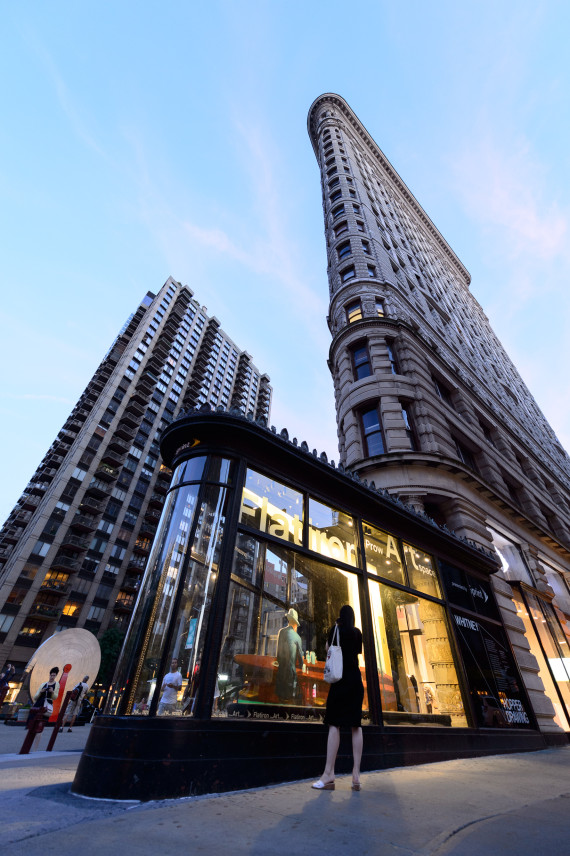 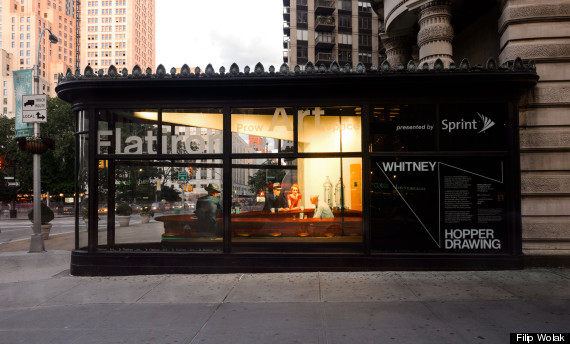 All photos by Filip Wolak.