When Patrick McMullan was in the ninth grade, he told his guidance counselor he didn’t know what he wanted to do with his life. When pressed to provide some sort of career outlook, he said what most teens would say: “Well, I like going to parties.” The guidance counselor was less than impressed, telling McMullan, “Well, forget it. You’re never going to find a job going to parties.”

And then, he did.

McMullan, who recently syndicated his entire collection of photographs with Getty Images to increase their visibility, has become a mainstay in the celebrity nightlife scene. Over the years, he’s given us myriad iconic photos (like the one below of a young Leonardo DiCaprio goofing around in New York City.) Not only has he managed to carve a spot for himself in the industry, he’s also made plenty of famous friends along the way.

McMullan’s interest in shooting celebrity nightlife stems from his general love of parties and a desire to capture all types of people. Building relationships with stars is just a bonus, he claims, that comes with the territory.

“I’m not necessarily somebody that’s wanting to be best friends with big stars, it’s nothing like that,” he told The Huffington Post over the phone. “It’s more of an interest in the palettes of people that color the world. There’s all these interesting people that are doing amazing things.”

Sometimes those “interesting people” turn out to be the next big thing.

“I remember being at a big party with Jack Nicholson and Anjelica Huston and everyone was around them, and somebody asked me, ‘Have you met Madonna?’” he explained. “I didn’t know who Madonna was, [she was just] a young girl. I said, ‘I’d love to meet her.’ She turned out to be bigger than anybody else.”

“Everybody, to me, is of interest,” he added.

And while McMullan photographs celebrities, he offers a suggestion on what differentiates him from the average paparazzo. Unlike the men and women who go to great lengths to capture stars in shocking or compromising situations, often without consent (see: photos of a nude Orlando Bloom or Britney Spears shaving her head), McMullan makes sure to get the consent of his subjects ― the first step in getting a good photograph, he noted ― and does his best to show them in what he considers to be a positive light.

“I really never wanted to make anyone look bad. If people appeared in a column I did, I wanted them to know, this is a good thing,” he explained. “I’ve always been pro-choice in all matters of life ― no one has to do something that they don’t want to do, if they don’t want to.”

McMullan also describes himself as very hands-on. He’s not the type of photographer who will hide behind his lens at a party, silently snapping away in hopes of getting “the shot.” Instead, he takes it upon himself to introduce famous party guests who’ve never met ― a method he seems quite proud of.

For instance, he said he introduced Tesla founder Elon Musk to actress and comedian Amy Schumer (Musk’s mom later asked McMullan to send her the photo), and Raquel Welch to Mary Tyler Moore. Then, there was that time he introduced Bill and Melinda Gates to Rita Wilson and Tom Hanks.

“I remember saying to Bill, ‘Would you like to meet Tom Hanks?’ and he said, ‘Can I bring my wife?’ It was the cutest thing,” McMullan recalled.

There was also the time he introduced actor Tom Cruise to euthanasia activist Dr. Jack Kevorkian at a Time magazine anniversary party. He described the moment, saying, “I was with Dr. Kevorkian and I introduced him to Tom who said, ‘I love your work.’ Kevorkian looked at me funny and I said, ‘I think what Tom means is that you have crossed a very important barrier.’ And Tom said, ‘Yes that’s what I mean.’ We all laughed a bit and I took the picture.”

It could be argued that McMullan’s method of arranging meetings between party guests results in a manufactured image, one that lacks the candid nature of a paparazzi shot. But for a man who considers himself the “ultimate party guest,” the mingling seems to be his way of making public outings a little more interesting.

After all, he’s been in the business for decades. And as someone with that much experience photographing nightlife, McMullan has seen plenty of changes in an industry he believes will continue to evolve. “In the near future, I think it’s going to be more of the same but it will be a little bit more curated,” he said, adding that photographers, celebrities and stylists will “walk away with exactly what they want.”

The far future, as he explained it, sounds a bit like a cross between “Blade Runner” and “Ex Machina.”

“In the future, everybody’s going to have their own avatar,” he said. “You might say, ‘Oh, I didn’t go out but I sent my avatar,’ or ‘Oh, it wasn’t really me. It was my avatar who had sex with Tom Hiddleston.’ You could have more than one avatar that goes out and then all the photographers would go, ‘Oh, it’s the avatar.’ It could be really fun. You can be at home, controlling your own avatar. I think that’s going to happen. I’d still take pictures of the avatars if they’re dressed nicely!”

Beyond avatars, McMullan predicts the future will bring us more celebrities like Sia who choose to hide themselves in plain sight. “You’ll know when they’re there, but you won’t really know what they really look like. And I think that might be a good thing, because then people can have it all,” he said.

Whatever happens, McMullan will be there to witness the changes. Because in his heart, he’s a still that kid in high school who loves going to parties. 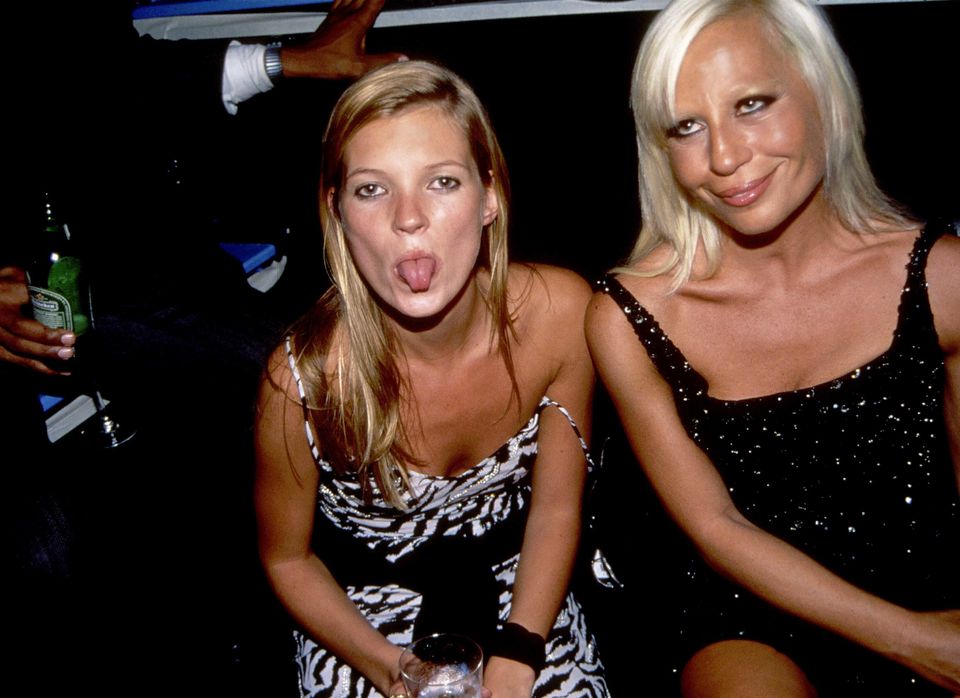