Restless sleepers and sleep-deprived parents know better than anyone the precious commodity known as a good night's sleep. Unfortunately for many of us, waking in the middle of the night -- either because of a child or because our bodies can't seem to relax -- is an all too common occurrence, and the resulting consequences can have a lasting effect on the whole day.

"One of the worst things you can do is turn on a bright light," Grandner tells the web series #OWNSHOW in the above video. "That light can end up making it much harder to get back to sleep."

It sounds like common sense, but it's often instinct for people to flip on a light at night as they shuffle down an otherwise pitch-black hallway or when they sleepily wander into the bathroom at 2 a.m. This is exactly what you want to avoid, and Grandner explains the scientific reason why.

"Light hits the eyes and it travels from your eyes to the brain. In your brain, there's a clock that uses this information from light to try and set all the different rhythms in your body," he says. "It's expecting it to be dark at night and bright during the day, and it uses that information. But when it gets information that it's not expecting, it can throw off the clock... You know better, but your brain doesn't always."

So what's the alternative? Use a small light or a night-light -- but not just any color, Grandner says. He suggests using a red- or orange-hued light.

"The reason why the reddish, yellowish, orangish light is better is because the light that your eyes use to tell daytime versus nighttime is blueish-greenish light," he says. "But in reddish-orange light, you don't have those frequencies, so it won't give as much of a daytime signal."

And if you think playing around on your cell phone is a harmless way to overcome your sleeplessness, think again. "The light that's coming from them is pretty bright, but not extremely bright. The only problem is it's so close to our eyes," Grandner says. "If you're going to be doing that at all, you want to lower the brightness all the way."

Still tossing and turning? Learn about the perfect temperature to help get a better night's rest. 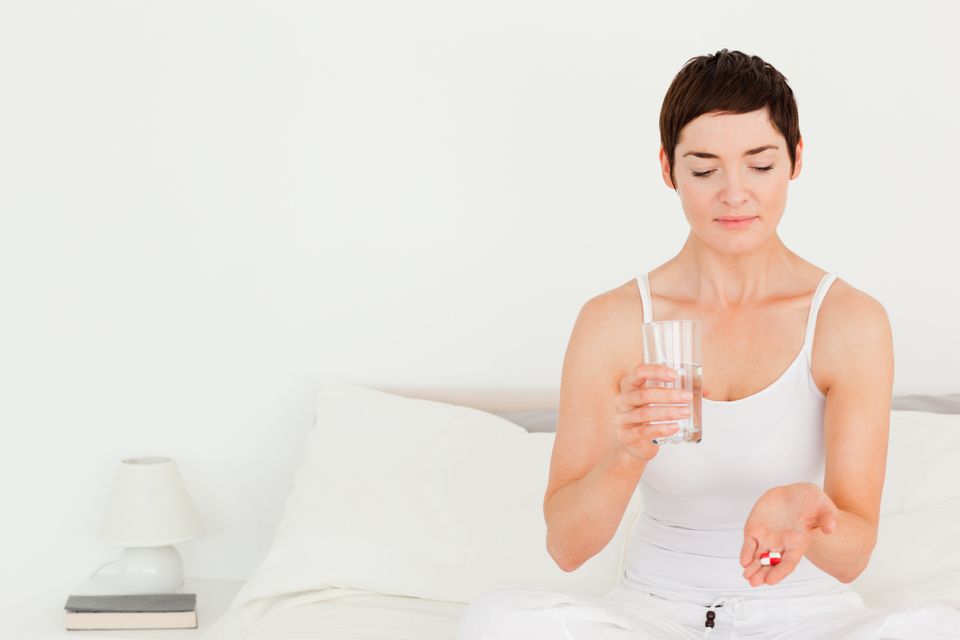 1 / 5
Don't: Pop the Wrong Pills
A stuffy nose keeps sleep at bay, but so does pseudoephedrine, the main ingredient in many OTC decongestants (it's been known to cause insomnia). <br> <br><strong>Do: </strong>Breathe easy with a decongestant formulated specifically for nighttime use. These usually contain antihistamines, which have been known to make people drowsy.
Alamy