Kathryn, 84, is anxiously waiting in the pit of the Daytona Racetrack for her once in a lifetime ride on the iconic track.

"I've been waiting all my life for this," she says as she reminisces about trips to the racetrack with her late husband. "My husband really loved the Daytona Races and it was great; I just loved it."

"If Larry knew I was here he would kill me.  He would say, 'Kathryn, you have to take me with you!'" 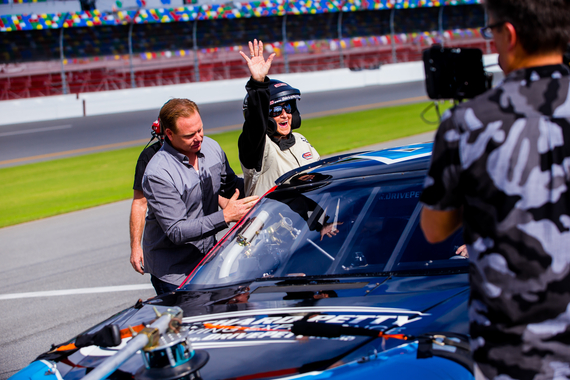 When Kathryn was younger she came to Florida with just her car, a television set and of course her shoes. She first met her husband in Orlando. "He sang tenor and I sang soprano. We'd always go dancing and sing karaoke," she said.

Today, Kathryn is fulfilling a dream not only for herself but for her husband who suffered from Alzheimer's disease over 15 years ago.

"We loved to dance, and in the late stages when he heard the music he went into tears. And you want to know something? I had the same thing happen to me a couple of weeks ago, and I really understand. I really miss him. I tell people, life is not easy. You get out what you put into it. You have to have strength and guidance."

Smiling as she looks up towards the sky, Kathryn turns to me and says, "Look out here today, have you ever seen anything so beautiful? I am so grateful."

To celebrate the 25th Anniversary of the Rebel camera, the first DSLR camera available to consumers, Canon has teamed up with Nik Wallenda to help senior citizens check items off their personal bucket lists as a part of Canon's Rebel With A Cause. 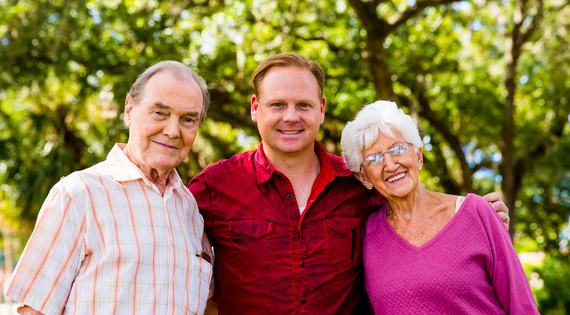 Nik Wallenda, 34, is a world renowned daredevil notably known for his high wire walks across the Grand Canyon and Niagara Falls. He holds numerous World Records and doesn't believe in giving up.

"I always say its not about impressing others because my family's done this so long it's hard to impress them. My mom was 6 months pregnant with me and still walking on the wire. It's not a career, it's not an occupation, it's my life." Nik said.

"I promise you this has nothing to do with Canon," he says with a genuine smile, "but it's about painting a picture. It really is to me.  It's about that photograph; to capture that moment for a lifetime.  His cause is to inspire others through his actions. He explains, "I want people to step out on the edge, to run the longest race, to climb the highest mountain." 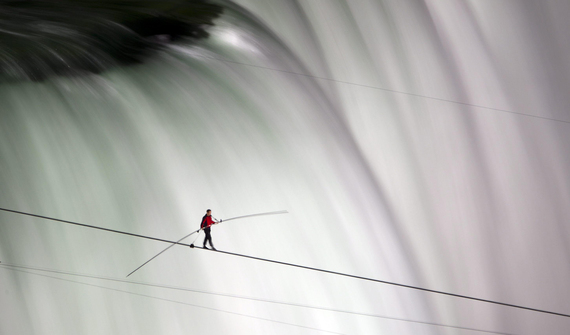 As many wonder, Nik doesn't have any pre-rituals and enjoys looking down at the view when he's hundreds of feet up on the wire. It's all about the scenery around him. "The Grand Canyon was unbelievable; Niagara Falls was pretty stinking amazing. Talk about a postcard!" he said.

We sometimes are our own biggest enemy. "We shouldn't set limits on ourselves," Nik says. "Power of the mind.  It's about controlling negative thoughts.  I think any one of us here can do anything they want in life. It's really all about the mental capability."

"Live with no regrets and never give up" is the motto Nik has lived by his entire life. "It's really what my family has embodied in 7 generations over 200 years.  Lots have been lost, there's been challenges, tragedies but there's also been triumphs.  We've always lived everyday like it's our last and not given up no matter what challenges we faced." 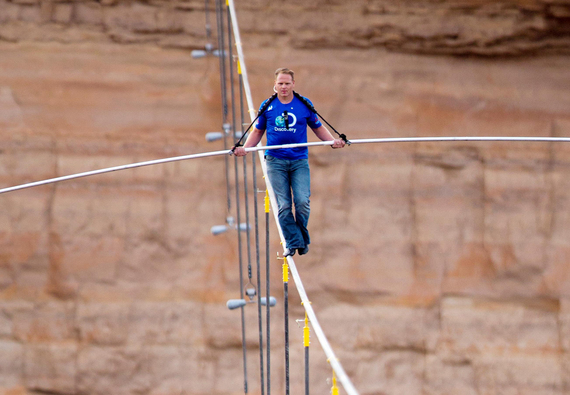 As far as Nik's bucket list goes, "I'm always thinking about the next 15," he said. Nik wants to walk across the pyramids in Egypt, the Bosporus from one continent to another, walk across an active lava volcano, the Nile with crocodiles eating aggressively, and the Hoover Dam to name a few.

Channing, 88 wanted to fly planes all his life. He didn't think he was ever going to until he met Nik. 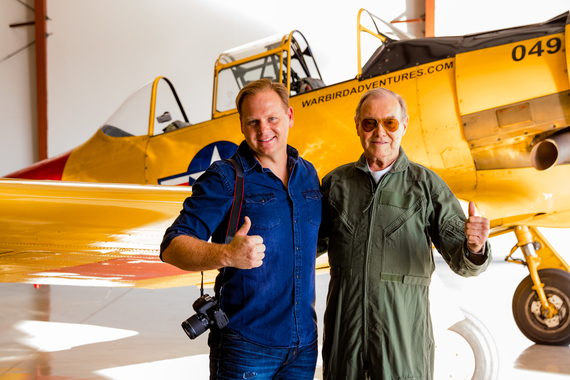 When talking about Channing's journey, Nik explains, "He's 88, he went in the military and his goal was to fly planes and after he got there he found out very quickly that he wasn't going to go and fly a plane."

Flying a war plane has been on Channing's bucket list since he was in World War II. Channing says, "I saw all the fighters going up and I wanted to be there; I wanted to fly. This is a fulfillment of an ambition.  It's something I've always wanted to do and didn't think I would ever have the chance." 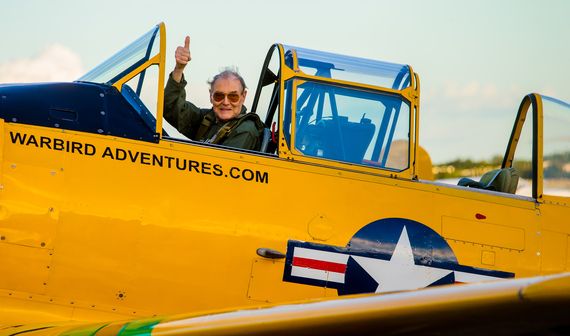 When asked what he would tell his younger self, Channing responds, "You can live your dreams."

I found it noble and mesmerizing that in each interview there was no sign of fear or nerves but rather genuine, glowing smiles. The type of smile that you can't hide even if you tried to. Thank you Nik Wallenda and Canon for the breath of fresh air; for showing us that you're truly never too old to chase your dreams. Race after them, fly after them, and always remember to enjoy the ride.