In what may be the most awkward wrong number mishap ever, San Franciscans annoyed by the early morning noise from the Nike Women’s Marathon this weekend were accidentally directed by the city to call a phone sex hotline.

Residents fed up with the race’s 5:30 a.m. music and announcements on Sunday called the city’s 311 line, which kindly asked residents to instead call 1-800-RUN-NIKE, the San Francisco Chronicle reported. The only problem? That’s not the Nike Women’s Marathon number. That’s a woman telling callers to "unzip that fly, baby."

That phone number belongs to a Pennsylvania-based phone sex company called Lust, which probably isn’t what groggy residents were looking for after being unexpectedly awoken hours before sunrise.

The number San Francisco likely intended for residents to call was 1-866-RUN-NIKE, as listed on the marathon’s website.

Regardless, the 10th anniversary of the San Francisco race was deemed a success, with 30,000 participants raising millions for cancer research.

PHOTO GALLERY
15 Autocorrects That Will Make You Laugh Out Loud 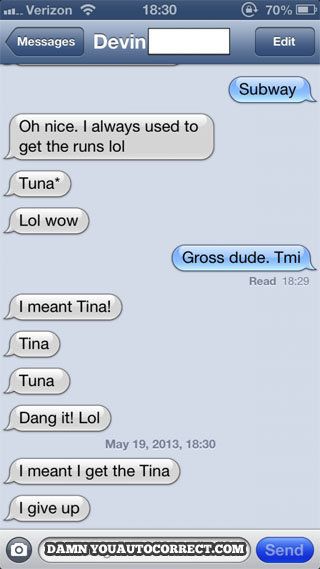