As anticipation builds toward the FIFA Women's World Cup, Nike revealed its latest kit for the the 2015 U.S. Women's National Team.

The coolest part? Each kit is made using an average of 18 recycled bottles, Nike said:

Each piece of the kit -- the jersey, shorts and socks -- is constructed with recycled polyester, which is made from recycled plastic bottles that are melted down to produce fine yarn used to create the fabric. [...] Since 2010, Nike has diverted more than two billion plastic bottles from landfills into recycled polyester -- enough to cover about 3,500 football pitches. By using recycled polyester Nike is also reducing the energy consumed in the manufacturing process by up to 30 percent compared to virgin polyester.

Nike fielded some criticism for the design because the jerseys are missing any noticeable display of Old Glory's red, white and blue. Nike’s vice president of North America communications, Charlie Brooks, pushed back: "Not every team pays homage to the flag," he said, according to For The Win.

The company said this is the first year they've made "women’s-specific integrated soccer cleat." The women's U.S. jerseys will be available for sale through Nike's Soccer App on April 22 and in Nike stores starting April 23. And for all the fellas who want to support the women's team as they compete in Canada this summer, the women's kit is also available in men's sizes. 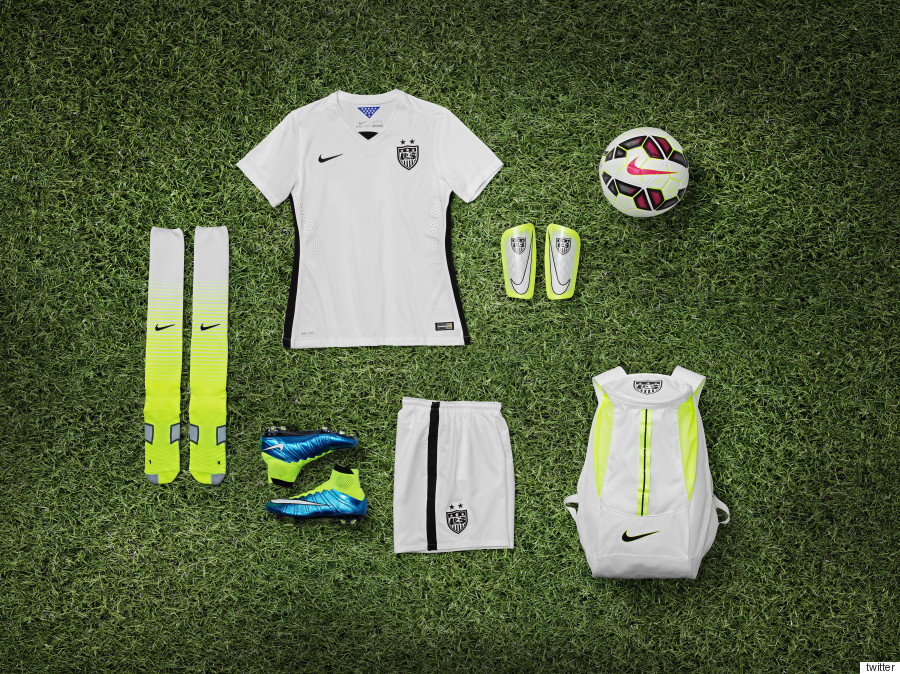 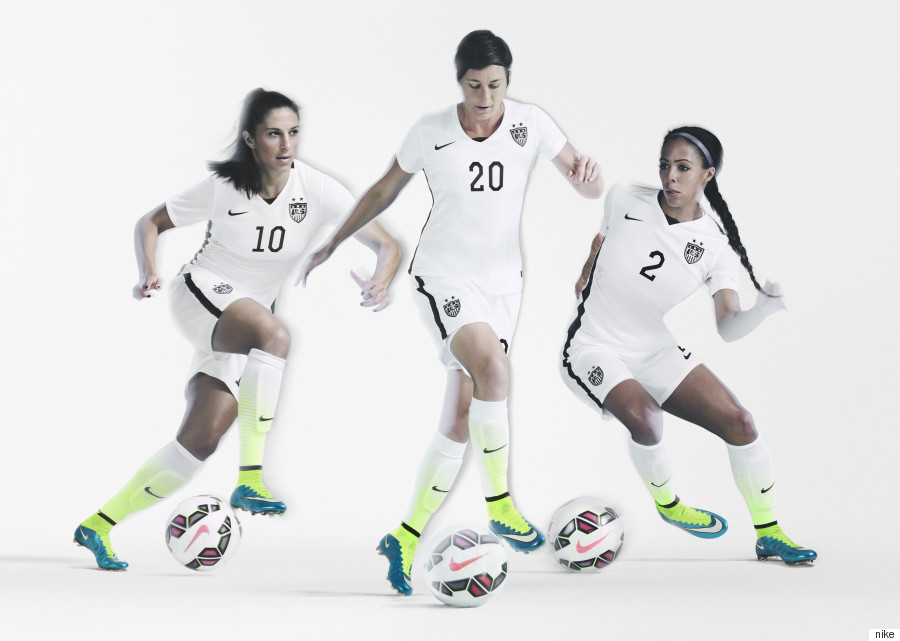 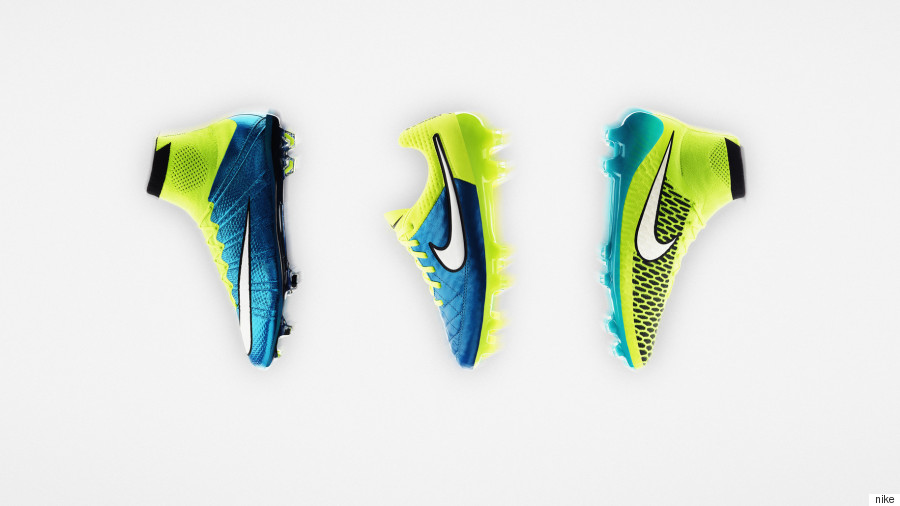 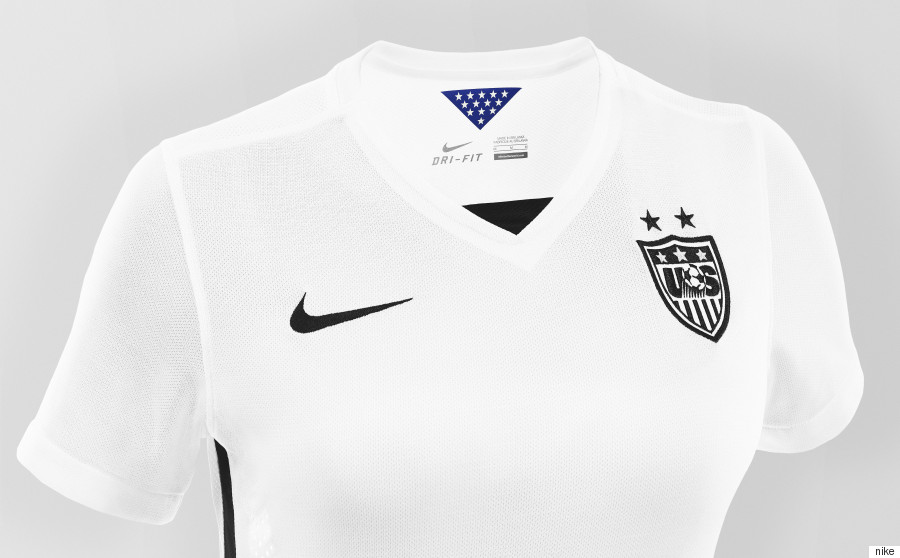