If you ever meet someone who doesn't understand that sexual harassment is a big deal, invite them to play "Freshman Year."

The interactive game, created by game designer Nina Freeman, follows a character named Nina as she goes to a bar to meet up with a friend. As Nina navigates the evening, you get to make decisions for her each step along the way. 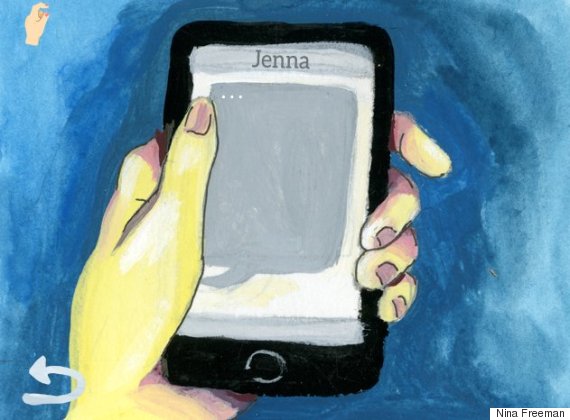 In the game Nina gets ready to go out with a friend who invited her to a bar. Nina's friend is late meeting her, and the game lets you choose what she does next -- change into a miniskirt, or stay in jeans and a sweater? Wait for her friend outside, or head into the bar alone? Regardless of the choices made, Nina ends up being sexually harassed and assaulted by a bouncer.

The game is an autobiographical vignette based on a night Freeman had in college, and stepping into Nina's virtual shoes is a chilling experience. It's even more impactful when you consider that 1 in 5 college women will experience sexual violence during their time at college, and the majority of these assaults are unreported. Even when a victim does file a complaint, fewer than one-third of reported college sexual assault cases result in an expulsion.

"I was trying to evoke the fear and confusion that I remember feeling when I had this experience as a college freshman," Freeman told The Huffington Post. "This incident was largely brushed aside by my friends at the time as 'not a big deal,' because 'it happens to everyone.'" 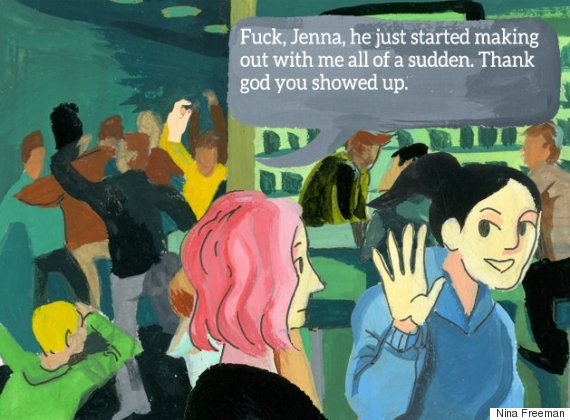 Freeman hopes that the game will show people who may not have been harassed just how harrowing the experience can be.

"I always wanted to make something that could help people understand that being harassed is indeed a big deal," she said. "I know it's a big deal, because I experienced it, and it was scary and traumatic. Freshman Year is meant to help [a] player embody my lived experience, so that they may better understand the gravity of my experience with harassment."

Check out the game here.